Fargo Cass County public health officials say that elementary students have been caught vaping in and around public grounds in Cass County.

These cases also include private settings like residential buildings and reportedly near schools and playgrounds.

Cass County public health agency announced the “Spot the Signs” campaign which launched this month to educate parents and their children.

Health officials also say kids are getting ‘sneaky’ and have found out ways that they can vape in cars without their parents even noticing.

While these claims are coming from experts, it seems like it’s a stretch, given that most people might sense certain scents and flavors.

The experts, however, call the practice of holding in vapor in their lungs long enough for the scent and cloud of vape to disperse as “zeroing out.”

The Fargo Cass Public Health Tobacco Prevention Program notes the agency that the education efforts behind the Spot the Signs campaign is to improve smoke-free environments while also assisting those who are ‘ready to quit.’

Fargo Cass Public Health shared the following signs that parents can keep an eye out for:

Spot the Signs campaign also educates parents and kids about ‘spotting nicotine addiction.’ Public health authorities say that children may be addicted if:

According to Fargo Cass Public Health, the 2019 Youth Risk Behavior Surveillance System — a national public health survey managed by the U.S. Department of Health and Human Services — found that 1 in 3 teens in North Dakota say they have vaped. 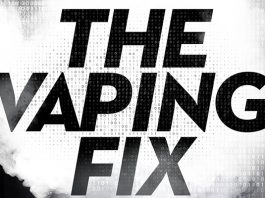