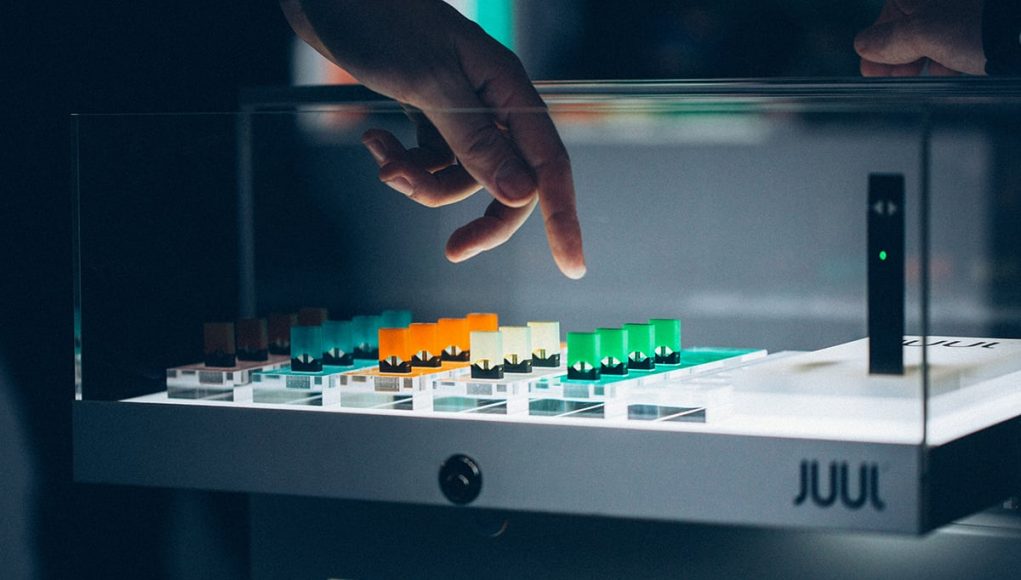 E-CigIntelligence revealed that the deal between UKVB, a subsidiary of the Totally Wicked Group, and Juul UK, makes the former an exclusive distributor of Juul products through independent vape stores. The manufacturer has calculated that before the pandemic hit its products were available in approximately 1,200 retailers in the UK, a figure it aims to double via this “long-term agreement”.

Juul products will adhere to the “Challenge 25” retail strategy, which encourages retailers to check ID if a purchaser appears to be under 25.
A UKVB spokesperson said that the distribution deal has gone into effect since mid-April, which coincided with the reopening of non-essential shops following the latest COVID-19 lockdown.

Juul is also expected to offer the new stores promotional material to facilitate the sales of their products, these include counter-top units and branded shelf strips. “We will make sure they can promote the brand as effectively as possible,” said a Juul spokesperson.

Moreover the products will have standard prices and promotions, and will adhere to the “Challenge 25” retail initiative. The latter encourages retailers to check ID if a purchaser appears to be under 25, whilst also extending its mystery shopper and age-verification training programme to train new retailers.

Meanwhile in the US, Juul faces yet another challenge as a major ongoing lawsuit in California against is set to move forward after a judge ruled in favour of racketeering claims against Juul and Altria.

The plaintiffs, which include municipal governments and school districts across the US, lost their first round of racketeering claims last October. However, disclosed E-Cig Intelligence, William Orrick, a US district judge for the Northern District of California, has refused to dismiss the latest claims, which include direct accusations towards five current and former Juul executives.

In a 30-page order issued on the 13th April,Orrick said the new claims were legally sufficient, based on added allegations about the individual directors’ “numerical control of the board, knowledge about Juul’s youth appeal and the growth of under-age users, significant involvement in marketing decisions, and unusually active roles in management and decisions from which they profited billions of dollars”.