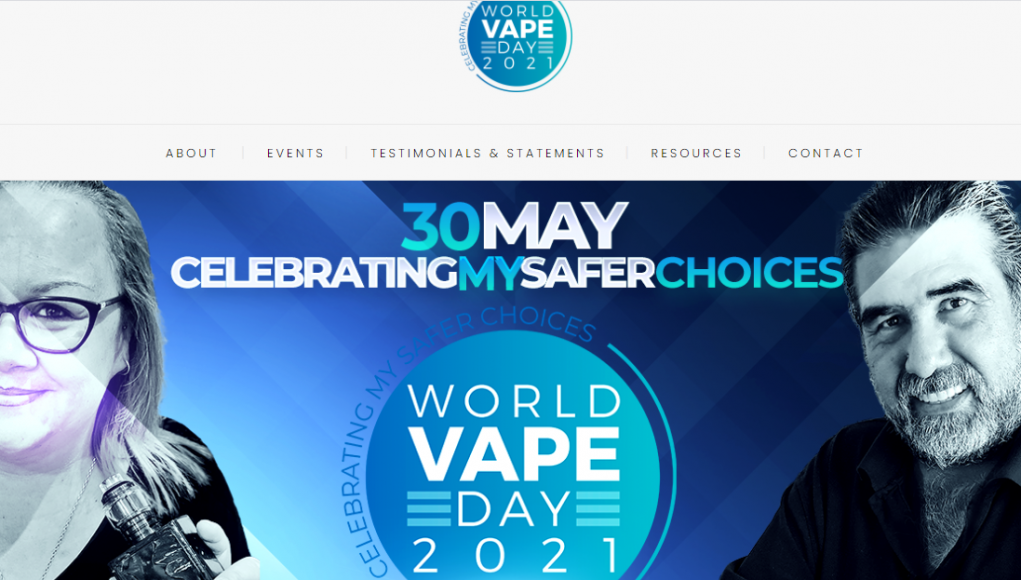 Facebook
Twitter
Pinterest
WhatsApp
An estimated 125% increase in Twitter traffic related to World Vape Day, from May 29th to June 2nd in comparison to the same time last year, has been reported.
On the 30th of May, millions of vapers, e-cigarette users and harm reduction advocates across the globe, celebrated World Vape Day. The aim of the event is raising awareness about the relative safety of e-cigarettes and their potential as harm reduction and smoking cessation tools, with the goal of encouraging smokers who are unable to quit unaided, to do so by switching to the safer alternatives.

The Coalition of Asia Pacific Tobacco Harm Reduction Advocates (CAPHRA) said that this year there was an unprecedented level of social media engagement. “The social media analytics for World Vape Day are impressive. It enjoyed huge growth in the number of postings, followers, and positive comments. Without doubt, #WVD21 gained much more traction than 2020’s event,” says Nancy Loucas, Executive Coordinator of CAPHRA.

A press release by the group said that estimates reported a 125% increase in Twitter traffic related to World Vape Day from 29 May to 2 June, compared to the same period last year. Just like in previous years, this year’s World Vape Day highlighted smoke-free nicotine products as safer alternatives than cigarettes, encouraging smokers to switch to the products in order to quit smoking and/or reduce harm.

Excitement about the occasion in the Philippines

President of the Philippines consumer group Vapers PH and CAPHRA member, Peter Paul Dator, said that the local excitement ahead of the Senate’s approval of vaping products, was reflected in the levels of engagement in the event. “If you judge it on information, views, and support exchanged across our social media platforms, World Vape Day this year was undoubtedly the biggest we’ve seen in the Philippines. It was boosted by the fact it’s a really positive time as we await the Senate’s formal support for vaping,” said Dator.

An increase in interest in #WVD21 was also measured in New Zealand, and is being attributed to the recent passing of the Smokefree Environments and Regulated Products (Vaping) Amendment Bill. While sadly, noted the press release, many of Australia’s 500,000 vapers were engaged with World Vape Day out of growing desperation.

To mark the occasion, a number of speakers who have public health and harm reduction at heart, contributed and shared their views on the RegWatch 3-hour show. The live event has been recorded and may still be accessed by interested parties.

Meanwhile, the World Health Organisation (WHO) has once again used World No Tobacco Day, which falls a day after World Vape Day, on the 31st of May, to demonize vaping. To this effect consumer groups in the Asia-Pacific region have launched a petition at change.org/v4v-petition that urges the agency to respect consumer rights and to stop demonizing Tobacco Harm Reduction options ahead of the next biennial meeting of the WHO Framework Convention of Tobacco Control (WHO FCTC), taking place next  November.