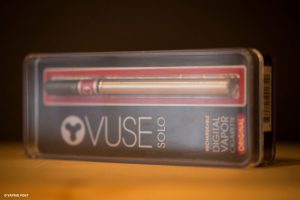 Vuse was designed with sustainabilty in mind. It’s packaging is made from 100% recyclable cardboard, while the ePod device kits and pod packs are plastic film free.
The London-based tobacco company has been investing heavily in non-combustible nicotine products and is aiming for 50 million users of their smoke-free products by 2025. Earlier this year, it reported having attracted 1.4 million new users of vaping and heated tobacco products and nicotine pouches in the first quarter of 2021, as it seeks to make cigarette alternatives profitable by 2025.

BAT’s shares have gained more than 2% in early stock market trading, after it reported a strong performance in both cigarettes and “non-combustible” products such as Vype, its flagship vapour brand, which has now become Vuse.

Vuse is the biggest closed vaping system offered in the UK with a market-leading share of overall sales at 44.2%. It provides adult consumers with a wider range of enjoyable and less risky products, including vaping products. All models are backwards compatible so users can Vuse pods on Vype devices, and vice versa.

“The fastest-growing closed system brand in the UK”

The device was also designed with sustainabilty in mind. It’s packaging is made from 100% recyclable cardboard, while the ePod device kits and pod packs are plastic film free, and the silicone caps have also been removed from ePen3 pods.

“In a fast-growing market, Vype has exceeded our expectations. It’s the fastest-growing closed system brand in the UK, with year-on-year growth of 44% overall (and 36% in the independent and symbols category) in 2021. It also boasts a market-leading share of sales overall (44%) and in independent and symbol stores (38%), as of early April (Nielsen),” said Head of BAT UK Trade Khurram Durrani.

BAT now has a total of 14.9 million smoke-free products’ users

Meanwhile, as the 1.4 million increase in users took it to 14.9 million, less than a third of the company’s target, sales will have to continue picking up pace if BAT is to achieve its goal. The company also aims to achieve annual revenues of £5bn from three new products – Vuse vapes, Velo oral nicotine pouches and Glo heated tobacco, by the same date. This will require significantly higher growth than it achieved last year, when it reported sales in that category of £1.4bn, up 15% year on year.