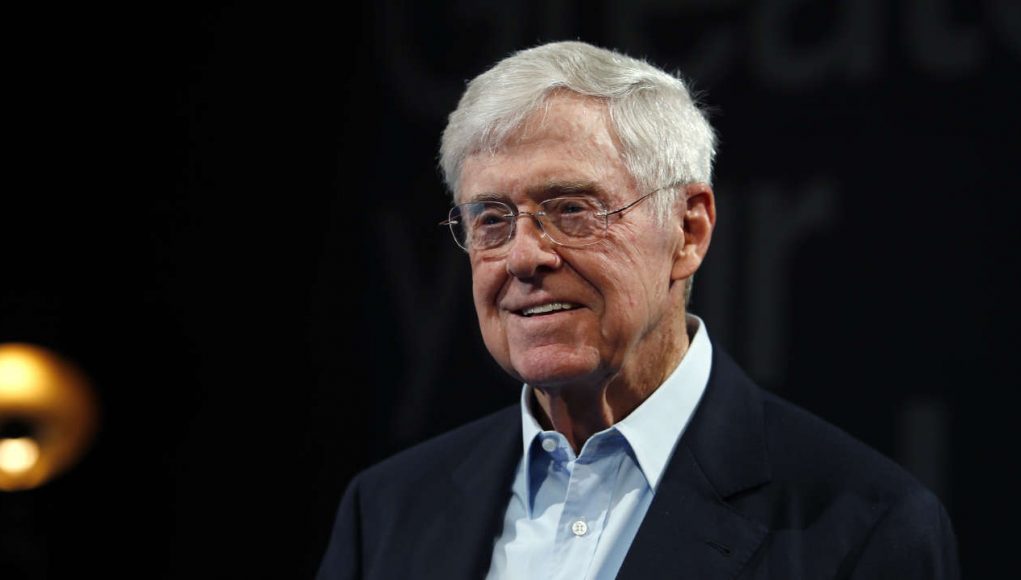 Marijuana legalization advocates just scored a powerful new ally. He’s 85 and has a net worth of $45 billion.

WASHINGTON — Libertarian-leaning mega-donor and industrial billionaire Charles Koch said that he will donate $25 million in an effort to legalize recreational marijuana.

“It should be the individual’s choice,” Koch said during an interview with Forbes. “[Prohibition] is counterproductive. It ruins people’s lives, creates conflict in society and is anti-progress. The whole thing never made sense to me.”

Koch is known for running a major business empire that has supported conservative and libertarian political efforts in the United States and across the world. His namesake business, Koch Industries, is active in manufacturing paper products, processing minerals, creating fertilizers, and refining oil and oil byproducts.

His support for the legalization of marijuana stems from his strong libertarian political position. Despite certain political objections, marijuana legalization advocates have adopted funding from Koch’s massive network to support the effort across the country.

Most American citizens agree with Koch. A whopping 70 percent of citizens, regardless of political ideology, support the concept of legal cannabis and the liberalization of the crop.

Currently, at least eighteen US states have legalized recreational marijuana in one form or another. At least 37 states now have some sort of medical marijuana programs.

Koch, speaking rhetorically to the politicians against marijuana prohibition: “If you don’t like marijuana or don’t like people doing that, and you have all these laws, how’s that working out for you? Marijuana, as I understand it, is less addictive than alcohol. So why is alcohol legal and marijuana isn’t?”

The group is called the Cannabis Freedom Alliance (CFA), with backing from groups like Americans for Prosperity, The Weldon Project, the Reason Foundation, the Law Enforcement Action Partnership, and the Global Alliance for Cannabis Commerce.

CFA, via its website, “seeks to end the prohibition and criminalization of cannabis in the United States in a manner consistent with helping all Americans achieve their full potential and limiting the number of barriers that inhibit innovation and entrepreneurship in a free and open market.”