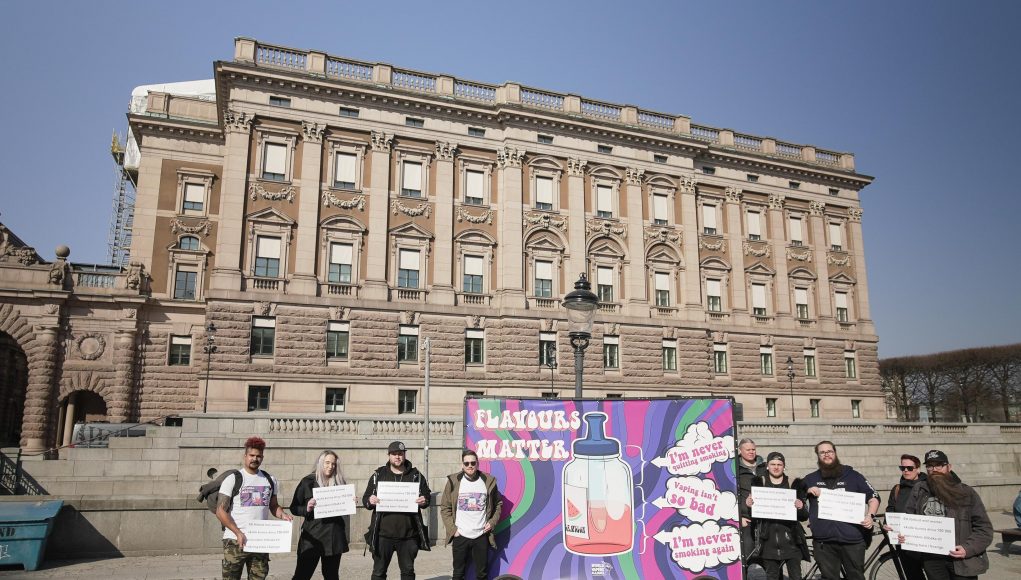 Last February Sweden’s Ministry of Social Affairs announced plans of a vape flavour ban. The announcement certainly took many by surprise, especially given that in 2018 Sweden reached a Smokefree status by endorsing the use of another nicotine alternative product.  Naturally tobacco harm reduction experts and groups protested against the ban, highlighting the repercussions that it would have on former smokers.

Director of the World Vapers’ Alliance (WVA) Michael Landl, had argued that if the measure went into effect, the 150,000 former smokers in Sweden who are currently vaping instead, could be forced to switch back to smoking. “Banning flavours could force thousands of former smokers in Sweden to take up the habit once again. Research shows vapers are more than twice as likely to quit with flavours. If they are banned, 150.000 vapers – the equivalent of almost the entire population of Uppsala – would lose their flavours and could go back to smoking. This would be a major setback in the fight against smoking and its related illnesses.”

To this effect, the WVA had held a demonstration and taken to the streets with a billboard reading “Flavours Matter,” explaining how vape flavours help smokers quit cigarettes. The billboard was driven to the Parliament buildings in Stockholm and the following week the group displayed an art installation with the message “Flavours Matter – Flavours help smokers quit” also in front of Parliament.

Finally, it was revealed that local policymakers voted against the ban. Naturally the news has been met with great enthusiasm. “Today, we celebrate a huge victory in our fight against smoking. Flavours are a determining factor in helping smokers quit. If this ban had been adopted, 150,000 people in Sweden – almost the population of Upsala – could have been pushed back to smoking. Vapers, local activists and the WVA team have done tremendous work to make their voices heard. We made politicians finally listen!”

“Yet, our fight to save flavours and help people live better lives is far from over. Flavour bans are in place in seven European countries, more have flavour bans on the legislative agenda, and politicians are discussing bans at the EU level. We need to make sure that politicians listen to consumers and make decisions based on scientific evidence, which has proved that vaping is much safer than smoking and flavours are an important part of smoking cessation,” said Landl.