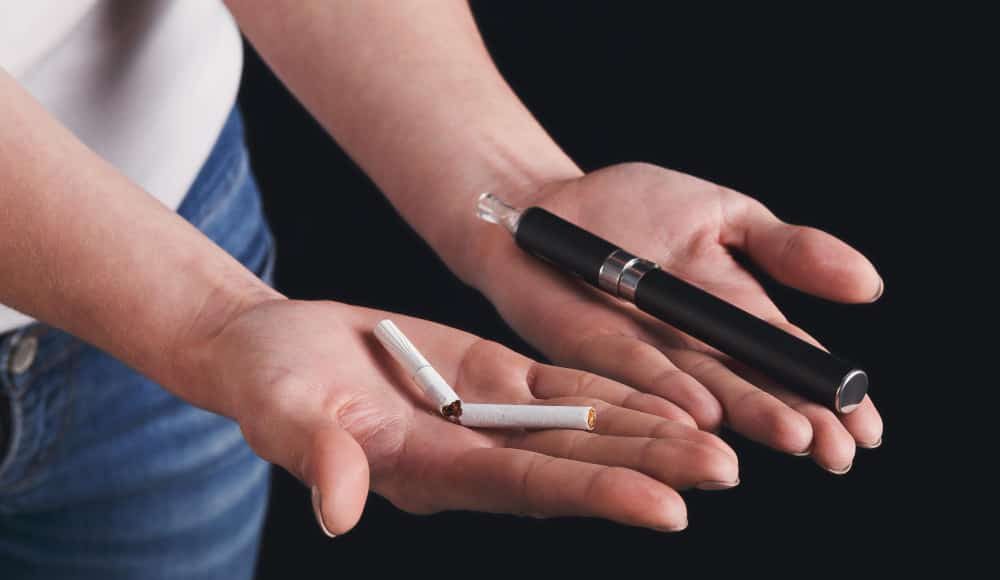 Facebook
Twitter
Pinterest
WhatsApp
Only about 6% of all smokers included in the trial quit smoking completely, but the rates were significantly higher among those who vaped daily, at 28%.
Published recently in JAMA Network Open, the study titled, “Association of e-Cigarette Use With Discontinuation of Cigarette Smoking Among Adult Smokers Who Were Initially Never Planning to Quit,” used data from 2014 to 2019 as part of the Population Assessment of Tobacco and Health (PATH) Study, a long-term study looking into tobacco use behaviour and related health patterns in the US.

Findings from Wave 1 of the study released in 2016, had already put to rest certain misconceptions about vaping such as the infamous Gateway Theory. When the researchers focused their analysis on a select group of 1,600 smokers who had no plans to quit smoking and were not using e-cigarettes when the study began, they found that those who went on to vape daily were the ones who managed to quit.

“These findings are paradigm-shifting, because the data suggest that vaping may actually help people who are not actively trying to quit smoking. Most other studies focus exclusively on people who are actively trying to quit smoking, but this study suggests that we may be missing effects of e-cigarettes by not considering this group of smokers with limited intention to stop smoking -; a group that is often at the highest risk for poor health outcomes from cigarette smoking,” said Andrew Hyland, PhD, Chair of Health Behavior at Roswell Park Comprehensive Cancer Center.

The study reported that only about 6% of all smokers included in the trial quit smoking completely, but the rates were significantly higher among those who vaped daily, at 28%. “While clinical trials show strong evidence that vaping can help people quit smoking, findings from real-world population studies have been mixed,” said lead study author Karin Kasza, PhD, a research scientist in the Department of Health Behavior at Roswell Park. “Our study identified a positive association between daily vaping and cigarette quitting specifically among the segment of smokers who were not planning to quit, consistent with data from clinical trials.”