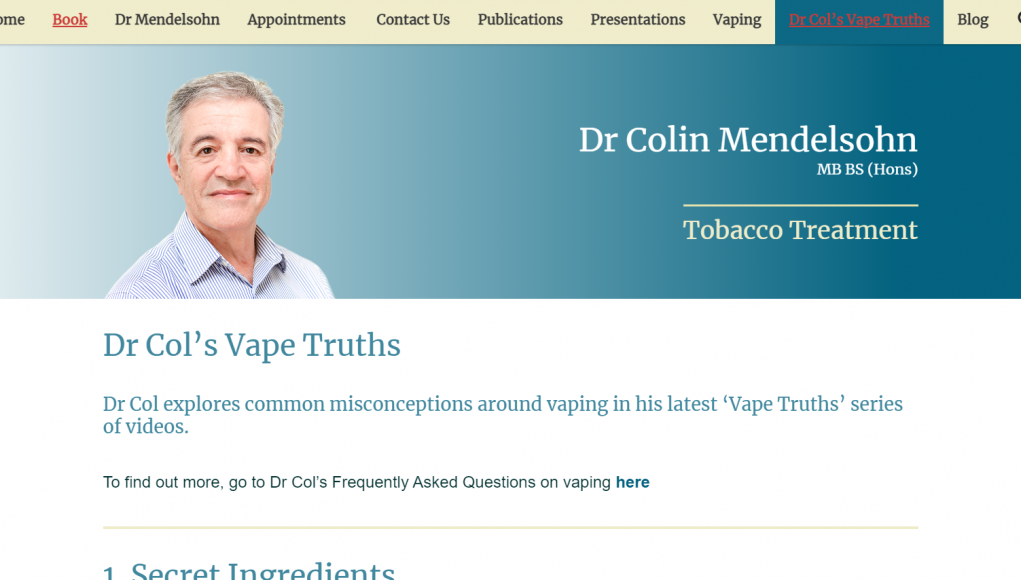 Announcing the campaign on his website Mendelsohn described the campaign as follows: “Dr Col’s Vape Truths’ campaign consists of eight short videos correcting common misconceptions about vaping and is based on eight misleading and alarmist videos by Queensland Health. The videos cover the following key evidence:

Executive Co-ordinator of CAPHRA (Coalition of Asia Pacific Tobacco Harm Reduction Advocates) Nancy Loucas, highlighted how timely the campaign was. “Thankfully, the inconvenient truth about vaping has now landed on the laptops of Australians smashing all the alarmist anti-vaping propaganda health agencies and officials are peddling.”

In fact in a letter dated Wednesday July 20th, vaping activists from around the world called on Australia’s Ministry of Health, urging it to cease the ongoing attacks against the local vape industry. This action came in response to a note received by vape shop owners across Western Australia from the WA health department, asking them to cease operations within 14 days.