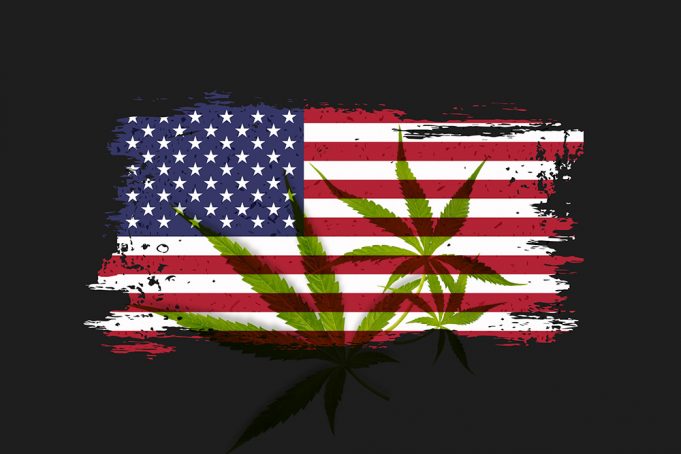 Recreational and medical marijuana legalization has gained even more bipartisan support since the results of the 2020 election.

Vaping Post during that election reported that marijuana “won big” as the trend to permit the sale and regulation of recreational and medical cannabis is now a part of mainstream US politics.

As the 2022 midterm election approaches, another round of US states will see whether marijuana liberalization will play out on state ballots across the country this year.

According to a recent analysis published by the Bloomberg Government and their “Ballots & Boundaries” newsletter, there are several state-level ballot initiatives eyeing the legalization of recreational marijuana at the local level, and these initiatives are expected to win big once again. The National Organization for the Reform of Marijuana Laws, also known as NORML, says that the majority of American citizens support legalization efforts.

Sen. Cory Booker, D-New Jersey, continues to say that the federal marijuana prohibition has created a “twin crisis” indicative of the war on drugs’ impact on low-income people.

“Federal marijuana prohibition is beginning to be more and more absurd, especially because most states now have moved to legalize marijuana, whether it’s for medical use or for overall adult use,” Sen. Booker said in a video he tweeted on September 23, 2022.

“We are not seeing the kind of democratizing force many of us hoped that marijuana legalization would be, so now we need to move on the federal level,” Booker added.

The beliefs held by Sen. Booker are common and are indicative of why people are going to vote in favor of marijuana legalization. Despite the ongoing federal prohibition, public trends are pointing toward liberalization of marijuana, or at least decriminalization, at the national level within the next ten years. 2022 ballot measures and their potential success will assist in forcing Congress and the executive branch to work hand-in-hand on this.

Arkansas Issue 4 is the marijuana legalization initiative on the ballot. It is an initiative meant to amend the state’s constitution to permit and protect marijuana businesses and encourage the state government to create a regulatory framework for the new industry.

A vote in favor of the measure, according to Ballotpedia.org, “supports legalizing the possession and use of up to one ounce of marijuana for persons who are at least 21 years old, enacting a 10% tax on marijuana sales, and requiring the state Alcoholic Beverage Control Division to develop rules to regulate marijuana businesses.”

A vote against the measure leaves the current marijuana prohibition in place. A state poll of Arkansas voters by Talk Business & Politics/Hendrix College found that 58.5 percent of voters will vote in favor of Issue 4. 29 percent said against.

12.5 percent of voters are currently undecided on Issue 4.

Maryland Question 4 is the marijuana legalization amendment that was referred to voters and confirmed on the ballot via a legislatively referred constitutional amendment. The measure legalizes marijuana and encourages the legislature to create a framework for the regulation, taxation, distribution, and legal use of marijuana for legally-aged adults.

A vote in favor of the measure, also via Ballotpedia.org, “supports legalizing marijuana for adults 21 years of age or older beginning in July 2023 and directing the Maryland State Legislature to pass laws for the use, distribution, regulation, and taxation of marijuana.”

A vote against the measure leaves the current marijuana prohibition in place.

A poll by Goucher College found that 59 percent of residents able to vote in Maryland intend to “vote yes” on the ballot referendum to legalize the use and sale of marijuana.

Missouri Amendment 3 is a citizen-initiated constitutional amendment that removes the state’s prohibitions on the purchase and consumption of recreational marijuana.

The measure would also serve as an expungement experiment that allows for individuals convicted of certain marijuana-related offenses to petition for release from prison or parole and probation and have their charges expunged from their records.

A vote in favor of the measure, notes Ballotpedia.org, “supports amending the Missouri Constitution to remove state prohibitions on the purchase, possession, consumption, use, delivery, manufacture, and sale of marijuana for personal use for adults over the age of twenty-one, and would also allow individuals with certain marijuana-related offenses to petition for release from prison or parole and probation and have their records expunged; along with imposing a six percent tax on the retail price of recreational marijuana.”

A vote against the measure opposes amending the Missouri constitution.

SurveyUSA polling data shows that 62 percent of Missouri voters support marijuana legalization, versus 26 percent who said marijuana should remain illegal in the state.

A plurality of Missouri Republicans also supports marijuana use for adult use.

North Dakota Statutory Measure 2 is the citizen-initiated state statute vote intended to legalize the use and possession of adult marijuana use. The ballot measure also allows individuals to personally grow up to three marijuana plants and encourages the state’s Department of Health and Human Services to establish rules and regulations in 2023.

A vote in favor, Ballotpedia.org points out, “supports legalizing the use and possession of up to one ounce of marijuana for adults 21 years old and older, allowing individuals to grow up to three marijuana plants, and requiring the Department of Health and Human Services to establish rules regulating adult use marijuana by October 1, 2023.”

A vote against opposes legalizing marijuana for daily use by adults in North Dakota.

South Dakota Initiated Measure 27 is the marijuana legalization initiative that would legalize marijuana for adult use in the state. A vote in favor “supports this initiative to legalize the possession, distribution, and use of marijuana for persons who are at least 21 years old.” A vote against it is a show of support to leave state prohibition laws in place.

In 2020, voters adopted Amendment A with would have legalized the recreational use of marijuana in South Dakota. It had overwhelming support with 54 percent in favor of the initiative. However, after bowing to political pressure from South Dakota Gov. Kristi Noem, the state Supreme Court overturned the measure calling it unconstitutional and not valid.

The national general election for the United States is on November 8, 2022.