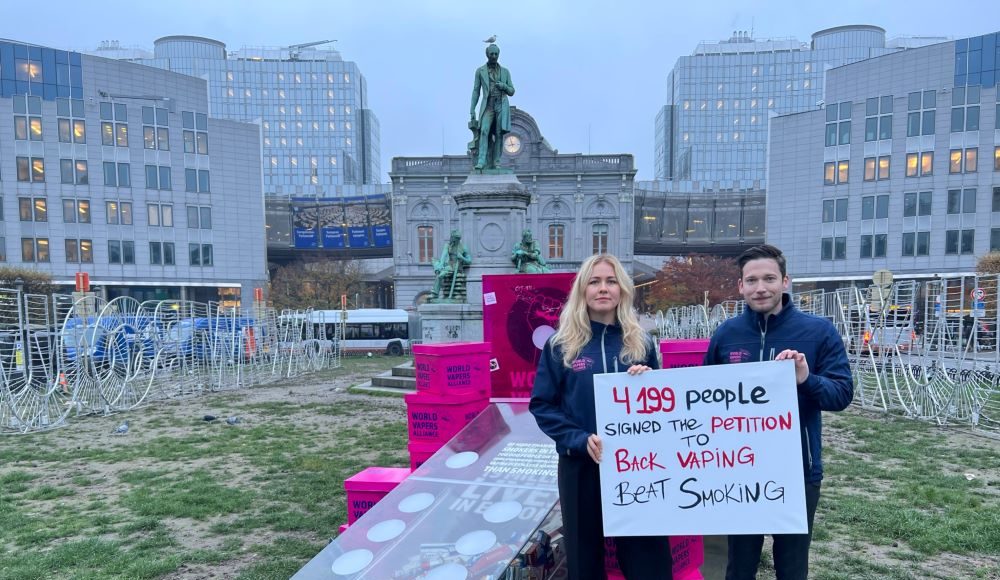 Facebook
Twitter
Pinterest
WhatsApp
A recent petition signed by over 4,000 EU citizens to the Members of Parliament raised concerns about the general negative attitude towards vaping.
Michael Landl, Director of the World Vapers’ Alliance (WVA), which has recently launched its second European campaign to educate about the potential of vaping for smoking cessation, highlighted that sadly the EC is ignoring the science about vaping.

“The EU Commission is ignoring science and consumer voices again. Tobacco harm reduction must become a key element of all health policies for the EU. Seven hundred thousand people die each year due to smoking, and at the same time, the Commission fights against less harmful alternatives. The science is clear: vaping is far less harmful than smoking and is one of the most effective smoking cessation aids. Consumers demand the Commission to accept this reality finally.”

The World Vapers’ Alliance recently delivered a petition signed by over 4,000 EU citizens to the Members of Parliament and voiced their concerns about the general negative attitude towards vaping. The document asked the EU to embrace tobacco harm reduction and refrain from harsh restrictions that deter smokers from switching to the safer alternatives.

Meanwhile, concerns are being raised about an EU leaked draft plan to increase the tax on vaping products given the set backs it may have on decreasing smoking rates. Tobacco harm reduction experts and consumer groups alike are highlighting that such a tax will not only have a detrimental effect on public health, but also start a massive new black market for vaping products.

“The Commission claims that higher taxes will improve public health, but the reality is the exact opposite. A less harmful alternative, such as vaping, must be affordable for ordinary smokers trying to quit cigarettes. If the Commission wants to reduce the burden of smoking on public health, they must make vaping more affordable and accessible, not less,” said Michael Landl, Director of the World Vapers’ Alliance (WVA).