The opposition protests against an unenforceable measure

The Welsh Government intends to apply the regulation of tobacco to electronic cigarettes. Among the measures they have imagined, there is a ban on vaping at work. Even more surprising and coercive, e-cigarette users who have jobs at home could go to court if they vape at home between 9a and 5p.

Liberal Democrat leader, Kirsty Williams, said her party would fight against this style of grotesque proposal, not enforceable in the real life. The Conservative party is on the same line, its spokesman told the government did not have to get involved in these considerations.

Several scenarios mentioned by the Welsh Minister of Health, Mark Drakeford, demonstrates the highly restrictive nature of the prohibition. For example, if a worker consults his mail every 15 minutes after 8p in the living room, the law would apply and he could be convicted for vaping.

The new measure proposed by the government would amend the 2006 Health Act, that allowed workers to smoke or inhale nicotine when their habitat is not open to the public or when the premises are not used as a workplace. 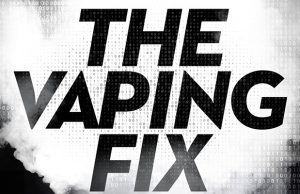 Michael McGrady - May 7, 2021 0
An investigative podcast by a studio owned by Amazon's music streaming business is preparing to release a podcast about the rise and fall of...