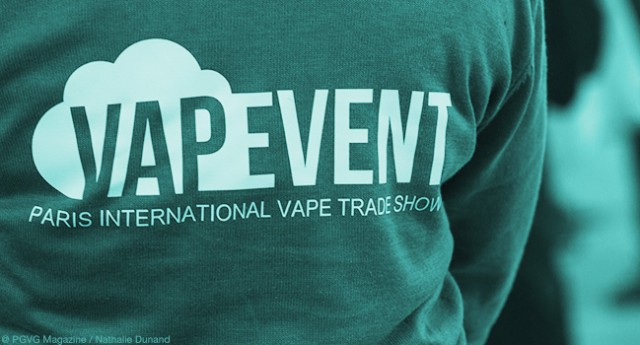 2,629 visitors meandered in the foggy aisles of the Paris Event Center, Porte de la Villette in Paris for this first edition of the VapEvent, an international vape trade show.

Among exhibitors, 60% international, a large majority were e-liquid manufacturers presenting their products. Some hardware manufacturers were present as well as modders who came to exhibit their original creations.

Visitors could test the e-liquids with advanced setups provided by the exhibitors, filling the atmosphere with floating scented vapors in an open and comfortable space.

Four conferences were held over the two days that attempted to answer the many questions the professionals had on the consequences on the business of the European Tobacco Products Directive applicable as soon as May 20. Deploring the absence of a final document, the lawyers could only give a guidance on the legal framework without being able to bring definitive answers, a delicate period before the publication of the decrees.

Jean Moiroud, president of the Fivape (French Interprofessional Federation of the Vape), forced to use caution and a conditional tense, was nevertheless reassuring on vaping authorizations in specialty stores, a crucial point for professionals and consumers who have become accustomed to try before buying.

VapEvent makes an appointment with professionals for the next edition in New York City on November 3 and 4, 2016.