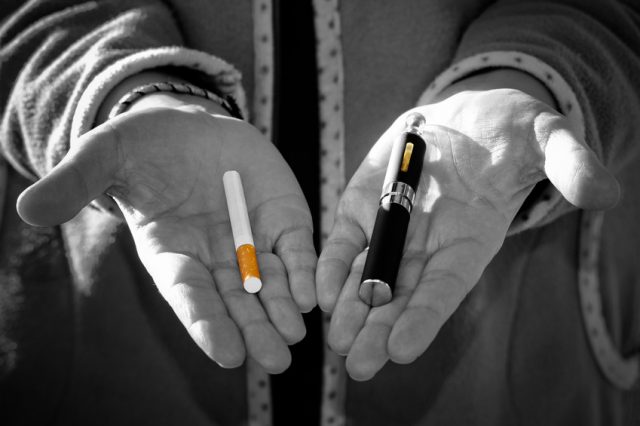 France, a bad pupil in terms of smoking prevalence

According to the author, the decrease of smoking prevalence that has been characterized in countries like the UK, the USA, Canada or Italy over the last 30 years, is not observed in France that, in contrast, sees a slight increase, attributable to a marked increased prevalence among women.

The absence of reduction in smoking prevalence is mirrored by an absence of reduction in smoking-related mortality that has been estimated to 78,000 people in 2010. Despite a slight decrease of the mortality among males, the striking figure that is presented, here, is a net increase of the mortality of females. In the age range of 35-69 years, the percentage of females dying from tobacco has increased by an order of magnitude over the last 30 years (from 1.7% in 1980 to 15% in 2010).

“If no major change is operated in politics, economy and public health, the prematured deaths related to tobacco use will not evolve in the coming 20-30 years” . -Dr I. Berlin.
Currently, in France, the best estimate of 2012 returns more than 14 millions of smokers. The social cost of tobacco is about €120,000,000, based on 2010’s data, the same order of magnitude as for alcohol. Altogether with illicit drugs, tobacco and alcohol account for €22 billions, roughly 6% of the public expenses in the country.

It is urgent, according to Dr Berlin, to take action against smoking in France since solutions exist that had demonstrated a real success in the other industrialized countries. In this context the e-cigarette may bring a puff of fresh air if one could demonstrates that it is efficient as a smoking cessation aid and it prevents the initiation to combustible tobacco.

The e-cigarette, a solution?

Nevertheless, the usefulness of the e-cigarette in smoking cessation is controversial and not robustly established by researchers, even if testimonials of former smokers suggest its frank success.

A few questions may help deciding of its usefulness in the fight against smoking, and some reflect potential benefits while other potential risks.

In spite of a strong focus on women due to their higher smoking prevalence in France, only few is known regarding the use of e-cigarette during pregnancy, for example. The same applies for long-term effects since the e-cigarette delivers pharmacologically active substances.

In the current state, the e-cigarette has been regulated as a consumer product, thereby escaping from any systematic survey that could allow a robust determination of a benefit-risk profile. Nevertheless its penetrance into the population is very high and could lead to a decrease of smoking prevalence and incidence provided that its side effects profile is clean. But as a consumer product, all data related to its use and its efficiency as a smoking cessation aid will not be determined and the benefit-risk profile will remain uncertain unless public authorities take actions to improve the knowledge of this popular product.

In contrast, classified as a health product, the e-cigarette may lose its penetrance and popularity but would gain a better scientific knowledge because of mandatory systematic surveys with a focus on the methodology. Such surveys would help refining the benefit-risk profile for smokers.

In a few weeks, a transition will be operated by the implementation of the EU TPD, that will place vaping products like e-cigarettes in an intermediate state between the consumer and health product: an increased level of regulation on its promotion, labelling, composition, use in public places, sale to under-18s, side effects reporting, taxation…

Although “initiation to other tobacco products” is cited as a possible risk, anything is possible, but there is no evidence that it is probable. E-cigarettes are marketed as such because their intended use is to replace cigarettes, so the number of people who wouldn’t otherwise use tobacco products that might be interested in experimenting with e-cigarettes is rather small in the first place. Nicotine is *optional* in vaping products, so even if a non-smoker did choose to experiment with an e-cigarette containing nicotine, there is no evidence that nicotine is particularly habit-forming without the MAOI effect of other tobacco alkaloids. Finally, if for some reason someone who wasn’t previously addicted to nicotine became attracted or addicted to nicotine in their choice of flavored vapor, why would they possibly want to start smoking cigarettes?!? ( Hint: If there was any answer to that question, the Big Pharma companies who profit from drugs to treat smoking-related disease wouldn’t be pressuring the FDA to regulate the vaping market to death.)

It seems, at last, that some public health people begin to open their eyes to reality. Small glimpse of it as the usual rhetoric persists :
– Take more action against tobacco : cigarettes in France are more expensive than in most neighboring countries, which also stigmatize smokers with never ending layers of rules, and they have lower smoking rates. Perhaps harassing smokers and lying to them isn’t the right way (and perhaps lie based public health is not successful after all)
– Invent scary numbers about smoking cost (btw you mad a typo) : currently French smokers are paying more than what smoking causes in terms of health costs (and they pay for more smokers than they are as rates have decreased in the past), not even evaluating the economical “gain” (as people die only once and dead people don’t earn benefits).
– e-cigarettes could be authorized only if they reduce smoking. No study shown any smoking rate increase because of vaping. No study shown any significative damages to vapers nor to other people (except earnings of tobacco companies, pharmaceutical companies, tobacco resellers and doctors/hospitals). Smoothies didn’t have to prove they were reducing cancer rates to be authorized, did they ?

Not to be mistaken, I’m very happy smoking rates have been decreasing historically since vaping arrived in France (~15% in tobacco sales, the biggest fall for more than 10 years, about a million smokers quit as shown by Eurobarometer and 3M reduced slightly their consumption as you seem to have missed the figures from 2015 and taken those from 2014).
I’m even happier to have seen my own smoking rate fall 100% in 4 hours some years ago thanks to vaping.
I’m very happy more and more health professionals spend time fighting tobacco with e-cigarettes and winning and less zealots spend time fighting e-cigarettes with fear, uncertainty, doubts, false health claims, self interest and smokers hatred in mind.

By the way you should read to EU TPD as it doesn’t place vaping in an “intermediate state between the consumer and health product” but puts it out of consumer product category to be labelled as “sort of a tobacco product except if it’s sold as medicine”. After EU TPD, vaping won’t be able to advertise to make it more attractive than tobacco, won’t improve composition regulation (only declaration), most small independent manufacturers will be ruined with mandatory blackout delays and foolish paperwork, some mandatory unfounded health warnings will be added to make it look like as dangerous as tobacco, selling the more practical and efficient products will be forbidden (100% of what I own will be forbidden). All of this is logical as it has been written by/with tobacco product companies and some help from pharma companies.
Btw there is nothing in EU TPD about specific taxation, which would be even more stupid and illegal than the rest of it.

America Diane Caruana - July 30, 2021 0
Along with the support of many in the Legislature, Gov. Ned Lamont, believes that legalizing marijuana and sports wagering would bring these habits out...

Business Michael McGrady - July 30, 2021 0
The maker of tobacco-free heat-not-burn pods is set to enter the medical device market and field the expert insight of a chief medical officer. VANCOUVER...