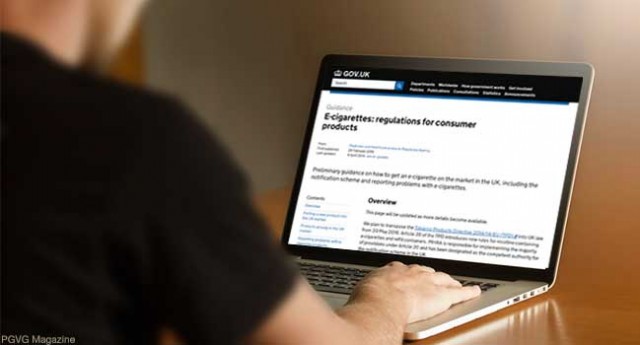 In the UK , the Medicines & Healthcare products Regulatory Agency (MHRA) has been responsible for overseeing vaping products. On the very official website gov.uk, the Agency keeps the public informed of the progress of the decisions. On April 4, a significant update has clarified the implementation agenda of the European Tobacco Products Directive (TPD).

Starting in May 2016, six months before placing a vaping product on the UK’s market, the manufacturers and importers must submit to the MRHA a notification via the European notification portal (EU-CEG). The data obtained in this framework will be made public by the MHRA, except for the confidential information identified as such by the professionals.

European authorities have left open to the Member States to set up a transition phase until 20 May 2017, a flexibility that is used by the UK to secure its agenda.

Retailers can sell the stocks of products marketed before May 20, 2016 until May 2017, including those who do not comply with the new labeling requirements and composition of products, provided that the lots sold had been produced before 20 November 2016.

An e-liquid containing more than 20 mg/ml of nicotine, released before May 20, may be produced by its manufacturer it until November 20, 2016, then its production will cease for the UK market. Remaining stocks can nevertheless be sold in the UK until May 20, 2017.

For all products placed on the market between May 20 and November 19, 2016, a notification should be filed at least one day before the first marketing of the product.

Products subject to the notification procedure

The United Kingdom has limited the notification requirement to “electronic cigarettes” [1] and items sold separately that contain or may contain nicotine in the form of e-liquid. Products such as disposable units and tanks require notification but not drip-tips, batteries and other items that could be considered as individual component.

Disposable e-cigarettes and e-liquids that do not contain nicotine escape from the European regulation and shall comply with the General Safety of Products Regulation.

[1] The Agency defines an “Electronic cigarette” as a product that can be used for consumption of nicotine-containing vapour via a mouth piece, or any component of that product, including a cartridge, a tank and the device without cartridge or tank. Electronic cigarettes can be disposable or refillable by means of a refill container and a tank, or rechargeable with single use cartridges.