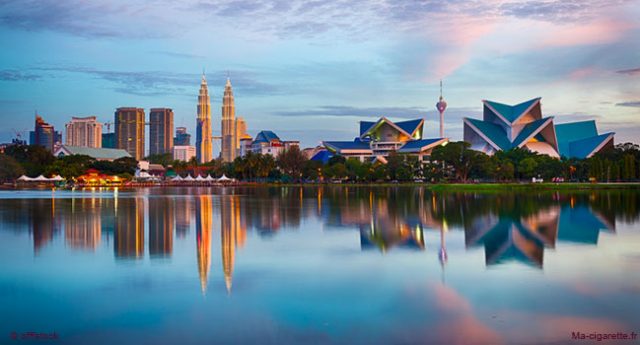 Economic Boom with no regulatory framework

It is useful to remind that the Malaysian market for vaping products grew in the complete absence of any regulatory framework. “There has been a huge commercial boom. Many people rushed into this market without norms and in suspicious sanitary conditions. At one moment, as many people were mixing e-juices as there were vapers in the country. The Malaysian government and the Tobacco Lobby decided to put a term to this infatuation” explains Benjamin Lozach, exclusive retailer of the Malaysian e-liquids Fuckin’Flava in France and in several European countries since 2014, who often travels to this country.

A muscular response by the government

And when the Malaysian government decided to put a term to the vaping market, it did not beat around the bush: “The efforts of the Ministry of Health to discourage vaping has been successful, especially when stating that vaping is more harmful than tobacco”, explains Allan Foo, founder of the Malaysian E-Vaporizers and Tobacco Alternative Association (MEVTA). Placards have been stuck on hospital’s walls, all over the country, and were explaining that e-cigarette contained tar and carcinogenic substances.

In addition to misleading, the government empowered the police to conduct forced searches in numerous stores. The National Fatwa Council deemed the e-cigarette “haram” (forbidden) in December 2015. In a country where Muslims build up to 60% of the population, such a declaration is far from being insignificant.

The collapse of the market

The consequences did not take long to come. “E-liquid sales decreased by 90% since the start of 2016 and vape store takings had fallen dramatically. The number of shops has been divided by 2, from 1,500 to about 700“, estimates Alla Foo, consecutive to State bans that came into effect at the start of the year.

MEVTA investigated on the decrease of the number of vapers. “The decrease is mainly due to vapers who started vaping in 2015 and who stopped. Those who started earlier are sill vaping” explains Norman Ismail, Secretary-General of MEVTA, to ECigIntelligence.com.

“To me, vapers have not decreased in number. Many people took up with vaping at the time of the market boomed and the 800,000 to 1,200,000 vapers embeds those ones. And among them, many continued smoking, but exclusive-vapers are still vaping now” comments Benjamin Lozach.  The two MEVTA representative nevertheless agree that most vapers relapsed into smoking, which is not surprising in a country where smoking is cheaper than vaping.

Today, Malaysian manufacturers are urging the government to regulate the market, hoping that the forthcoming measures won’t be too restrictive. According to the MEVTA, such regulation is not to be expected before the end of 2016