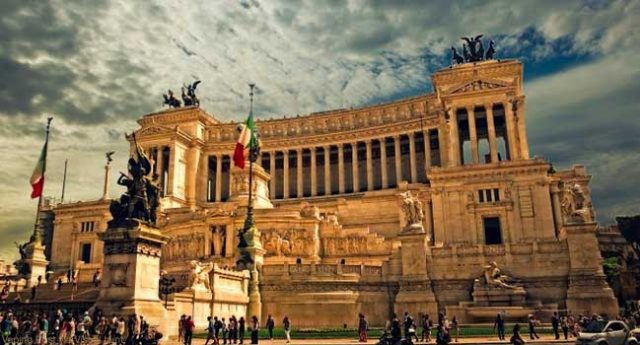 In the UK, MPs are active within their own political parties and constituencies but they may also take part in informal work, such as working with All-Party Parliamentary Groups (APPGs), cross-party groups that have no official status within Parliament.

This is in the same way that Italian MPs decided to address issues related to the e-cigarette, by forming an intergroup “Electronic Cigarette”.

This plan has been revealed last May after a meeting that brought together MPs, vaping product manufacturers and health authorities; a conference organized by the Fondation Luigi Einaudi and the National vaping association ANAFE Confindustria,  and entitled “Electronic cigarettes, free to grow between taxation and regulation” which was held in the Hall of Acts of Parliament of the Senate, Rome.

To regulate the market without penalizing  its actors

The Scientific Director of the Luigi Einaudi Foundation, Lorenzo Castellani, pointed out “the invisible hand of the free market has created a new product, the electronic cigarette, much appreciated by consumers. Unfortunately, the Italian governments, instead of understanding and regulating the phenomenon, have preferred to apply an excessively heavy and unfair taxation that penalized the sector. The opportunity to regulate the market so as not to penalize manufacturers, protect consumers and allow this new industry to grow and prosper. “

To standardize, revitalize and expand an industry that can do business without harm health

The deputy Ignatius Abrignani, who made the announcement, explained that it will be a group “absolutely bipartisan and transverse, that by signing a shared manifesto, will be activated to create a bill, a text, to be proposed to the government. The goal is to standardize, revitalize and expand an industry that can do business without harm health. It is far better for a smoker to approach the electronic cigarette rather than continuing to smoke the classic cigarettes. If in doing so also helps the development of enterprises, here we are in front of a process that should be helped. In everyone’s interest.”

Absolute/relative risk, a notion to be understood

Prof. Riccardo Polosa focused on scientific data that are showing that the electronic cigarette is an opportunity for public health that must be grasped: ” I hope that in Italy it is understood that when it comes to the risk due to the use of e-cigarettes, you have to remember the difference between relative and absolute risk. The relative risk of the e-cigarette compared to that of smoking“.

The media agivapenews.com collected the testimonies of two deputies who confirmed their will to protect the vaping sector.

Sebastiano Barbanti (PD, Finance Committee, Chamber of Deputies) suggests that a legislative area could be created to highlight the health aspects related to the product to draw an appropriate fiscal frame, different from that of the traditional combusted tobacco products.

Filippo Busin (Lega Nord, Finance Committee, Chamber of Deputies) sees in the e-cigarette market a formidable opportunity to develop s sector where the excellence of the Italian industry could be revealed and promoted in response to the economic crisis: “Italy is indeed one of the best countries in terms of quality for electronic cigarette liquid, but at the same time is the only one in the world that tax liquids themselves so heavily. And that leads to suffer unfair competition from neighboring countries, such as Slovenia.”