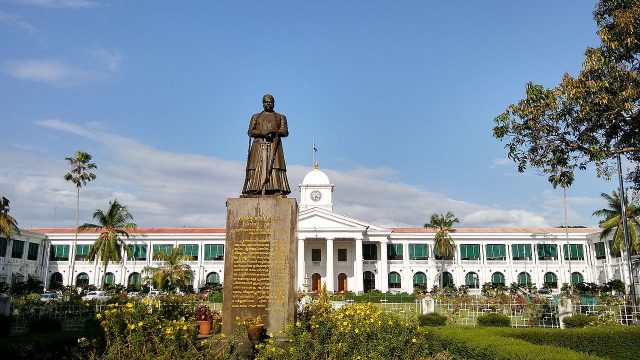 The Indian Express, last Friday, announced that the government of Kerala had decided to ban electronic cigarettes. Their decision has been motivated by the scientific literature, mainly US and Japan sources, claiming that e-cigarette use “can cause various health issues, including cancer and heart ailments”.

The ban concerns the production, sale and advertisement of personal vaporizers. The decision comes from the State Health Minister secretary. The Honourable Minister for Health and Social Welfare, Smt. K.K. Shylaja Teacher followed the recommendations of the expert committee and of the Indian Medical Association (IMA) to ban e-cigarettes.

According to the Indian Express, the e-cigarette market was targeting youth and children and was flourishing in Kerala. The use of narcotic substances like cannabis or hashish and the potential gateway to smoking tobacco, especially for the youth, are concerning the authorities.

Mid June 2016, Karnataka State Minister for Health and Family Welfare, UT Khader, in the view of recommendations by the expert committee on cancer prevention adopted the same position and banned sale, distribution, procurement and advertisement of e-cigarettes, writes Times of India. The minister declared “2mg and 4 mg nicotine is allowed in chewable like nicotine gum for de-addiction purpose, but these e-cigarettes usage is leading to addiction towards it“.

Maharashtra State (112.4 million people) too made it illegal

The Drug Controller General of India (DCGI) declared in early June 2016 that importing, manufacturing, selling and distributing e-cigarettes without permission from DCGI and licence from state FDA is illegal and may result in imprisonment of three to five years.

In Haryana State, the ban was decided on September 2015. An article in The Hindu reveals that the Haryana Food and Drug Administration (FDA) team raided a shop and seized a large variety of prohibited electronic cigarettes in August 2014.

Punjab was the first state to declare e-cigarettes illegal in 2013.

From a legal point of view, the use of nicotine in food products and consumption by public is only allowed as an aid for de-addiction, in nicotine replacement therapy (Drugs and Cosmetics Act 1940) where its concentration must not exceed 4 mg, far below the dose delivered by a single cigarette. E-cigarettes fall outside the ambit of Cigarettes & Other Tobacco Products Act (COTPA, 2003) which regulates the sale of tobacco products in India and would require a special regulatory framework in the Indian law.

In total, five Indian States out of the 29 have already banned the e-cigarette. EcigIntelligence experts believe that it is only the beginning of a long series since the report that has been asked to expert to support their policy is probably too cautious with regard to the ENDS. A relative caution that is also shown by the WHO, whose guidelines are followed by the India after they ratified

It is in India, in Delhi, that the seventh Conference of the Parties to the Framework Convention on Tobacco Control (FCTC) will take place from November 7 to 12, 2016. A few sessions are dedicated to the e-cigarette, during which the committee may issue recommendations on e-cigarette regulation after hearing the WHO’s views.

The scepticism that has been shown by the FCTC and the WHO with regard to the e-cigarette may well be fading following the COP7. Recent advances in e-cigarette science were put forward by the UK’s Royal College of Physicians, last April. A report that dissipates the fears of a gateway and of long-term effects of vaping compared to smoking and promotes e-cigarette in tobacco harm reduction, at the opposite of the Indian expert report the State governments use as a legislative support.

In total, presumably more than 430 million Indians are concerned by e-cigarette bans in the country, and probably more than 100 million smokers whose access to a healthier substitute to tobacco has become illegal.

the companies who are sell cigarettes are behind the ban