Today, on Facebook, someone added a video to my timeline. It was a gentleman reciting a ‘poem’ on smoking and smokers. The ‘poem’ went as follows…

They’re a tenner a packet
And your wages

Just can’t hack it
If you only had
a brain

Terrible ‘poetry’ aside, this is demonstrative of what Public Health have done to ‘ordinary’ people in our society. The very first lines, “If you smoke you’re a joke, and you’re destined for a stroke.” Is reminiscent of children bullying other children in the school playground. (Indeed, you find that the ringleaders who participate in this kind of behaviour often have a history which motivates it, and that it has more to do with the name callers than the objects of the name calling.)

This example of twisted ‘McGonnigalism’ only serves to illustrate what has been done to people worldwide over the issue of smoking. Evidence of the fact that this damage to human kind is universal can be seen by the huge number of Facebook ‘hits’ that a relatively anonymous individual has received over this video – approaching one hundred thousand at the time of writing.

But what is the damage…

Quite frankly, lack of compassion. We have to face it, this poem reflects what a huge section of our society has come to think and feel. The assumption is that it is the smokers’ own fault that they are doing something which is killing them. This being the case they deserve no sympathy.

But is it entirely the smokers own fault, and if not, should we be considering smokers, a ‘joke:’ should we be laughing and ridiculing them; should we be making light of the deadly consequences of their continuing habit; should we be using smokers and highlighting their ‘weakness’ in order to detract, to take away attention, from our own inadequacies?

Young people Two-thirds of smokers start before age 18. Of those who try smoking between one-third and one half will become regular smokers. ASH UK

It is an established fact that the people who find it hardest to quit smoking are those who started smoking at a young age. There is a reason for this and it is not just because smoking started at a time when their brains were developing. It also has to do with the emotional circumstances of the young people when they begin to smoke. According to the 2012 Surgeon General’s Report, “Of every 3 young smokers, only 1 will quit, and 1 of those remaining smokers will die from tobacco-related causes.”

Of course to establish that this is, no ‘joke,’ we have to understand the nature of smoking addiction and, with this, not just you and I, even some, ‘experts,’ have a great deal to learn.

Additives are used to make cigarettes that provide high levels of ‘free’ nicotine which increases the addictive ‘kick’ of the nicotine. Ammonium compounds can fulfil this role by raising the alkalinity of smoke. ASH UK

We talk about, ‘nicotine addiction,’ and bandy the term around as if it is the end all and be all of the smoker’s attraction to cigarettes. Nothing could be further from the truth – it is, only part of, and is only the beginning of the story. To start with – nicotine is hardly addictive at all. Some say, no more than caffeine in your morning cup of coffee. This is the very first rebuttal I use when trying to highlight common misconceptions regarding the effects of nicotine. However, tobacco companies do make the nicotine far more effective by adding other substances. So, at the start of the smoking experience, nicotine has a dramatic effect and very soon the young smoker is hooked. What though, is happening when the young person grows into adulthood and tries to stop… and tries to stop… and tries to stop… and tries to stop?

While, ‘nice,’ clean people stand back and sneer at these ‘pathetic’ attempts by the smelly selfish smokers to quit smoking: while they accuse the dirty smokers of having no backbone; no willpower; of being weak; while some people openly declare that the smokers are not trying, and turn their backs, something else is happening…

Tobacco profits when they entice a new customer. The desire to quit is then encouraged by Team Pharmaceutical and the supporting minor teams. The Murder Game

When the young smokers first draw on their cigarettes they find a warm comforting blanket of security envelop them. Then years and years of smoking follows, seeing nicotine playing a lesser role and what is called, ‘automotive behaviours’ kicking in – it is these along with nicotine which create the cravings when someone tries to stop smoking – and they are very powerful indeed.

In his presentation to the Global Forum on Nicotine (2016), entitled, The Power of Non-Nicotine Factors in the Habitual Use of Nicotine Products, Dr Brian L. Carter, PhD of the Consumer Advocates for Smoke-free Alternatives Association pointed out…

“There’s a lot of things to enjoy about smoking that are unrelated to the effects of nicotine. Aroma and taste. The sensation of inhalation. The sight of the “lovely sinuous clouds.” The opportunity to hang out with other smokers, which often has positive social aspects. Smoking provides multiple occasions for some regular deep breaths, something we psychologists teach people as a relaxation technique. Failing to adequately appreciate these highly rewarding aspects of tobacco use, and instead focusing on the relatively mild effects of nicotine, can be misleading. For example, one might think by merely removing nicotine from cigarettes, you can accomplish serious reductions in smoking… Think about smokers and how they seamlessly integrate smoking throughout their day. They go about their smoking in an efficient, effortless manner, often outside of awareness. But something else is going on. Much of their smoking has become stimulus bound to a number of external and internal events. We know about the obvious ones: finishing a meal, having drink, sex. But there are plenty of other, more subtle ones: from having to think things over, to dealing with frustration, to simple boredom. Now, what happens when you attempt to BLOCK or are prevented from executing a well-established automatic routine? Now you’re in a spot of bother. You’re forced to revert to non-automatized behaviour, which has the opposite characteristics. It slows you down, it’s effortful, it’s clumsy, it’s uncomfortable, it takes a great deal of cognitive effort and consumes your concentration, you feel off, you feel odd. And, it’s relentless because you still have all those cues coming at you, putting in motion those very automatized routines you’re trying to stop.”

It is the smokers ‘own fault?’

Hardly that. The young smokers are, “Hooked, Netted & Landed,” (My own story) almost straight out of nursery, and, added to this, the victim is often someone suffering from some kind of hardship. They turn to smoking and that is it.

And people laugh, they sneer and they taunt smokers. They ridicule them and use them as an excuse to promote their own ‘godly’ qualities. They write silly little ditties…

No.., they demonstrate their own ignorance and inadequacies.

Where is the goodness and compassion in doing this? Where is the understanding – and goodness knows there is a great deal for them to understand – if they were really concerned in the first instance – what has happened to their humanity?

This is what happened to their humanity…

They were dehumanised: in an effort to ‘denormalise’ smoking, whole populations had a portion of their humanity removed… and it was so very easy

At first, with the knowledge that smoking was dangerous, people were informed of the dangers and a campaign to educate was enacted. This though only met with limited success and so stronger measures were adopted. One of these was an attempt to ‘denormalise’ smoking – this of course meant ‘denormalisation’ of the smokers.

Smokers were depicted as dirty, smelly people: That they were a danger to others. Campaign after campaign pushing out the same messages over and over again. Smoking bans, ok so it does not smell so hot – but outdoors as well? And what about electronic cigarettes where, at worst, you will get the slight odour of food flavouring and absolutely no harm to anyone anywhere. Vaping is being banned right, left and centre – I suppose it is justified punishment for stopping smoking – how can we vent our artificial indignation on smokers if they have stopped smoking? How dare people stop smoking!

And we do not do this for the smokers’ good. We get satisfaction out of it. We can justify it. ‘These smokers, they are so bad, so evil – stub them out!’

It may be you cannot accept this so read the doggeril at the start of this article and ask: where is the love, the concern; the care and understanding?

And ask yourself: what has happened to me? Everything Wrong With the Juul Settlement 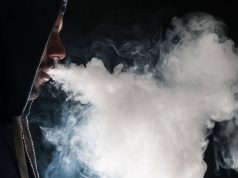 A Psychiatric Publication Discusses Vaping in the Context of Mental Health

Robert Innes your a genius! This is SO GREAT! Your humanity is showing like the sunshine during a rain storm of lies and and evil hate fueled propaganda against the humans that smoke, or have quit by vaping! Thank you from the beating heart.

Thank you Lisabelle: What a beautiful image that simile creates, and the metaphor contained within is perhaps the best compliment I have ever been paid. xx

Wonderfully done Robert! 🙂 Lots of good thought and vision throughout it!! And most certainly NOT a “McGonnigalism” itself — though the opening “poem” certainly was! :>

(And thanks for introducing me to McGonnigal!)

Bullying and hate are the staple of tobacco control’s best for totalitarian social control.

Great article.After a long search for good stuff, I was Lucky to find a Reliable Dealer who supplied me with Quality 1 oz white widow and 50 grams CBD Oil for my chronic pain. My delivery was made safe and confidential at my hotel and I’m very impress with his quality that is why I am recommending you to contact Kenneth Bomar if you are Looking for Quality Stuff. Here’s his details, phone 313 num 288 ber 9756 / email; kennethbomar95@gmail.com