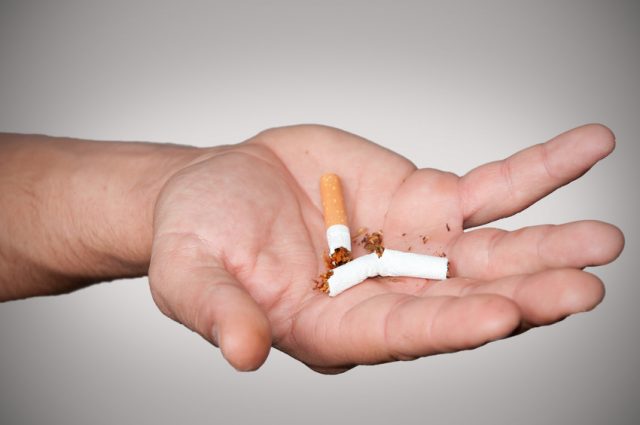 In contrast with the UK, e-cigarettes have not been officially recognised as smoking cessation aids in the USA. Legally, they are considered as tobacco products and are regulated by the FDA as such.

The Department of Family Medicine and Public Health of the University of California in San Diego carried out a study among US smokers and dual users (combined use of cigarettes and e-cigarettes) to examine the relationship between long-term use of e-cigarettes and smoking cessation over 2 years.

The study, supported by the National Cancer Institute of the National Institutes of Health under the State and Community Tobacco Control Initiative, found that more than one out of three smokers used e-cigarettes in their last quit attempt among which one-quarter used e-cigarettes as their only cessation aid. The settings of the study allow a comparison with FDA-approved pharmacotherapy.

Dr Shu-Hong Zhu and his team surveyed 2028 US smokers between 2012 and 2014. They define smokers as “those who had smoked at least 100 cigarettes in their lifetime and smoked every day or some days at the time of the survey”. Similarly, e-cigarette user were “those who used e-cigarettes in the last 30 days before the survey”. The participants were recruited on the phone by a random procedure.

Long- vs short-term e-cigarette use and non-use

Finally, non-users are the smokers who did not use e-cigarettes at all during the survey. The researchers compared quit attempts rates and cessation (abstinence for 3 months or longer) in the three groups.

The researchers also surveyed the use of a pharmacotherapy as any of FDA-approved cessation aids at follow-up (nicotine replacement therapy like patches, gum, lozenges, spray or inhaler, or medicines like bupropion and varenicline).

The authors plead in favor of a long-term approach that, according to them, better constrains the relevant features of vaping in tobacco harm reduction. For example, they notice that it is easier to address smoking cessation success with surveys on longer periods of time than the classical one-year setting.

The authors are clear with the limitations of their study but confirm the fact that the respondents were a representative sample of the smoking population. The causation relationship between long-term e-cigarette use and quitting rates is biased since long-term use can also be seen as, what the authors call, “a proxy for motivation to quit smoking”. They however are reassuring that their motivation to quit was addressed at the beginning of the survey and was found a good predictor of the quitting success.

The authors write “there may have been more rapid changes in pattern of e-cigarette use between the two surveys that were not captured” and it is true. However, the political and regulatory contexts between 2012 and 2014 were unlikely to trigger as many changes in users’ habits as the actual period when both the federal and state governments are putting manufacturers, retailers and customers under pressure with stifling regulations: taxes, ban, prohibitive costs, manufacturers closing doors… everything seems to be designed to blur further long-term studies by breaking the apparent steady state in which vapers were left before May 2016 and in introduction of the deeming regulation.

Does this study really serve the cause of the vapers?

The story that the authors tell us about their longitudinal survey seem pleasant to vapers’ ears, a reward, a long awaited official confession that their device is no crap and saves lives.

A position that is however surprising when considering the origin of the study: California. Indeed, the Golden State is, by tradition, the American state where tobacco is the most drastically regulated. It is also the state from which e-cigarette sceptics regularly launch anti-vaping “rockets” that make the headlines in Blogs and media.

The authors, disclaiming not competing interest, mention that content is solely their responsibility “and does not necessarily represent the official views of the National Institutes of Health and that their “sponsor had no role in study design, data collection, analysis, interpretation or writing of the report”.

Some people believe e-cigarette products may help smokers lower nicotine cravings while they are trying to discontinue their tobacco use. However, at this point it is unclear whether e-cigarettes may be effective as smoking-cessation aids. There is also the possibility that they could perpetuate the nicotine addiction and thus interfere with quitting.

These products have not been thoroughly evaluated in scientific studies. This may change in the near future, but for now, very little data exists on the safety of e-cigarettes, and consumers have no way of knowing whether there are any therapeutic benefits or how the health effects compare to conventional cigarettes.

When declaring that “Among those making a quit attempt, use of e-cigarettes as a cessation aid surpassed that of FDA-approved pharmacotherapy” increases the risk that e-cigarette may further be considered by the FDA as a therapeutical cessation product and regulated as pharmaceutical product. A solution that may not satisfy those who can still afford PMTA but who won’t be able to face the financial and administrative constraints of the FDA’s pharmaceutical approbation pathway.

The recreational status of the e-cigarette has been earned with a lot ink spent in legal writings at a time when the FDA decided to regulated e-cigarettes as a drugs against independent manufacturers and importers like NJOY . And in this battle, vapers should be thankful to the company that is now at risk of bankruptcy, because without the Sottera case, the e-cigarette would probably have disappeared from the landscape already.

More readings about the therapeutic claim:

Ecigs and therapeutic claim, what is the risk and where do we go?