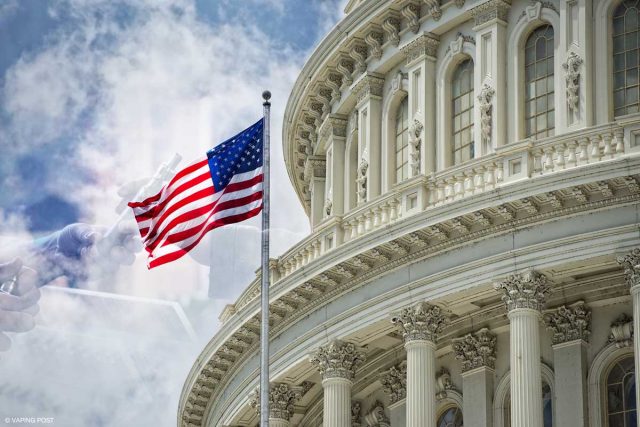 During the ongoing presidential race, the 9 million vapers around the US have been posing questions in the hope to get some answers about the candidates’ viewpoints about vaping, and how their presidency would influence the current federal regulations… to no avail. However, while Trump and Clinton have chosen to ignore such a sizeable chunk of voters, Governor Gary Johnson’s National Director Jim Wallace replied clearly stating the candidates’ position on the topic.

“In the first debate, voters listened to two candidates dance around the American economy. What you’ll never hear from those candidates is how the economy is being killed by excessive regulation.

Adding, “The vaping industry currently counts nine million customers, producing about 4 billion$ a year in annual sales. With the excessive regulations recently introduced by the FDA, as many as 12,000 vaping businesses will be out of business”, and presidential candidate Governor Gary Johnson himself said, “the free market and entrepreneurial spirit should be encouraged. Nowhere is this more obvious than the vaping industry.”

Hitting the nail on the head, the party took a brave step by admitting that the regulations put in place by the FDA could have detrimental effects on a much larger scale than most are aware of. Both former governors, Gary Johnson and the candidate for his vice president Bill Weld, understand the importance of small businesses in a large economy, and the negative crippling impact that over regulating creates.

Vaping, a new industry offering products as a healthier alternative to smoking, is about to be regulated out of existence. That just doesn’t make any sense.Jim Wallace, National Director

Whilst in the UK ongoing research about vaping products has proven that they are a much safer alternative to tobacco cigarettes and they are promoted as a smoking cessation tool. In the US the infamous deeming rule has been put in place by the FDA and ongoing lawsuits and counter regulations have been the order the day since, in an attempt by the vaping industry and various health organizations to try and minimize the damage.

A glimmer of hope?

Whilst presidential candidate Gary Johnson has been denied access to the stage from which the two main candidates have done little if all to address the core issues that the US is facing. It is important for vapers to be aware of the fact Johnson has been the only candidate brave enough to comment on this matter. The vaping industry is not only a 4 billion dollar industry, but for many current and ex-smokers it is the life saving industry that has or is helping them gain their health and several life years back.