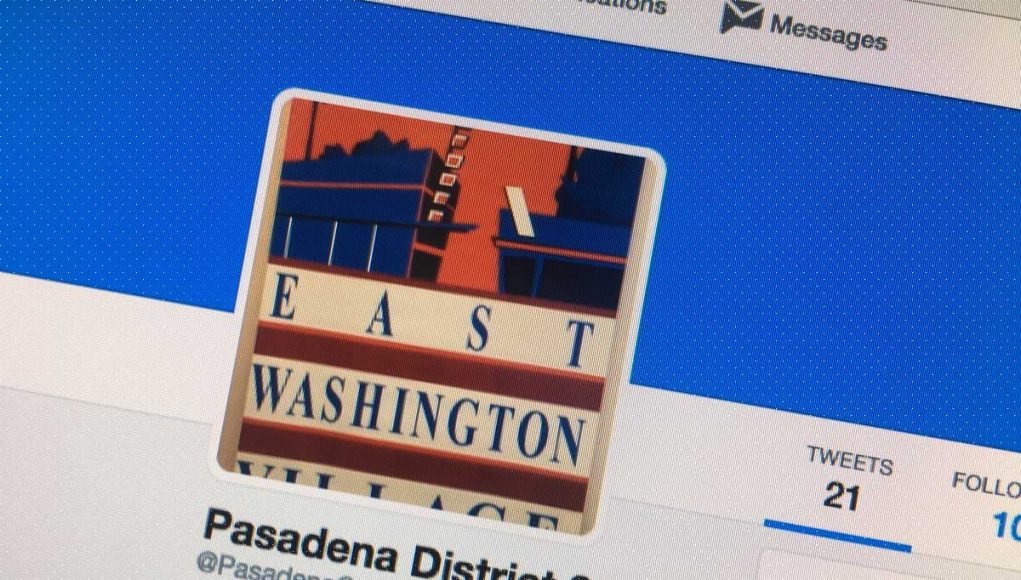 Use of tobacco products is the #1 cause of death in the USA. E-cigs & flavored products included Don’t do it! pic.twitter.com/hACxkb5b6x

Why on earth would anyone point the finger and name call, insult, a group of people who have moved away from ‘tobacco products’ and who have taken up an activity that has nothing to do with tobacco, something that is confidently acknowledged by world experts as being AT LEAST 95% safer than smoking?

Well, a quick ‘Google’ and the answer becomes apparent.

The City of Pasadena’s own webpage tells us that, “The Pasadena Public Health Department was recently awarded a $1.5 million grant by the Centers for Disease Control and Prevention (CDC) for a three-year outreach campaign to reduce ethnic and racial tobacco health-related disparities in Northwest Pasadena…

…The funds will be used for the City’s outreach campaign to counter tobacco-related marketing efforts targeting low-income minority communities where African-American and Latino adults have a disproportionately high rate of tobacco use and exposure to second hand smoke.”

Just as an aside, if vaping effects are ‘unknown’ as the poster states, how come you can include vaping products as part of a problem which sees so many dying? You just said the effects are unknown…

Of course, vaping is the same as smoking! E-cigarettes (as you call them) “are a tobacco product.” Now I get it! Someone only needs to say that something is the same as something else, something totally different, and hey presto, a wave of the wand, and they are instantly one and the same.

How stupid can people be? Mind you, looking at Pasadena’s poster… the answer becomes unavoidable – ‘extremely stupid’: And it is a direct result of following the flock; it is a product of prejudice and ignorance; it is a classic example of downright discrimination… and very, very sheep-like. But of course, there is always the money. [Tell me, is the above-mentioned grant part off, or in addition to, Master Settlement funding?]

What then is the difference between vaping and smoking?

Well – it seems ridiculous to have to point this out but – smoking is inhaling smoke and vaping is the inhalation of vapour. It is smoke which kills. There is no evidence, yet, of any harm from vapour. (And by God, if there was any real harm, it would have been found by now considering the resources which have been poured into finding this mythical harm. If there is harm, what is it? I do not know – and neither do you.

Oh! Nicotine… Aye right! Enough has been researched in this area refuting the idea of harm from nicotine inhalation, if you do not accept it now you never will.

And the harm you are causing by your denial of the benefits that vaping can bring is immense – you are contributing to the continuation of cigarette smoking by rejecting and refusing to advocate for a far, far less harmful alternative. You are, through your deceptions, responsible for thousands, perhaps millions of unnecessary premature deaths – and you claim to care?

What vapers have witnessed, aside from the abuse you have levelled at them, are ‘bent’ or incompetent researchers presenting badly flawed study after badly flawed study – the evidence that you seem to rely on. These include the downright silly; “e-cigarettes cause tuberculosis,” and, “e-cigarettes are a million times” more harmful than outdoor air.”

Doctor Konstantinos Farsalinos looked at the report regarding the Hong Kong outdoor air (No study had been published) and commented, “There are only two possibilities: either the scientists have no idea about what they are talking about, or they are deliberately misinforming the public and the regulators. Even worse, they are creating panic to vapers (the vast majority of whom are former smokers), with the risk of making them relapse to smoking. This is a typical case of gross misinformation and extremely poor science. Literally, a public health disgrace… The reporters of this “study” (not authors, because there is no published study) need to immediately apologize to the public for creating this story out of nothing.”

This is what Tobacco Control seem to be good at when debating vaping… creating something out of nothing. Not surprising when you do not know enough.

Deception seems to be the name of the game. One flawed study pops up only to be put down, then another pops up. It is like playing Whack-a-Mole.

However, it is Tobacco control who give the game away. Ironic as it maybe is, the WHO FCTC who put their size 12 boot in it. They produced a ‘comprehensive’ overview of ENDS / ENNDS [vaping] which was responded to by the UK Centre for Tobacco and Alcohol Studies, a UKCRC Public Health Research Centre of Excellence. And, oh boy… well, UKCTAS demonstrated the following weaknesses in the WHO FCTC statement…

Without ever having seen Pasadena’s policy on e-cigarettes I am willing to bet a pound to a penny that it reflects all the weaknesses outlined above. And why am I so sure of that?

…You are nothing but sheep following the flock.

Zounds! You’re really, really good, Robert! I think, after reading this, that vapers should have a new chant outside government and public health buildings. It would go like this:
“Baaaaaaaaaaa Baaaaaaaaaaa Baaaaaaaaa”. Something has to shame them into putting people’s health before lazy thinking and backhanded payoffs.

“Baaaaaaaaaaa Baaaaaaaaaaa Baaaaaaaaa”. Reporting for duty. Do I have permission to call the ” Little Ole Ladie’s from Pasadena “? or should I just wait to sneak a Shit On The lawn! ( They have no idea just how a sheep works now do they ) Especially one who’s pissed off! CALL!!! 626-744-6000 https://youtu.be/C1RI3Gc_G7g

Apologies for the missing ‘l’ in ‘following.’ I can only say one thing to that. “Oh fock.”

Did the grant come from the CDC (a gov’t agency) or the CDC Foundation, a PRIVATE charity controlled by patch makers and other Big Pharma companies?

I read from the CDC Grrrrr!

I am wondering if the Pasadena officials didn’t look at fine print. I don’t KNOW, it might require an FOIA to find out.

It is a direct quote taken from their own website so I assume it is the CDC.

Ah! I’m slow Karyyl.. I see where you are coming from. The CDC would not give out grants.

That is not 100% clear. But if they use them to lobby, it is against federal law. So, either way, there’s some possible profit in finding out which. But if it’s the CDC Foundation instead of the CDC, then embarassment of the city is the best bet. If it’s the real CDC, then we need to file the info away for a future federal lawsuit. Or prosecution. Trump might enjoy that.