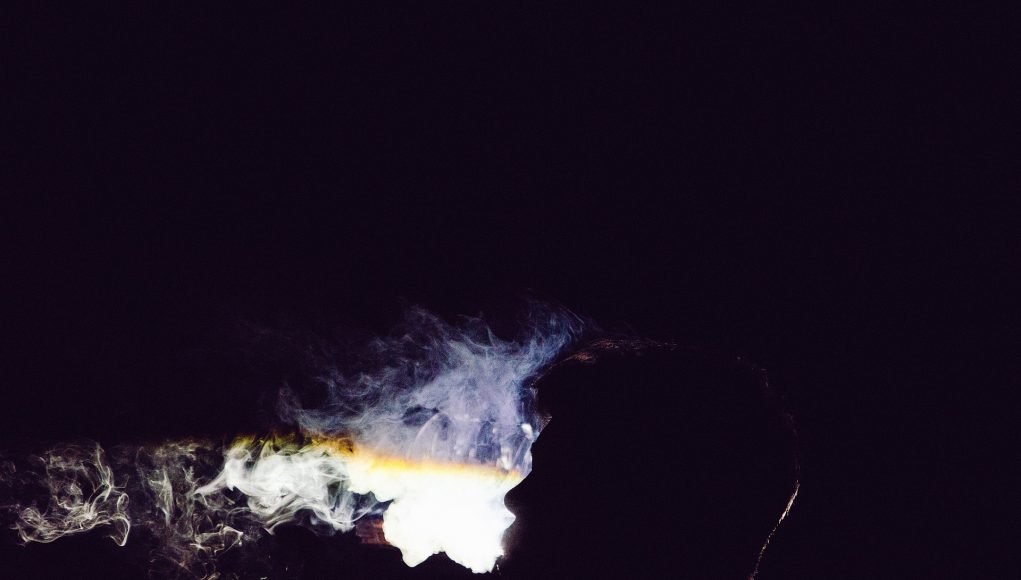 An article by health policy editor Denis Campbell published yesterday on The Guardian, said that these findings have prompted “renewed concern” about parents smoking at home where children are exposed to the smoke. This audit examined the records of 5,443 children treated as inpatients for asthma in 153 hospitals during November 2015.

“This study highlights the importance of making homes smoke-free since that is where children are most likely to be exposed to tobacco smoke, which can trigger asthma attacks,” pointed out Deborah Arnott, chief executive of the anti-tobacco group Action on Smoking and Health.

Smoking in a car with a child became illegal in October 2015, so now the focus has shifted to secondhand exposure in homes. The British Thoracic Society’s national pediatric asthma audit said that keeping in mind that the number of smokers and of smoking mothers is declining, “the fact that one third of children admitted in this audit were recorded as being exposed to cigarette smoking is worrying”.

Besides exposing bystanders to less harmful chemicals, vaping has been found to alleviate symptoms of asthma in vapers themselves.
Dr Russell Viner, officer for health promotion at the Royal College of Pediatrics and Child Health, agrees that these are worrying figures and that parents need to be educated about the health risks posed by secondhand smoke. Other pediatricians have said that they would like the government to financially boost Stop Smoking Services, in order for smoking parents to receive the support they need to quit.

Why switching to vaping would help

After the renowned study published by Public Health England which had found vaping to be at least 95% safer than smoking, the UK has fully endorsed vaping products as smoking cessation tools. In fact they are now given out by Stop Smoking Services as an NRT, (Nicotine Replacement Therapy), to anyone who asks for support in order to quit the deadly habit. But besides exposing bystanders to less harmful chemicals, vaping has been found to alleviate the symptoms of the respiratory disorder in vapers themselves.

In asthmatic patients, we observed significant and stable improvements in respiratory symptoms, disease exacerbation rates and lung function already after 6 months of regular e-cigarette use, and persisting for up to 2 years.Dr. Riccardo Polosa, MD, PhD

A study carried out by Dr. Riccardo Polosa, MD, PhD, an internationally recognized leader in the field of clinical bronchoprovocation (airway-challenge studies), found significant improvements in asthma sufferers. “In asthmatic patients, we observed significant and stable improvements in respiratory symptoms, disease exacerbation rates and lung function already after 6 months of regular e-cigarette use, and persisting for up to 2 years“, said Polosa.

Smoking parents need to be educated and supported

Therefore while all experts agree that smoking parents need to be aware about the detrimental effect that second hand smoke is having on their children, it is also important that they are fully supported and offered a safer and effective NRT such as an e-cigarette, especially considering that incidentally the products are known to be the most effective smoking cessation tools since they mimic the action of smoking.

Bullshit! The IARC study found that children of smoking parents had lower asthma incidence rates.About a third of asthma cases are misdiagnosed though.Besides smoke (that’s any smoke) is merely a suspected trigger of asthma attacks-not cause.(you need to already have it) The 2 main triggers are still pollen & pet dander.The actual cause is unknown.Antibiotics are thought to be a major cause.Same with genetics (parents have it) Work environment is up there. https://www.nhlbi.nih.gov/health/health-topics/topics/asthma/causes

Second or thirdhand cat dander is a killer y’know. Cat owners should be made to work outside. Hey, we’re not monsters. We’ll provide them umbrellas for when it rains. (They’ll be responsible themselves of course for wearing the appropriate seasonal clothing to work!)

Diane, I’m VERY disappointed in your approach in this article. Don’t you realize that the same people who have been telling the same lies against smokers for years are the ones who are now attacking vapers? If you support their tricks and lies in one arena it simply empowers them to attack in the other arena as well.

Did you read the study in question? Did you examine such parameters as the length of the “recently exposed” time frame (there’s a HUGE difference between 24 minutes and 24 hours etc) or the proportion of ALL children (not just the ones with asthmatic presentations) who had similar exposures or asthmatic children with exposures who show NO signs of exacerbation due to such exposures?

Actually, as usual, if you go to the primary sources you’ll immediately begin to see the lies of the propagandists. See https://www.brit-thoracic.org.uk/document-library/audit-and-quality-improvement/audit-reports/bts-paediatric-asthma-audit-report-2015/ and check on that time frame between these poor kids supposedly having smoke blown in their faces and having an asthma attack.

Nope: TWO YEARS… any exposure recorded in the last TWO YEARS was the guideline for this scare headline!

If I presented you with a study saying that 10% of children showing up at ERs with asthma attacks had parents who’d vaped within the last two years, would you take that as real evidence that “secondhand vaping” was killing children? Of course not. So why do you accept this sort of propaganda from the same herd of Antis just because they’re wearing different clothing for their attacks on smokers?

I don’t want to try for two links in one posting here, so let me just recommend that your read the “Of Vapors And Vapers” section under the Book Selections tab at TobakkoNacht dot com to see how the same twists, turns, and lies used against smokers are now being used against vapers. Don’t let the Antis win in a Divide And Conquer game Diane.

Vapers and smokers are traditional brothers in arms, fighting against the scaremongering, junk science and propaganda foisted upon us all by the health gestapo. Sad times indeed when some of those brothers side with the enemy.

Hi Michael,
Thank you for your comment. I re-read the original article on the Guardian, and I did notice that the author focused on the negative aspects of the BTS report on asthma…so I can see now that perhaps behind his article there may be a political agenda that I missed, such as the reversal of the £200m-a-year cut to the public health budget in England, in order to boost stop-smoking services.
Thank you one again.

Thank you for your comment. I re-read the original article on the Guardian, and I did notice that the author focused on the negative aspects of the BTS report on asthma…so I can see now that perhaps behind his article there may be a political agenda that I missed, such as the reversal of the £200m-a-year cut to the public health budget in England, in order to boost stop-smoking services.

Thank you once again

Diane, don’t feel bad for missing it: these people are highly paid professionals. I see their tricks because I’ve been following them and writing about them for over 20 years. Read some of the material under the “Book Selections” tab at http://tobakkonacht.com and you’ll see a good sampling of their tricks and techniques exposed.

Oh for the day when journalists do some actual research before spouting anti-smoker propaganda!

The inconvenient truth, is that the majority of studies of children of smokers suggest it is PROTECTIVE in contracting atopy in the first place…this New Zealand study says by a staggering factor of 82%.

“Participants with atopic parents were also less likely to have positive SPTs between ages 13 and 32 years if they smoked themselves (OR=0.18), and this reduction in risk remained significant after adjusting for confounders.

The authors write: “We found that children who were exposed to parental smoking and those who took up cigarette smoking themselves had a lower incidence of atopy to a range of common inhaled allergens.
“These associations were found only in those with a parental history of asthma or hay fever.”

They conclude: Our findings suggest that preventing allergic sensitization is not one of them.”
The Journal of Allergy and Clinical Immunology
Volume 121, Issue 1 , Pages 38-42.e3, January 2008
http://www.jacionline.org/arti…

.
This is a Swedish study.

CONCLUSIONS: This study demonstrates an association between current exposure to tobacco smoke and a low risk for atopic disorders in smokers themselves and a similar tendency in their children.”
Clin Exp Allergy 2001 Jun;31(6):908-14
http://www.data-yard.net/30/as…

Putting the studies to one side, do you remember back in the day…when every man and his dog were smokers…and every home had a smokey coal fire? Yip…Asthma was virtually non-existant. Now though, as the smoking rates have plummeted, what do we find?…yeah…every other kid has an inhaler stuck in his gob. This is a fact that doesn’t need studies, but is known to all of a certain generation.

Parm, you KNOW they only cite studies when the studies were paid for out of their own grants and present the “right” sort of conclusions! Antismokers have a VERY selective way of presenting their data… but unfortunately they have the bankroll to spin everything in their press releases. (And there are too few media folks who bother to go beyond the releases to actually do any research on the sources. ::sigh:: )

Hi Diane Please get in touch with Jérôme for any scientific matters. I’ve sent sent him an email or a skype message to ask him to contact you in case you needed help to properly answer.
Thanks.

Or better still VP…hows about Jerome comes and debates this topic with us so we can find some common ground to take the fight to the Antis together?

I hope genuine vapers realise that tobacco control have infiltrated their ranks and are trying to take ownership of their product of choice in the pursuit of tobacco prohibition. I hope vapers realise that they are being taken for fools, and in the tobacco control mind, are only tools to be exploited in their glorious war on tobacco smokers. It should be obvious by now.

Bright, unfortunately a lot of them simply have no idea of what’s going on with the Divide and Conquer game the professional Antis are up to. A few do, but not many.