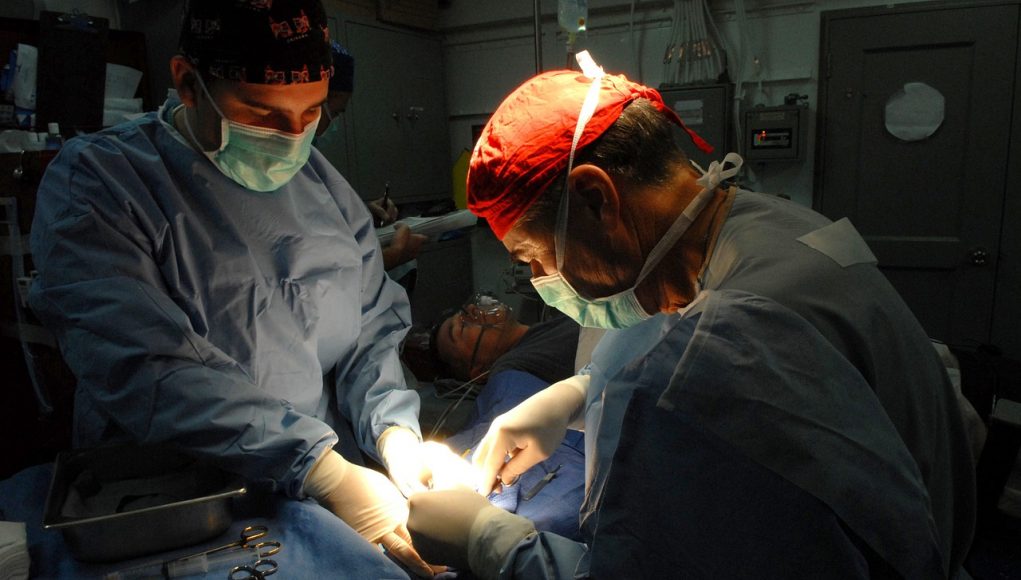 A distorted reasoning that the authors themselves are unable to demonstrate with conviction since their hypothesis is addressed using a vague bibliographic approach and not with a dedicated experimental protocol. From a scientific point of view, this publication brings nothing new to science and only reflects the convictions of its authors on the topic.

Surgery caregivers and the e-cigarette

The fact that surgeons and anaesthesiologists are concerned about the potential effects of nicotine on their surgery and wound healing is not a surprise and was established by a recent survey across health professionals in the US. It showed that surgical care providers were the most reluctant to recommend e-cigarette to their patients. A lukewarmness approach of an however necessary smoking abstinence that may have dramatic consequences for the heaviest smokers, those who are not able to refrain from smoking for the preoperative four weeks and postoperative period.

The core message conveyed by this publication is that “Refraining from [e-cigarette] use four weeks before surgery is a prudent course of action“, which could be somewhat a careful recommendation if substantiated, but the authors added “despite the fact that it has yet to be determined if the effects are similar to traditional cigarettes“…  and this message is repeated with the same uncertainty “Based on our current best knowledge, it seems reasonable to advise plastic surgery candidates to cease e-cigarette use in a manner similar to what is advised for [cigarettes]“.

For sure, the e-cigarette has been introduced recently and the specialists able to objectively review scientific publications are not so numerous. A peer-review is the process through which a scientific publication is double-checked by experts between the time it has been sent to a journal and the time it is available. Reviewers are generally chosen by the editor for their expertise on the topic (or related topics) of the submission. It is nevertheless a crucial step during which the form and content of a manuscript are submitted to the anonymous critics and comments, and after which the authors are asked to revise their writings.

Above is described an ideal peer-review process, but things do not always happen this way. Since, most of the time, a review is based on a volunteer act, it must cope with increasing delays, commensurate with the business of their authors. Editing constraints may sometimes interfere with this process, urging reviewers in their task. Sometimes conflicts of interest also interfere with the objectiveness of the review, or simply because of personal or professional dealings or oppositions. All these must be under control of the editor who should be the last one to decide for acceptance or rejection, as well as a judge of the objectiveness of the author/reviewer interaction.

With a more careful reading of this manuscript, not as a journalist but rather as a scientist and professional scientific reviewer, it becomes apparent that the authors lost themselves into the uncertain comparison between e-cigarette, combustible tobacco and nicotine use. Sometimes “nicotine” use is assimilated to smoking, sometimes to vaping and in most cases the cited bibliographic references do not match with the scientific concerns of the researchers who did their job with dedication and method.

An unsolicited review but more objective one

This is exactly what is pointed out by Dr Konstantinos Farsalinos on his blog, a fortiori, because Farsalinos is the leading author of one of the articles cited in the Plastic Surgery publication, and because their statement regarding potential surgery complications associated to oxygen radicals has nothing to do with the vaping topography and estimation of liquid consumption addressed by the e-cigarette specialist.

Another example of mis-attributed statement is cited by Farsalinos for whom this Plastic and Reconstructive Surgery publication should be retracted.

The scientific facts behind smoking cessation in the perioperative period of a surgery is linked to the lowering of oxygen saturation in the blood and increased blood pressure caused by cigarette smoke that have adverse effects on wound healing. A citation by K. Farsalinos in his vibrant plea supports the statement that nicotine is not to be considered a factor of risk for surgery (neither before nor after).

NRTs are recommended to smokers to remain abstinent in this sensible period were some complications may arise from their smoking (high blood pressure, decreased reaction to infection, longer recovery period,…) and complicate the task of health professionals (aenesthesiologists and surgeons). An American team at the Mayo Clinic went further and followed patients to which vaping was advised during the perioperative period because they health professionals were not sure that their patients could remain abstinent with patches or gums. Their conclusions were encouraging and they even planed to pursue their investigation of e-cigarette use with hardware presenting better performances at delivering nicotine.

Several examples indicate that education is mandatory for e-cigarette: Education of vapers to acquire the best practice of vaping and to be aware of the limitations and risks, but also education of caregivers at all levels, especially those with the most qualifications, to be able to provide the most neutral and accurate information on this practice.

For more information on the use of e-cigarettes in replacement of tobacco smoking during a perioperative period:

Fisticuffs around vaping at the Clinic

This was needed, You have explained in simple terms much of what was wrong with this statement by surgeons who either did not know what they were talking about or where prepared to twist the facts, or, more likely, both.