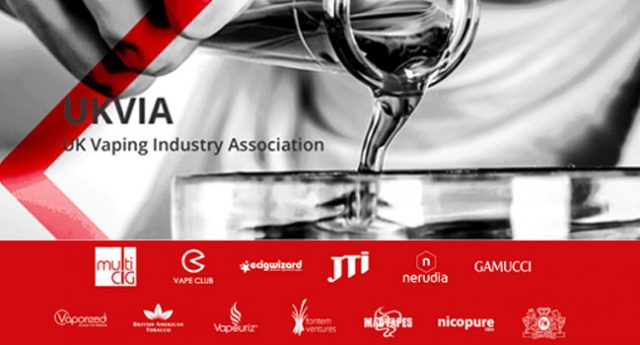 “To raise decision-makers’ awareness on the vaping sector”

Created in September 2016, the announce was only released in November. The association UKVIA aims at becoming the leader in advocating for the vaping industry in the UK.

Among these last companies, many have ties with Big Tobacco groups through their human ressources (Nicopure recently hired ex-PMI director), activity cessation (founders of Nerudia sold their former company, CN Creative, to BAT who acquired at the same time Intellicig), or because of the nature of the products they distribute (Gamucci or MultiCIG are competing Big Tobacco companies on the Cigalike market).

Confusion as a strategy?

The creation of UKVIA comes in echo to the announcement of the creation of the IBVTA (Independent British Vape Trade Association) by five independent professionals in the vaping sector.

The similarity in the way to communicate between IBVTA and UKVIA (even the number of letters in the acronym) is not without recalling the confusion between heated tobacco and vaping products in the press, those last few weeks. A suspicious mix of genres that propagates to the European Commission that recently classified the questions related to taxation in the chapter dedicated to the e-cigarette.

IBVTA discloses it has been crated to support the independent (… from the Big Tobacco groups) vaping industry on the long-term and to represent the rights of the British companies, independent, responsible and ethical, whatever the size of their business.

UKVIA announces that its creation aimed at supporting all components of the vaping industry and to represent British companies, responsible and ethical, whatever the size of their business. No mention, however, of independency, because it is not.

IBVTA is a collaborative association and doesn’t belong to any company. Based in the center of Westminster, IBVTA is supported by a secretariat and possesses a scientific committee.

UKVIA is presented as a collaborative organism that is not owned by a single person, a company or a group of companies. The Association is composed of the 13 founding members that are representative of a significant part of the vaping market in terms of production and sale. All members have the same right to vote.

Based in the heart of Westminster, UKVIA is committed to the defence of a sensible regulation based on a scientific ground so that the debate with decision-makers remains informed and evidence-led.

In the quality of a professional vaping association, UKVIA is committed, without surprise, to the growth and the expansion of this market. As a “passionate defender of quality standards”, it argues for strengthening the norms on production.

This type of strategy is currently paying back in the USA where a stronger regulation should allow the tobacco industry to establish its supremacy on the e-cigarette market at the expense of the independent vaping sector.

The European consumer is concerned by the standardization defended by this tobacco industry about vaping products:

Such measures are constraining, according to independent professionals of the sector, but they are nevertheless defended by MEPs like Rebecca Taylor. An interview of Mrs Taylor is available in the documentary film “Beyond the Cloud”.

UKVIA also took position on advertisement. The association considers that advertising e-cigarette should be authorized, oriented to smokers and adopt specific codes that do not touch the youth. UKVIA finally supports the prohibition of e-cigarettes to the under-18 and argues, in the sake of public health, that “smokers should receive free information on available alternatives to smoking tobacco”.