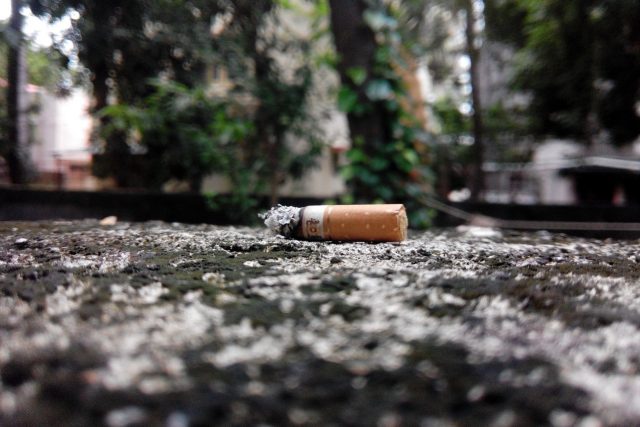 To the many smokers who believe that smoking a few cigarettes a day is not dangerous, the researchers from the Division of Cancer Epidemiology and Genetics of the National Institutes of Health (NIH) in Rockville (MD) and from the Office of Science, Center for Tobacco Products (US FDA) in Silver Spring (MD) answer that the risk exists and is not negligible.

More than that, the authors of this large scale study conclude that  such light smokers “were at substantially higher risk of premature mortality from a broad spectrum of smoking-related causes of death”. Their survey was carried out over about 300 000 US citizen (58% male, 42% female) from southern states who were recruited among a cohort of more than 565 000 persons, initiated in 1995-96. The participants at baseline answered a questionnaire sent in 2004-05 that assessed lifetime cigarette smoking history and other factors.

The number of cigarettes smoked per day (CPD) was clustered in 6 categories from 0 to >30. The data reported by the researchers concern the participants who smoked <1 and 1-10 cigarettes per day over their lifetime. Reported deaths were tracked until the end of 2011.

The researchers investigated all-cause and cause-specific mortality in this cohort and found that even when smoking less than one cigarette per day, the risk of premature mortality is multiplied by 64% higher compared to non-smokers, 87% higher between 1 and 10 cigarettes smoked per day.

A longer smoking history (the ones who reported smoking before baseline) even at low intensity increases the risk of all-cause mortality to 187% (close to a two-time factor).

The low number of participants smoking less than 1 cigarette per day did not allow statistical assessment of any smoking-specific death cause in this group but revealed positive trends with lung cancers and cardiovascular diseases.

Among those who smoked at lower intensity (<1 CPD), the participants who quit before baseline had a small risk (+8%) compared to never smokers. The risk of premature mortality increased to 17% among those who reported having smoked 1-10 CPD before quitting. Lung cancers and respiratory diseases were also the most likely (above two times more likely) causes of death in this latter group.

The conclusions of this work are that smoking kills, undoubtedly, but the risk of premature death is reduced in case of successful cessation and is even more reduced if the cigarette smoke exposure’s life span to cigarette is lower. The popular belief conveyed by Big Tobacco companies until the 70s that a small amount of cigarettes smoked per day were meaningless for health is totally wrong (although a good selling argument for tobacco manufacturers). Even low-intensity smokers (<1 cigarette per day) are also subject to the harm caused by tobacco and smoking-related death causes are prevalent.

This further indicates that any type of action that reduces the intensity of smoking or allow smokers to stop altogether will have a benefit of smokers’ health. The benefit is shown to be the highest if smoking cessation occurs early in the smoking history but also if smoking is significantly reduced and maintained at low  intensity.

Quitting cold turkey is probably the best option for smokers who are concerned by the consequences of their smoking on health, but this most often fails because it is very hard to stick to abstinence when dependent to nicotine.

Switching to a safer habit comes just in second position. And if alternative methods allow smoker to reduce or even to maintain a low consumption of combustible tobacco, it is already a victory. Scientists do not have a sufficiently broad perspective to be able to assess the long term effects of vaping but studies have been published that address the subject over 5 or 6 years than already depict medium- to long-term tendencies.

The harm profile of vaporizers has been estimated to only 5% compared to conventional cigarettes. Since their introduction on the market, e-cigarettes have received increasing interest by researchers. But it should not be forgotten for future studies that most vapers are or have been smokers, when dealing with premature death data and that wiping the slate of a smoking history is not that easy.

To help smokers improve their health:

Tips on how to successfully use e-cigs to quit smoking

Vaping is an effective way of quitting the habit of smoking but it takes a good quality e-juice to prove the safety of vaping. http://www.levelvape.com/