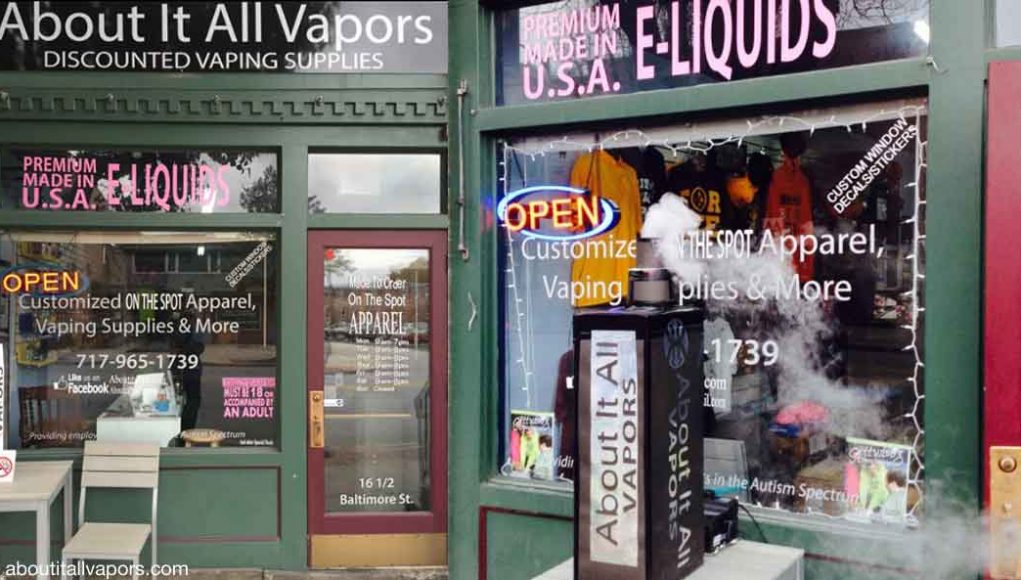 An article published last week on World Vape News said that About it All Vapors, is the latest vape shop to close down in York County, Hanover. After a 40% tax was implemented on vaping products last October in the state of Pennsylvania, like many other business owners, Tony Myers was left with no other option but to close his shop.

“I’m closing what would be a lucrative business due to mafia practices by the state. This is stuff John Gotti himself used to do.” Tony Myers, Owner, About it All Vapors

Tony Myers said that he had opened About it All Vapors to help fund a special program he conducted via his businesses, by employing people with special-needs and teaching them responsibility. “I never asked for any help from the state to subsidize the employment, I wanted to get them off the umbrella of the state who deems them worthless.” added Myers.

A tax aimed to take everyone out of business?

There might be no industry in as little as a year from now, unless something is done.
The tax in question formed part of a revenue generating plan discussed last Summer in Congress, to make up for a 1.3billion$ shortage in the state’s budget, and was met with protests and opposition.

“This 40 percent tax is a cancer, it needs a second opinion, and it needed it yesterday,” said John Dietz, vice president of the Pennsylvania Vape Association, on the organization’s website, whilst warning that there might be no industry in as little as a year from now, unless something is done.

Several local lawmakers agreed that  the tax is unreasonable and asked for the compromise bill to be passed. Bill (HB 2342) was put forward by Rep. Jeff Wheeland and Sen. Camera Bartolotta, and would replace the 40 percent tax with a five-cents-per-milliliter e-liquid tax.

Additionally both pointed out that the expected revenue to the state will fall considerably short of the projected $13.3 million because of the significant amount of vape shop closures, and Bartolotta warned “more will likely follow suit” if the tax remains unchanged.

“This 40 percent tax is a cancer, it needs a second opinion, and it needed it yesterday.” John Dietz, Vice President of the Pennsylvania Vape Association

Local vape shop owners approve of the measure proposed by Wheeland and Bartolotta and consider it as a significant improvement.  Ace of Vapes owner Brandon Mueller said the proposed tax would be a vast improvement. “We prefer no tax, but we can work with this one,” said Mueller.