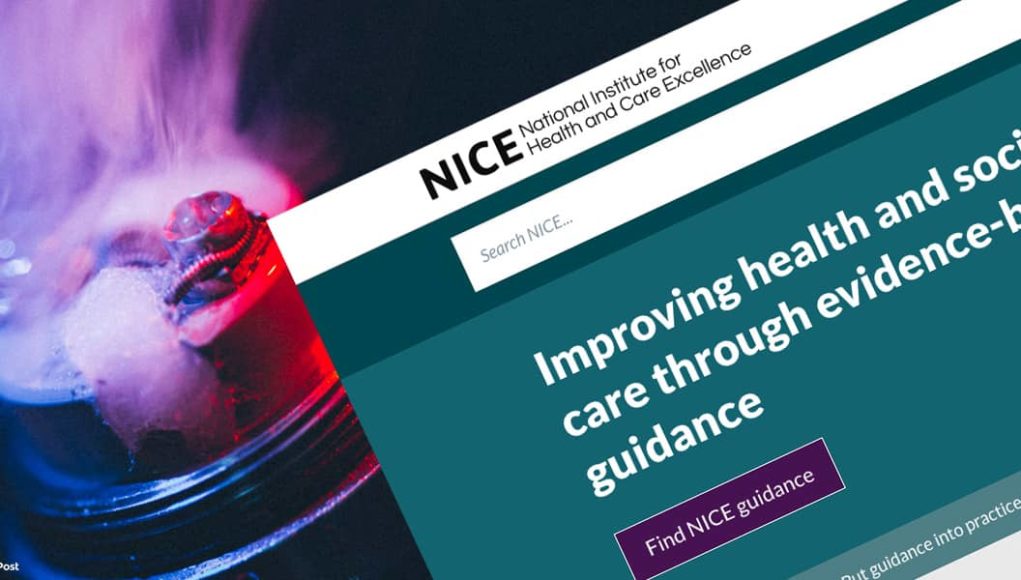 After last year the PHE famously announced that it was endorsing e-cigarettes for smoking cessation, smoking rates in the UK have been on a steep decline. Infact according to the Office for National Statistics (ONS), the amount of smokers in 2016 went down to 15.8%, from 17.2% in 2015, which equates to the country reporting the lowest smoking rates ever recorded, and the second lowest rates in Europe.

There have been a number of studies released which support the PHE’s claims, that e-cigarettes are significantly safer than their combustible counterparts.
“It’s now hard to believe that back in 1974 almost half of adults smoked. But now an end really is in sight and we have a real opportunity to virtually eliminate all the harm, misery and death caused by smoking,” stated Duncan Selbie, chief executive of Public Health England earlier this Summer.

However, the NICE is less enthusiastic about the safer alternatives. In a new draft guidance, the Health Institute urges doctors and nurses to not encourage the use of e-cigarettes for smoking cessation. Patients should be advised that there “is currently little evidence on the long-term benefits or harms of these products”.

That said, staff should “be aware that Public Health England and the Royal College of Physicians have stated that e-cigarettes are significantly less harmful to health than tobacco“, said the NICE. Yet, they should encourage a combination of behavioral support and products such as nicotine replacement therapies as an aid to quitting.

The claim that there is not enough evidence pertaining to the products will most certainly cause a stir amongst public health and anti-smoking experts. Recently, there have been a number of studies released which support the PHE’s claims, that e-cigarettes are significantly safer than their combustible counterparts. Additionally, data collected via several smoking surveys indicates that e-cigarettes are smokers’ preferred smoking cessation aides, as they mimic the action of smoking, hence make the transition from smoking to not smoking easier.

Cancer Research UK in favour of e-cigs for harm reduction