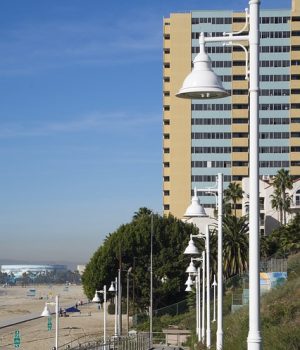 Councilman Dee Andrews, who proposed the amendment last December, called this move a “good first step” towards protecting public health. “Young people are getting their hands on and using these addictive devices,” said Andrews. On the other hand Rev. Jack Kearney, an addiction counselor at the Family Intervention Center in Lakewood, has pointed out that the devices have been central in helping many beat smoking addictions. “There is enough science to say they are 100 times safer than cigarettes and are by far our most effective tool for helping people quit smoking,” said Kearney.

In line with Kearney’s argument, and another study, recently published on the American Journal of Preventive Medicine earlier this month, indicated that contrary to recent media reports, vaping is commonly prevalent only amongst smoking teens, in which case it is serving as a harm reduction tool.

Thanks to vaping, smoking amongst teens has reached “historic lows”, and while teenagers may experiment with e-cigs just like they do with other substances, regular users tend to be replacing deadly cigarettes.
Sadly, in these last few weeks we have witnessed a surge in alarming media headlines on how teen vaping is apparently out of control. Public Health expert and anti-smoking activist Clive Bates has also discussed this on his blog page, referring to the numerous alarmist headlines amongst which one by the The New York Times ‘I can’t stop’: schools struggling with vaping explosion, and another by CNN, Vaping now an epidemic among US high-schoolers.

The aforementioned study is significant because it dispels the above confirms what many public health experts have been pointing out. Warnings saying that vaping will make smoking popular again and that e-cigarettes may act as a gateway to smoking, are unfounded, as in fact cigarette consumption by teenagers has reached “historic lows”, and while teenagers may experiment with e-cigs just like they do with other substances, regular users tend to be replacing smoking.