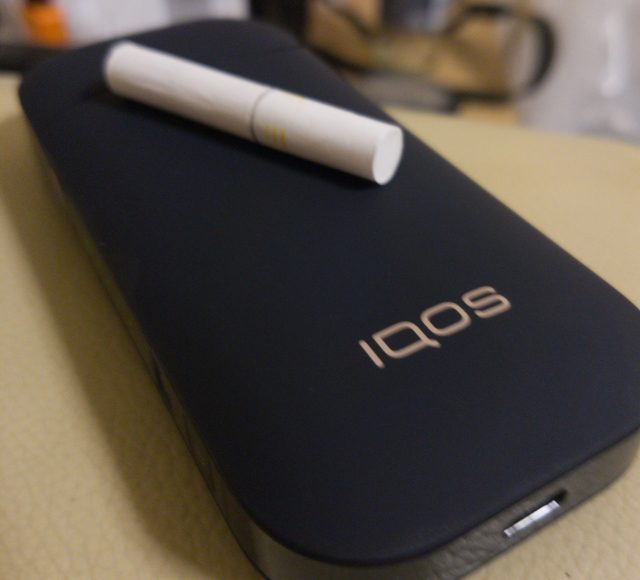 The recent debate over the relationship between vaping and Heat not Burn products exploded this week, culminating in a firm intervention by the New Nicotine Alliance. This move by the NNA follows a series of YouTube videos by vape reviewers, attacking HnB and shops that decide to stock the products.

Controversy over this issue began a few weeks ago, when news began to circulate that Philip Morris was offering its iQOS heated tobacco product to vape shops. Some vapers reacted negatively to this, claiming that selling iQOS would link vape shops to the tobacco industry and jeopardise passage of a private members’ bill to remove vapour products from tobacco regulations after the UK leaves the EU.

In reality the bill is purely related to vapour products, and what’s sold in vape shops is completely irrelevant. However, there’s a spreading misconception that the sale of tobacco products like iQOS in a vape shop will cause legal difficulties. Of course, in the EU e-cigs are already classed as tobacco products in law.

One reviewer, who was a New Nicotine Alliance associate, also criticised the NNA for allegedly reversing its policy on the sale of HnB in vape shops; he claimed NNA used to be opposed to this and now supported it, insinuating that they had been bribed by the tobacco industry. In reply NNA chair Sarah Jakes clarified that the organisation has never had any policy on this issue, and supports the easy availability of all reduced harm nicotine products.

Under pressure from politicians, the Food and Drug Administration has said it will toughen its enforcement actions against vape shops that sell products to under-18s. Although there’s no evidence this is actually a problem it’s become a hot potato in US politics, and regulators face constant demands to do more about it.

The latest move was prompted by FDA commissioner Scott Gottlieb’s recent appearance in front of a congressional committee, which pressed him on the subject of teen e-cigarette use. While actual data suggests that few US teens vape regularly, and almost all those who do are current or former smokers, Gottlieb is now saying “We can’t just addict a whole generation of young people onto nicotine”: For vape shops the outcome is likely to be stricter surveillance and heavier penalties – up to a ban on selling any nicotine or tobacco product – for those who break the law.

Sense breaks out at US university

The Durham faculty of North Carolina’s Duke University has announced that it will take a harm reduction approach to cutting smoking on campus. Due to be phased in between this summer and July 2020, the new policy will eliminate tobacco from the university and encourage the use of lower-risk products instead.

In a letter sent to students, faculty and staff on Monday, the university’s president stated that retailers on Duke property will stop selling tobacco products by 1 July this year; two years later, all combustible tobacco use will be banned from the campus. However the use of e-cigarettes, chewing tobacco and other reduced-harm nicotine products will be allowed.

WM Wrigley Jr Co won a landmark legal victory last Friday, when an e-liquid manufacturer it said had stolen its intellectual property failed to show up in court. The case brings home a point many advocates have been making for years – that the vapour products industry needs to play by the rules, because any infraction will be used against it.

The loser in this case was Get Wrecked LLC, which had been using logos based on Wrigley’s popular Starburst and Skittles brands. Despite several requests to change their branding, the company continued to trade on Wrigley’s reputation, and eventually the confectionary giant ran out of patience. Now a court has ordered the company, in absentia, to stop selling the offending products and cover Wrigley’s court costs.

A new “anti-tobacco” law being pushed by a Romanian opposition party would ban vaping in all public spaces. In an extraordinary rant Cristian Ghica, the bill’s originator, claimed that “There is no scientifically substantiated research demonstrating that these devices pose a lower health risk than the classical and tobacco products.”