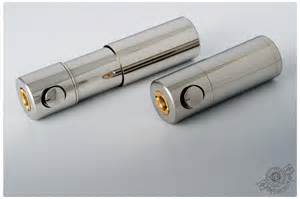 The death of a 38-year-old Florida man has been linked to vaping by an autopsy, making it the first death confirmed to be caused by vaping. However it wasn’t caused by any health risk of vaping itself; instead, as some advocates have been warning, this was a consequence of using obsolete equipment with no safety features.
Tallmadge D’Elia was found in his burning bedroom in St Petersburg, Florida on 5 May this year, after his family were alerted by an explosion. D’Elia had been using a mechanical – or “mech” – mod manufactured in the Philippines and distributed in the USA by Smok-E Mountain. These devices use a simple mechanical switch to complete the circuit and supply power to the coil; unlike modern regulated mods they have no safety circuits to protect the battery from excessive power drain. As a result, if the atomiser resistance is too low the battery can quickly go into thermal runaway. If this happens the design of the device’s body – usually a simple metal tube – means it’s likely to explode.
In this case, the autopsy found that D’Elia’s mod had exploded into metal shrapnel and at least two pieces had entered his head, killing him. He also suffered burns to around 80% of his body, but this was probably caused by the fire started by the exploding battery and isn’t likely to have contributed to his death.
Mech mods are safe when properly used, but a small mistake can easily result in a battery explosion. Vaping advocates warn that they should never be used by anyone who doesn’t have a good understanding of electricity, especially the relationship between resistance and current. Mechs offer no advantages over a modern regulated mod.

More Americans try vaping – but fewer take it up

New research published in the Journal of the American Medical Association suggests that the number of Americans trying vapour products is continuing to rise – but the number who go on to become regular vapers is falling. This is a further blow to claims that vaping is somehow causing a “nicotine epidemic”, especially among teens and young adults.
The JAMA study is based on data collected from around 100,000 people between 2014 and 2016, making it a large – and probably reliable – sample. The researchers found that the proportion of Americans who had tried vaping was 12.6% in 2014, rising to 13.9% in 2015 and, more dramatically, to 15.3% by 2016. This fits with other research suggesting that the growing popularity of vaping is encouraging people – mostly current smokers – to try it.
However, the second part of the study’s findings are yet another nail in the coffin of the discredited “gateway” theory. While more Americans are trying vaping, fewer are actually using e-cigarettes. The proportion of the sample who vaped on one or more days in the past month was 3.7% in 2014. By 2015 this had fallen to 3.5%, and in 2016 it was just 3.2%. This is a clear sign that there’s little risk of vaping becoming widespread among non/smokers.

Health Canada has released a new set of regulations which are officially aimed at cutting smoking, but look more like an attempt to cripple the viability of vaping as an alternative. While vaping advocates will welcome some parts of the new law, overall it’s a huge negative move by the health regulator and is likely to have the perverse effect of pushing smokers to continue the habit.
The new regulations include some small measures aimed at cigarettes, including the introduction of so-called “plain packs” – a policy which has been tried in both Australia and the UK, and seems to have led to an increase in cigarette sales in both countries. However it also bans all “confectionary” flavours from vapour products, arguing that these flavours are aimed at children. The reality is that they’re some of the most popular flavours among adult smokers who’re trying to switch, so the result is likely to be that more smokers keep smoking – and Health Canada’s target of cutting smoking prevalence from 15% to 5% by 2035 will remain out of reach.