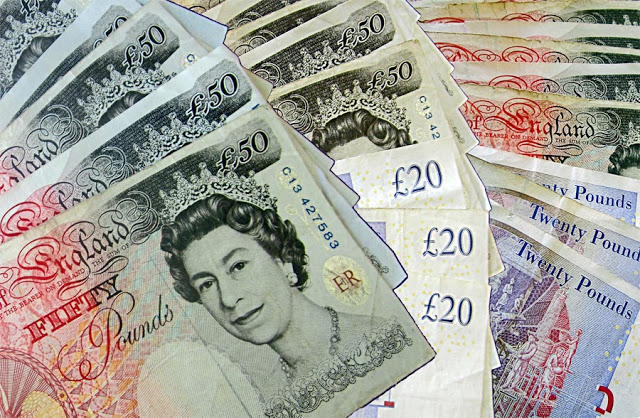 Britain has built up an enviable reputation as a world leader in tobacco harm reduction – but that might be about to change, as the government considers imposing a tax on vapour products. Reports from Whitehall say that ministers want to tax vapers to help fund the £20 billion extra money they have promised the National Health Service. Predictably, harm reduction advocates have responded to the plan with fury.

The New Nicotine Alliance issued a statement pointing out that 1.5 million British citizens have used e-cigarettes to quit smoking and that applying a sin tax to the products is “completely inappropriate”. NNA chair Sarah Jakes said, “Switching from smoking to vaping is not ‘sinning’, it is the exact opposite.”

Jakes added that there is a problem with public perceptions of vaping, with many people still holding the false belief that it’s as dangerous as smoking. Taxing the products, she says, can only reinforce this dangerous belief by implying that vaping is a “sin” which needs to be discouraged by punitive measures.

A new press release from FDA commissioner Scott Gottlieb paves the way for a pharma industry takeover of the massive US vaping market, according to leading advocates. Friday’s announcement on the FDA’s “support” for reduced-harm products frames the discussion purely in therapeutic terms, with no mention of consumer products. According to Martin Cullip of the New Nicotine Alliance, Gottlieb intends to slant the FDA’s rules in favour of drug companies and shut out the independent sector.

The problem with Gottlieb’s new plan is that the FDA’s revised guidance on how to get a vapour product through the complex and expensive authorisation process is aimed at therapeutic products for medical use. There’s no mention of consumer products intended to be sold in vape shops – which, currently, is the entire market. The worry is that with the FDA’s weight behind them, pharma companies will be the only ones able to bring in new products after 2022, when the agency’s rules will remove almost all current e-cigarettes from the market.

Australian doctors don’t quite get it right

A new report from the Royal Australasian College of Physicians takes a step towards recognising vaping as a harm reduction tool, but fails at the last fence. While the RACP now acknowledges that e-cigarettes can help smokers quit, they stop short of recommending that smokers actually use them.

The RACP’s continued opposition to harm reduction seems to be based on unfounded but persistent fears – for example the discredited idea that young people will start vaping then for some reason decide to switch to smoking, when all the evidence shows that switching is entirely in the other direction.

A statement by the Australian Tobacco Harm Reduction Association slammed the RACP, pointing to the radically different position taken by the UK’s Royal College of Physicians. The RCP says vaping is at least 95% safer than smoking and has “huge potential to prevent death and disability”. By ignoring this example, the ATHRA says, the RACP is risking the lives of smokers.

E-cigarette manufacturer Vype has recalled several batches of its eTank Pro device after a battery issue came to light. Vype say that several batches made before February 2017 are fitted with a battery which can short-circuit in some circumstances, potentially leading to a fire. So far no actual fires have been reported, although some users have reported overheating.

The eTank Pro is a rebadged Innokin T18, and has proven popular among smokers who want a simple but effective alternative to cigarettes. The current issue is related to a specific, discontinued model of battery, and not to any design flaw in the device itself. Vype are asking eTank Pro owners worried that their device may be affected to check the batch code on their website.

E-cigarette users in the tiny Persian Gulf state of Bahrain are outraged after the government decided to impose a 100% tax on e-liquids. The new levy was announced last month and is now starting to hit retailers; Hussain Zamoor, a local vape shop owner, says many consignments of liquid are now sitting uncollected at customs because their owners can’t pay the tax.

Bahrain’s government introduced the tax – identical to those it levies on tobacco and soft drinks – with no discussion or public consultations. Like most Middle Eastern countries it has a very high smoking prevalence, but vaping has been making inroads over the past few years. Right now the country has around 50 vape shops, but concerned advocates say many are now likely to close as vapers switch back to more dangerous alternatives.