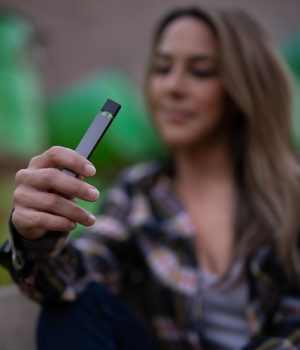 Following countless alarming media reports and mounting public pressure, the FDA has been infamously cracking down on Juul labs. In September, the agency issued more than 1,000 warning letters to U.S. retailers and manufacturers of e-cigarettes, amongst which Juul, in what the agency called “the largest coordinated enforcement effort in the FDA’s history.”

In the letters, the agency demanded that these companies present proof that they can keep the nicotine-containing products out of the hands of minors, within 60 days. The FDA had threatened to ban candy-like flavors, such as bubble gum and crème brûlée, should they fail to do so.

Subsequently earlier in October, the FDA conducted an unexpected inspection at Juul’s San Francisco headquarters, and seized over a thousand documents related to the company’s operations. The agency said that this inspection “sought further documentation related to Juul’s sales and marketing practices, amongst other things.”

Actions to strengthen its position

Juul will keep on selling menthol and tobacco-flavored products in stores, and all the other flavoured e-liquids will remain available for sale on its website.
In the midst of all this, Juul has been trying to strengthen its position by meeting with lawyers and hiring several former high-profile federal officials and regulators from both administrations.

The latest news, according to an article on MarketWatch, is that Juul Labs Inc., is planning to stop selling most of its flavored nicotine liquids at bricks-and-mortar stores. The e-cig manufacturer would keep on selling menthol- and tobacco-flavored products in stores, and all the other flavoured e-liquids will remain available for sale on its website, which has age-verification controls.

How will this affect the business?

Analysts point out that these planned restrictions could have a negative impact on Juul Labs as over half of its sales come from flavors other than tobacco, mint and menthol. On the other hand, the manufacturer has been strategically expanding overseas.

Earlier this year Juul Labs disclosed that it was investing $1.2 million to expand in overseas markets. It started by launching its small flash drive-sized vaping device in the United Kingdom in July, following which the e-cig manufacturer announced the launch of its device in Canada. This expansion is thought to equate to the company being valued at $15 billion.