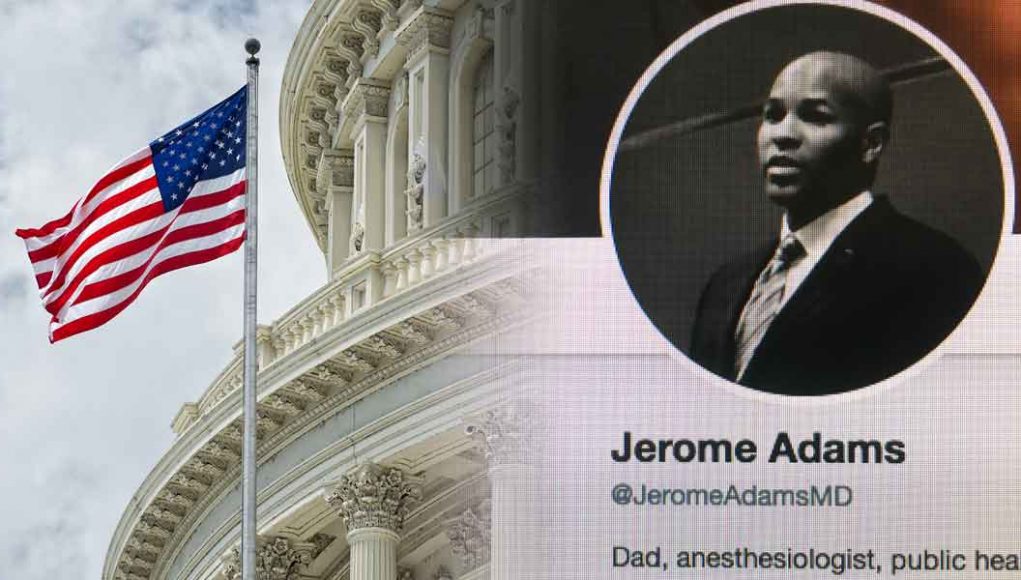 Data released last week indicated that twice as many high school students have used e-cigarettes this year in comparison to last year. Similarly, last month, in a press release on its website, the FDA together with the U.S. Centers for Disease Control and Prevention (CDC), said that data compiled from the National Youth Tobacco Survey (NYTS) indicated that more than 3.6 million middle and high school students were current (past 30 day) e-cigarette users in 2018, a dramatic increase of more than 1.5 million students since last year.

In response to this, the government’s top doctor is urging parents, teachers, health professionals and government officials to take “aggressive steps” in keeping children from using e-cigarettes. “Nicotine is dangerous and it can have negative health effects,” said Adams in an interview. “It can impact learning, attention and memory, and it can prime the youth brain for addiction.”

Surgeon General Adams has also singled out Juul, the best-selling electronic cigarette brand in the U.S., urging swift action to prevent it and similar brands from addicting millions of teenagers. “We do know that these newer products, such as Juul, can promote dependence in just a few uses,” said Adams.

Juul will only be selling menthol- and tobacco-flavored products in stores, while all other flavoured e-liquids will remain available for sale on its website, which has age-verification controls.
In the midst of all this, Juul has been trying to strengthen its position by meeting with lawyers and hiring several former high-profile federal officials and regulators from both administrations. To this effect, last month the manufacturer hired Josh Raffel, a former senior communications aide and crisis communications expert.

“Over the last seven months, we have grown our D.C. team to engage with lawmakers, regulators, public health officials and advocates to drive awareness of our mission to improve the lives of the world’s one billion smokers and to combat underage use so we keep Juul out of the hands of young people,” said Juul spokeswoman Victoria Davis, a statement to The Hill

Additionally Juul also announced that it will stop selling most of its flavored nicotine liquids at bricks-and-mortar stores in the US. The e-cig manufacturer would keep on selling menthol- and tobacco-flavored products in stores, and all the other flavoured e-liquids will remain available for sale on its website, which has age-verification controls.

Juul criticized about talks with Altria

On the other hand, earlier this month news emerged that the San Francisco start-up is currently engaged in talks with tobacco company Altria Group Inc., about a possible deal. According to media reports, if a deal is struck, Altria would get a chunk of the three-year-old company, which this summer was valued at approximately $16 billion.

Juul employees and some of its investors, are outraged by ongoing talks with Altria.
Naturally, news of these discussions have attracted criticism from multiple entities. “The combination of Altria’s sordid history of spending billions to entice kids to smoke, and Juul’s breathtaking success at hooking a new generation of children on nicotine, could mark an historic setback for lifesaving tobacco control efforts,” said chief executive of the American Heart Association, Nancy Brown.

Subsequently, two of Juul’s investors have also joined the discussion, expressing similar concerns. According to an article on Yahoo Finance, the investors, who asked not to be identified for fear of reprisal from Juul’s board and other investors, “expressed concern that Juul was now creating a new generation of nicotine addicts and said if Juul partnered with Altria it would become harder to defend Juul’s mission.” They added that this is not what they signed up for when investing in the company.