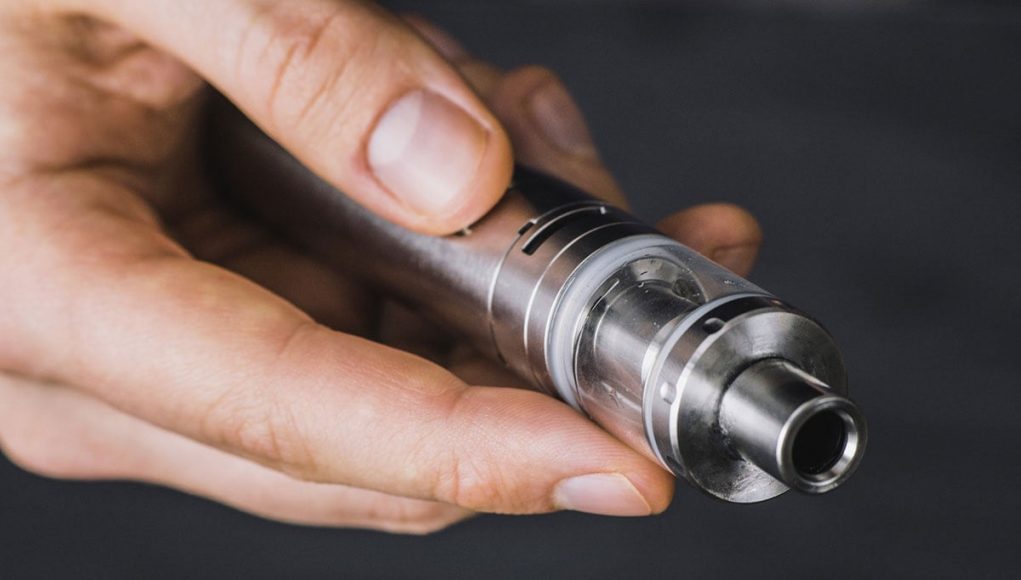 Working from a coffee shop in my home state of Colorado today, I saw a committee for the state’s House of Representatives vote for a bill that would ban vaping from indoor public places. Under the Colorado Clean Indoor Air Act, smoking cigarettes and related tobacco products in public indoor spaces was prohibited unless the public area was a cigar bar, casino, or business that permits smoking.

The bill bans e-cigarettes under these justifications. Luckily, at the behest of cannabis advocates, the bill was amended during committee to protect vaping in cannabis social clubs and other venues like cigar bars.

I do understand many of these policies presented in the bill do consider public health as a first, and there is scientific evidence to the potential impacts of second-hand ingestion of aerosol produced by a vape. For example, a study from the Bavarian Health and Food Safety Authority of Germany found that indoor vaping does negatively impact air quality by infusing nicotine and certain substances into the air of a confined space. One criticism I have for this bill, and Colorado’s entire Clean Indoor Air law, is that it doesn’t offer much latitude for the private business owner to allow vaping in his or her cafe or gastropub without needing the permission of the state. Secondly, proposed indoor bans rarely reflect findings that prove that second-hand aerosols are already safer by chemical composition when compared to the second-hand derivative of combustible tobacco cigarettes. I digress, nonetheless.

While this bill was advanced and offered some fundamental compromise through the amendments, I mention it because this legislation is an example of potentially invasive legislative proposals coming out of state, local, and tribal legislatures across the country. Besides the regulatory fight at the national level, public health advocacy groups are scoring major legislative victories against vaping as a means to fight the ostensible youth vaping epidemic. The proposals that I’ve been tracking vary in approach but have a standard policy basis. The common assumption, as I’ve seen, is that the majority of proposed bills are built around the typical talking points of hysteria and misinformation. But, more aggressively, these proposals are “all or nothing” approaches that suggest cases of command and control regulatory action.

Utah, the Australia of the United States?

Consider Utah for a case study. The socially conservative Utah state government made headlines when members of the state House proposed a set of bills that would raise the legal smoking age to 21 and increase taxes on vaping products drastically. State Rep. Paul Ray, R-Clearfield, introduced a bill that would increase taxes on vaping products by 86.5 percent and would yield the state government over $14.6 million in the 2020 fiscal year if passed. Another House member, Rep. Steve Eliason, R-Sandy, proposed Tobacco 21 legislation that would increase the smoking age from 19 to 21 years. Rep. Jennifer Dailey-Provost, D-Salt Lake City, additionally proposed legislation that would reclassify vape shops as specialty tobacco shops requiring further scrutiny under state law. While these proposals alone could have a measurable negative impact on access to nicotine alternatives, the combined impact could directly hit the vape market in Utah in a capacity that potentially does more harm than good.

Colin Mendelsohn, the chair of the Australian Tobacco Harm Reduction Association (ATHRA) and a newer colleague of mine, has argued extensively on “quit or die” policies related to nicotine regulation in Australia. When you compare the regulatory trajectory in Utah alone, it emulates the Australian regulatory framework for nicotine that classifies the substance used for e-cigarettes and e-liquids as a dangerous industrial poison. Only e-cigarettes and e-juices that don’t contain nicotine are allowed for sale in Australia.

I do admit that it may be somewhat presumptuous to make this claim when analyzing the impacts of lawmaking at the local government level in the United States, but there are similarities. Under Commonwealth and state law, Australian vape shops are tightly regulated with indoor air restrictions and occupational limitations like shops in the United States. Plus, there are marketing and exposure regulations in jurisdictions like New South Wales. The Utah proposal from Dailey-Provost would restrict the sale of vape products in mixed retail locations across the state and only permit the sale of e-cigarettes to specialty shops with marketing regulations. New South Wales regulations in the Australian state force shop owners to comply with retail restrictions and display bans that remind me of display rules governing product displays at an adult bookstore.

Apply my characterization of “all or nothing,” Utah’s proposals are precursors to more aggressive approaches seen in Australia where it is a criminal offense to possess liquid nicotine. And, it’s my opinion that state-level proposals are overly aggressive in this regard. At a national level in the United States, the current regulation and coming actions coming from the Food and Drug Administration (FDA) do emulate “all or nothing” approaches that would negatively impact the positive public health gains offered by the expanded access of alternative nicotine products like nicotine-containing e-cigarettes.

“It’s frustrating to me that the FDA and states seem to forget their own enforcement options instead placing the entire burden on industry,” says Carrie Wade, director of harm reduction policy at the conservative-leaning R Street Institute. Wade alluded to American domestic policy primarily, but the regulatory approaches of “all or nothing” or “quit or die” can be owed to the influence of international entities. “Countries (including our own) are blatantly ignoring article 1d of the FCTC which recognizes harm reduction as an integral component. So, yes, it seems to be a quit or die mentality which blames smokers and takes away their autonomy in how to best manage their health if and when they decide to quit or move away from combustibles,” she adds.

Most of my research measures the tobacco harm reduction friendliness of a specific country based on a narrative analysis of a national government, the acceptance of nicotine in a culture, and how an economy accepts alternative products. Much of the policy initiatives that we see domestically and abroad are influenced by multinational advocacy. Considering the impacts of domestic policy from an entity like the World Health Organization, it’s not surprising that national and provincial governments take on vaping with such impunity. If and when such regulatory approaches are taken, this threatens far more than protects.

In the world of economics, we have a term called the “law of unintended consequences.” This theory is considered one of the formative concepts in the field of the modern Austrian school (free-market) of economics. Political philosopher Adam Smith surmised that one “is led by an invisible hand to promote an end which was no part of his intention,” assuming that the end is in the public interest.

“It is not from the benevolence of the butcher, or the baker, that we expect our dinner,” Smith wrote, “but from regard to their own self-interest.”

Apply Smith’s term to the world of policymaking, the creation, and passage of a particular law or regulation could present seen and unseen benefits for the parties supportive of the measure.

But, as economist Frederic Bastiat alludes too, one must additionally consider the seen and unseen consequences of such action. In the case presented by my “all or nothing” argument, e-cigarette regulation that doesn’t phase in change and requires industry to transform virtually overnight could be more harmful than helpful through unintentional cases.