For the past few weeks, I have gone over several of the class actions that have been filed against Juul Labs. As I read through these suits, I took issue with how these complaints could become resource-draining fiascos for members of the industry including Juul, the members of any supposed class, and the taxpayers.

Before I go any further, please remember that I am not a lawyer. In preparation for this column, I reached out to a colleague who is a lawyer, Chris Howard of the Vapor Technology Association, to provide his assessment of the potential frivolity of these cases.

In the United States, class action lawsuits are not uncommon. These types of legal complaints are the most effective form of filing for people to seek redress and reprieve from the courts for non-criminal abuse. However, the ethical and societal implications of class actions have long been contested. For starters, many believe that the legal system has been hijacked by law firms willing to engage in frivolous and controversial mass action suits that would yield representative counsel millions in compensatory damages if courts rule in their favor. While class actions certainly have their purpose, there are some that attempt to utilize this type of action to advance political or moral agendas.

One of the class actions filed against Juul in a federal court in Florida alleges that the firm operated in a corrupt and illegal fashion by supposedly marketing to minors. The case, filed by a firm that I would classify as “Big Law,” is NesSmith et al. v. Juul Labs et al. alleging that Juul Labs, with Altria and Philip Morris USA, engaged in racketeering to get minors hooked to their e-cigarettes. The case features a representative class with the parents of a teen who alleges that she got addicted to nicotine through Juul-ing and now suffers from nicotine-induced seizures. It is not in my interest or in the interest of this piece to question the validity of these claims nor the intentions of the accusing parties. Instead, I wish to focus on how the suit, proposed by activist attorneys it appears, is emblematic of the potential abuse of the legal system through frivolous action.

Howard told me that the first red flag with this case is the accusation that Juul engaged in racketeering. Per the Racketeer Influenced and Corrupt Organizations (RICO) Act, civil suits can be filed against organizations that while not engaging in criminal acts have violated RICO by acting corruptly in operation. Keep in mind that the RICO Act was installed to address organized crime and criminal enterprise.

“Statistics from 1999 to 2001 indicated that about 70 percent of RICO civil actions are dismissed on the pleadings or at summary judgment,” Howard said. “ Eighty percent of these appeals were decided in favor of the defendants.  Only 9.6 percent of civil RICO suits ended in plaintiff verdicts with 25% of those affirmed on appeal. So, from 1999-2001 of 145 RICO cases three resulted in a win for plaintiffs – a mere 2 percent.”

Given these statistics, it should be noted that this suit has similar origins to several civil RICO actions filed against large tobacco firms. In 2006, a federal judge in Washington, DC ruled that large tobacco firms engaged in a decades-long deception campaign undercutting the health impacts of smoking cigarettes. By consequence, these firms were accused as racketeers and had to engage in court-ordered remediation actions which included newspaper ads and public awareness campaigns on the impacts of smoking combustibles.

Lawyers in the RICO class action against Juul argue that the company has engaged in similar practices, citing controversial early marketing campaigns and the appeal of non-tobacco flavors to minors. Built on the logic that coincides with former FDA commissioner Scott Gottlieb’s declaration of a youth vaping epidemic, the suit relies on cherry-picked data.

Michael Siegel, noted tobacco harm reductionist and a professor at the Boston University School of Public Health, wrote on his blog that the lawsuit is laden with “fraudulent information.“

“None of this is to deny that Juul carries some responsibility for having created the problem,” Siegel wrote. “However, it doesn’t seem fair to file a lawsuit against the company for making false claims by putting false claims into the complaint.”

Siegel identified several points that he believes render the nature of the class action useless. To note, one of the points the lawyers argue is that nicotine is a carcinogen. The International Agency for Research on Cancer’s European Code Against Cancer indicates that nicotine does not cause cancer. Cancer from smoking is caused by additives and chemicals, or the tar. Additionally, Siegel noted several claims lacking evidence including an accusation regarding Juul and its supposed efforts to hook youth to nicotine with e-cigarettes and force them through a gateway to using Marlboros. Not only is this false, as Siegel also noted, but there is also very little evidence to suggest that this is the intention of a company that created a smoke-free alternative product to combustibles.

The marketing arguments are also questionable, in my opinion. While Juul had an unbearably “cringe-worthy” marketing campaign with 2015’s #Vaporized initiative, there is very little to suggest that the company marketed to minors. As a nicotine product, Juul marketed to young adults (18 to 24 years) utilizing marketing trends that are similar to marketing to minors under the legal sales age. Millennials and members of Generation Z appeal to social media influencers and targeted advertising for all types of products. I do concede that some minors may think that marketing is developed for them; however, a smoke-free nicotine product like Juul was intentionally advertised as an alternative to smoking for legal consumers.

These misinformed notes and reportedly false statements make up the entire RICO suit against Juul. If we dive into the history of class actions against large companies, we will see that many class actions allege scenarios and data that is either misinterpreted or purely isolated to one or a few instances.

While this is a controversial opinion, I find a comparison in the Juul RICO class action to that of the scores of cases against pharmaceutical giant Johnson & Johnson in its talcum powder fiasco.

Courts across the states have either awarded plaintiffs or sided with the company about claims that the company’s talcum powder included asbestos and other substances that cause countless health issues. I believe that the Juul RICO suit, in this case, could fractionalize where members of the class will separately settle with the defendants or the case will be broken up to face juries and benches in friendly state courts. This is known as forum shopping and is a controversial act that happens when litigants have their cases heard in courts where they know they are likely to get a favorable judgment. Forum shopping is not uncommon and is part of the reason for lawyers receiving high-dollar settlements in mass actions leading to the argument that there is a potential scenario of frivolity to consider.

“All products litigation is costly but defending a complex class action lawsuit takes significant resources,” Howard said.  “Many complex cases require multiple phases of litigation each with individual discovery which expands litigation costs significantly. The JUUL class action is potentially even more costly in that requested relief includes medical monitoring and cessation services. On a national basis, as the complaint requests, the costs could be in the billions of dollars.  In 2004, the Scott v. American Tobacco Company jury found that the cost of a 5-10-year smoking cessation program for Louisiana class members was $592 million.”

A drain of resources? 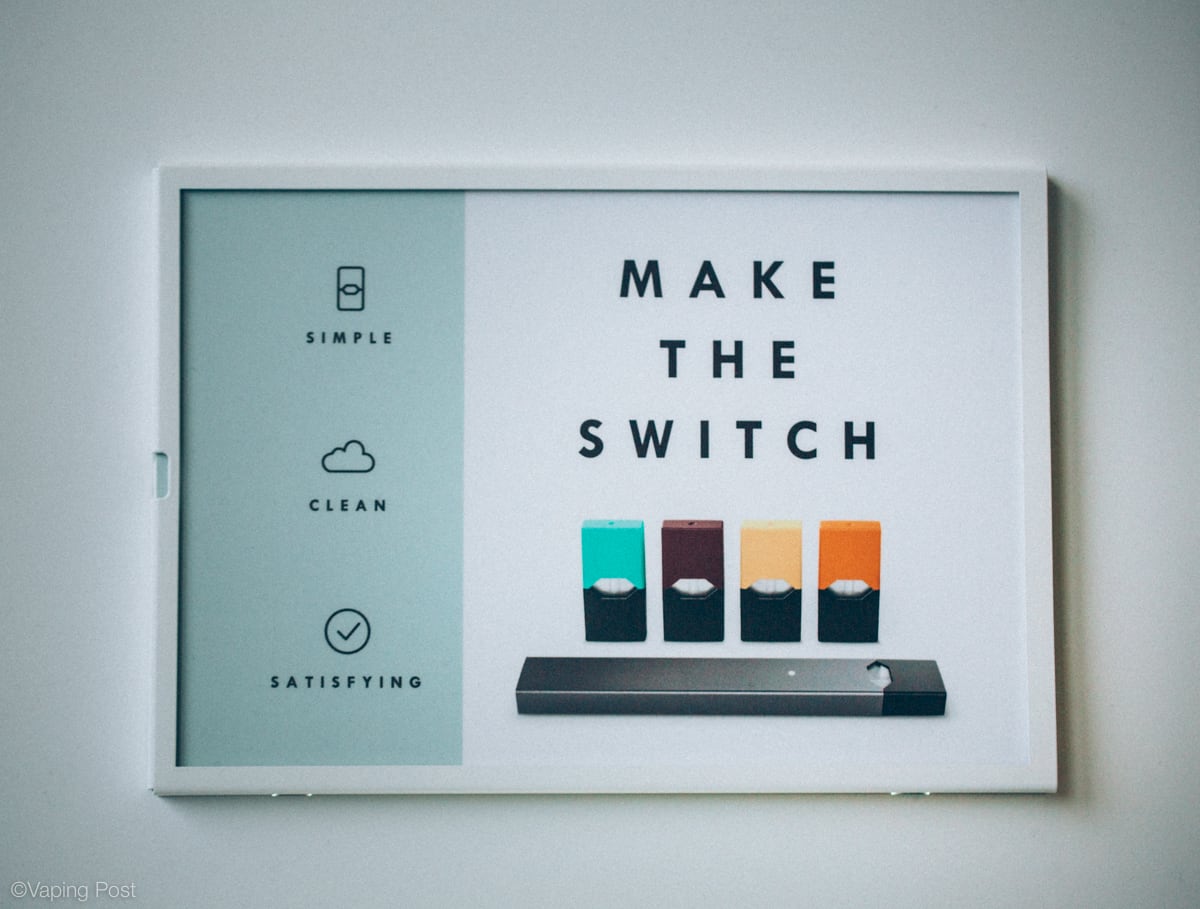 Resource drains also are not surprising. According to the pro-industry US Chamber Institute for Legal Reform, costly civil class actions (or torts) can negatively impact claimants and taxpayers. A 2018 report from the institute concluded that “We estimate that in 2016 the costs and compensation paid in the US tort system amounted to $429 billion or 2.3 percent of US gross domestic product.”

Other concluded findings indicate these total costs were $6,000 a household in the state of New York and different cost expense variations in states with numbers averaging at $2,000 in households for specific jurisdictions. These variations also show stark differences in risk exposure, legal liability, access to courts, and the efficiency of a state’s court system. Simply put, high costs are typically associated with inefficiency related to large torts.

Howard concluded our interview by citing similar sentiments outlined in the institute’s report.

“The JUUL complaint is extremely broad in its determination of the purported class,” he said. “Ultimately there are almost no types of plaintiffs excluded from the class – in the entire United States.  If this behemoth class is allowed to move forward, conducting discovery, trying the issues and ultimately administering any sort of settlement will be a colossal undertaking.  By way of estimating the class size, there were 2.2 million and 16.2 million JUUL devices sold in the US in 2016 and 2017 respectively.”

These conclusions attribute to the main argument: There are cases of potential frivolity and misuse of the courts related to the RICO class action and other anti-Juul mass actions currently or about to be filed.