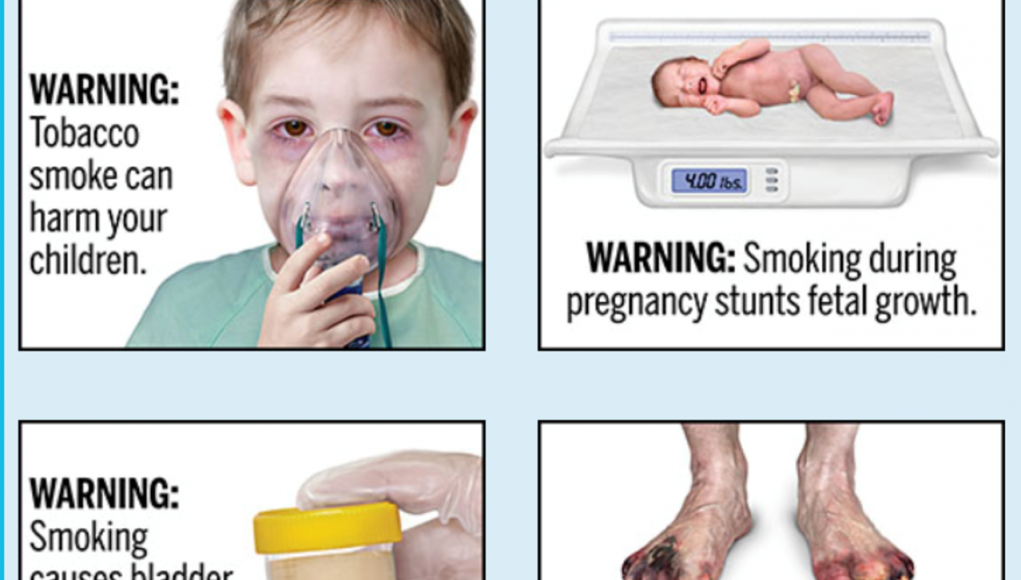 The United States had been lagging behind other countries where it comes to smoking related warnings. In fact, the FDA, had failed to update cigarette pack warnings for over 30 years, since 1984.

This action would represent the most significant change to US cigarette warnings in 35 years.

As of November 2017, prime-time tv in the US has been featuring court-mandated adverts against smoking. These segments are funded by Altria group which owns Philip Morris USA, and British American Tobacco PLC (BAT), and came as a result of a lawsuit against the companies.

Additionally, a court mandated order had also forced the same companies to release similar warnings on their websites since last year. The corrective statements which are also available in Spanish, address five topics: smoking’s health effects, the addictiveness of smoking and nicotine, the lack of any benefits from cigarettes labeled “low tar” and “light,” how the delivery of nicotine was enhanced by cigarette design and secondhand smoke’s health effects.

Meanwhile, the proposed new graphic health warnings would carry messages such as “Smoking reduces blood flow to the limbs, which can require amputation,” and “Smoking causes bladder cancer, which can lead to bloody urine.” In total there are 13 proposed warnings, which feature such text statements that are accompanied by color graphic images of health conditions caused by smoking.

Warnings would occupy 50% of the packet space

The FDA explained that once finalized, these warnings would appear on cigarette packages and in advertisements, occupying the top 50% of the area of the front and back panels of packages and at least 20% of the area at the top of cigarette ads. This move would represent the most significant change to cigarette warnings in the United States in 35 years.

“While most people assume the public knows all they need to understand about the harms of cigarette smoking, there’s a surprising number of lesser-known risks that both youth and adult smokers and nonsmokers may simply not be aware of, such as bladder cancer, diabetes and conditions that can cause blindness,” said acting FDA commissioner, Dr. Ned Sharpless in a written statement.

“With these new proposed cigarette health warnings, we have an enormous public health opportunity to fulfill our statutory mandate and increase the public’s understanding of the full scope of serious negative health consequences of cigarette smoking,” he added. “Given that tobacco use is still the leading cause of preventable disease and death in the U.S., there’s a lot at stake to ensure the public understands these risks.”

FDA Funded Study Looks Into the Effectivity of Cigarette Warnings