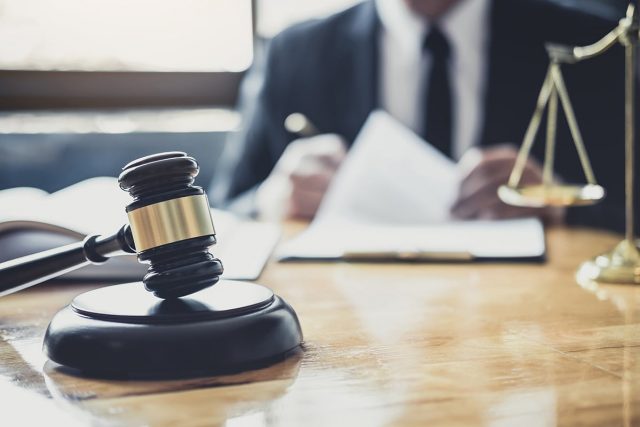 So far, it seems the FDA strategy towards vaping in general has been to immediately reject it by harshly regulating it. Then, when it comes to collecting the required data on vape products (aka PMTA), the FDA has postponed dates, revised options, extended deadlines and now they are revoking commitments by rescinding previous announced PMTA extension plans — demanding court ordered changes they are ill-equipped to facilitate.

Thus, the first question that comes to mind is — what exactly is going on? This authoritarian form of regulatory representation is unacceptable, unreliable and quite frankly, unAmerican.

In June 2019, the Food and Drug Administration came down hard on the vapor industry by asking a Maryland District Court to blatantly expedite the Pre-Market Tobacco Application submission deadline for all vapor products by 27 months — requesting that the previously anticipated extension to be reduced 2 years and 3 months sooner, in which a judge obliged.

This move made by the FDA was indeed not only a major insulting sign of disrespect to the consumers and stakeholders of the vape industry, but also an act of unlawful regulatory overreach. Not to mention, it is additionally just strange and quite dumb.

Unfortunately, the FDA is feeling a lot of pressure from the anti-vape establishment to take immediate action against the entire industry of vaping. These actions, in turn, create an unsavory image of the FDA — as a bureaucratic microcosm of cronyism which has truly reached unsettling levels of power abuse via obligated negligence, plagued by unprofessional duty and rife with deception. Of course, this description seems rather dramatic.

However, when reflecting on these particular actions and diving deeper into a full analysis of the situation, their conduct is becoming troublesome to say the least.

Considering this, the FDA has repeatedly shown just how unprepared and uneducated they are on the matters they are tasked with facilitating.

The actual filing process for Pre-Market Tobacco Application submissions are extremely “complex, multi-million dollar undertakings” that, if handled properly, should take years to complete. That is, if the FDA hopes to conclude this endeavor with any sort of accuracy.

Initially, under former Commissioner Dr. Scott Gottlieb, the FDA had made several separate announcements about postponing certain dates for required data collection plans. Specifically explaining their willingness to extend the deadline on the PMTA filings for all vapor products until August 8, 2022.

These remarks were literally presented before Congress as sworn testimony by former Commissioner Scott Gottlieb, claiming that the PMTA deadline must be extended since the FDA had not laid out the “rules of the road.”

This decision was announced clearly realizing just how overwhelming this task would be. “The FDA publicly and repeatedly informed all stakeholders that it’s Center for Tobacco Products did not have the rules, guidance and standards in place for companies to move forward with Pre-Market Tobacco Application submissions.”

From this, at least in the past, the FDA was acting with some shred of logic about the upcoming challenges brought on by the level of difficulty with the PMTA process. They publicly admitted that they were not at all prepared, which seemed like a relief for vapor manufacturers at the time. It was relieving because the FDA usually behaves so erratically toward the vaping revolution.

To specify, August 8, 2022 was the final date announced by the FDA for PMTA submissions, yet through a court request, that date has been shortened to May 11, 2020.

The VTA Fights Back

The Vapor Technology Association (VTA) is now taking legal action against the US Food and Drug Administration and the US Department of Health and Human Services.

Altogether, the VTA has teamed up with fellow member Vapor Stockroom, LLC in order to file their 51 page complaint out of the Eastern District of Kentucky: Lexington Division.

The Vapor Technology Association claims that the FDA’s conduct has been unlawful and must be stopped. Any other national trade group, no matter what the industry, would indeed agree with these claims.

The complaint pursues the notion that the FDA Commissioner announced as recently as February 2019 that they would postpone PMTA submissions for another 4 more years, which is basically equivalent to a mass data transfer.

Yet, now with this Maryland court decision, vape manufacturers will be required to have their PMTA paperwork filed in the next 10 months. As the clock currently ticks, that deadline is now down to 9 months.

Within a portion of the verified complaint filed by the VTA, it states, “by engaging in regulation by litigation instead of the mandatory notice-and-comment procedure required by the Administrative Procedure Act, the FDA is depriving industry stakeholders of their statutory and constitutional rights to meaningfully participate in a regulatory process that, if carried out unlawfully, will close thousands of US small businesses and cause tens of thousands of workers to become unemployed.”

Not to mention, in the process, taking away the most effective option for consumers to consider trying to quit using deadly cigarettes.

This type of regulatory overreach by the FDA is now being criticized by the Vapor Technology Association as continuously “moving the goalposts” and changing the rules during the game — which is indeed an appropriate analogy given the fact that the PMTA submission process deadline has been changed 5 separate times.

For those who have been paying close attention to the situation for the past few years, it is absolutely legitimate to suggest how this 10 month processing order is literally impossible.

There is no way on God’s green earth that the PMTA process can be executed properly considering all the brands throughout the industry with over 3 million vapor products currently on the market, along with the incompetence of the unprepared FDA to implement such a scenario.

Even the Director of the VTA, Tony Abboud mentions how this would be scientifically impossible and how “There are not enough days in the week, labs in the country, or subjects upon to test this grossly accelerated timeline.”

Therefore, the Vapor Technology Association has filed their complaint requesting a preliminary injunction, as they have a responsibility to take action at this point, so the government has officially been served with the complaint.

VTA Director Tony Abboud expresses reassurance by stating, “now is not the time to be disheartened, we need to stay strong and stand tall. It is not a solution to have a regulatory process that shuts down an entire industry.”

Abboud explains that now can be the time to tell the story about the vapor industry that hasn’t been told publicly yet. Implying that the publicly accepted narrative about vaping as been largely false and politicized.

Nevertheless, Mr. Abboud shares, “The government has been served with the complaint in which they will have an opportunity to reply and then we will file a motion to press the issue forward.”

All things considered, the argument behind the suit filed by the Vapor Technology Association and Vapor Stockroom is entirely justified and well-formulated, backed up by an accurate account of events and solid references.

This will be a story that will likely generate a lot of attention along with mixed reactions from many different parties, but we will keep you informed as things progress in this unprecedented attempt at manipulated regulation.