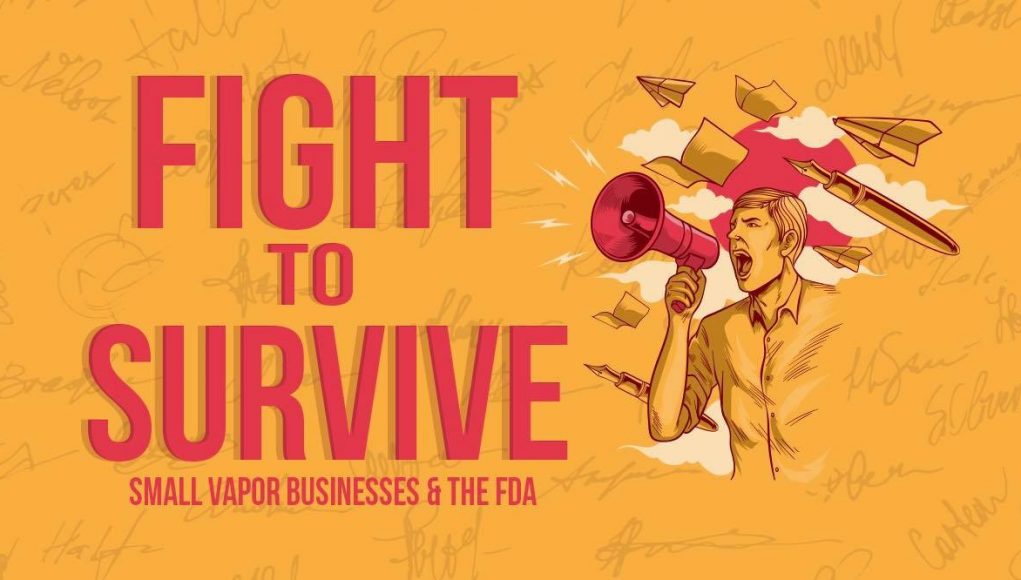 Basically, the letter is to help express their “concern for small businesses in the open vapor product industry in regard to the current PMTA guidance.” The PMTA guidance is, of course, referring to the Pre-Market Tobacco Application — a regulatory roadblock the FDA designed only to recently become the center of a lawsuit filed by the Vapor Technology Association (VTA).

Amanda and Jordan Wheeler own JVape‘s, which is a widely-respected brand name as an independent juice manufacturer along with a successful chain of multi-state vape shops.

JVapes represents 5 vape shops, with 3 in Arizona and 2 located in Colorado Springs, CO. This information is important to highlight due to the fact that JVapes was established in 2011 and still remains a strong business amidst sweeping waves of harsh state and local regulations on vapor products.

To give credit where credit is due, Amanda Wheeler clarifies, “The letter was created by me, my husband and also Drew Williams who is the compliance officer at Jvapes.  Also, we formed a leadership committee last week, which many people are involved in — Dave Morris, Fig Ramsey, Nick Orlando, Steve Nair, Monica Vondruska, Terri Livezey, Russ Smelser, Victoria Drower, Austin Hopper, Dan Marlin, Matthew Milby and Zack Carpenter.”

The letter states, “Our goal is to meet with the FDA to discuss the adoption of a regulation process that will encourage the growth of responsible businesses within the vapor industry instead of the current trajectory of unreasonable demands set to squash numerous small businesses.”

FightToSurvive.org is calling on open space vapor business owners to sign the letter. Recently, in an interview with Amanda Wheeler, Director of the Arizona Smoke Free Alliance and Vice President of the Rocky Mountain Smoke Free Alliance, she explained the Fight To Survive campaign.

Amanda says, “This initiative to reach out to the FDA is to ask for a process that is accessible to the little guys, the small business owners. This pathway the FDA has laid out in the PMTA process is designed only for the largest of the largest companies. There are maybe only one or two companies in the entire open vape space who have the resources to even contemplate or make an attempt to engage the current PMTA process.The letter is about 3 pages long where we basically just lay out our case and request the FDA to meet with us to discuss an alternative pathway for small businesses.”

This is why the letter is addressed to the FDA and presented “on behalf of small business owners in the open vapor industry” — requesting transparent regulations rather than through an unclear and unrealistically expensive PMTA process.

The letter explains, “Efforts to engage consultants, laboratory services, and legal counsel all seem to produce professional regulatory experts that are just as unclear on how to advance through FDA’s current regulatory structure successfully. This leaves the industry even further confused, and effectively paralyzed, as we consider the risk of potentially spending ourselves out of business – because none of these entities can provide definitive answers to a process that remains completely subjective.”

The Letter’s Many Arguments

There are many genuinely honest and well-constructed arguments throughout this letter — creating some major takeaway points that people may not have yet considered about the entire situation.

One major takeaway point from these arguments is that, the open space portion of the vape industry, the small business owners, are willing to compromise because they are passionate about what they have built. At the same time, they also understand how the FDA regulatory structure attempts to mainly preserve big business — but there must also be a way to allow entrepreneurial enthusiasm to thrive.

Eliminating potential business competitors via governmental regulation is not the best way for capitalist industries to advance. In fact, when small businesses thrive, this is when our economy is at its strongest.

In addition, the letter stresses how the vape community is increasingly concerned about the current existence and potential expansion of a Black Market that will only succeed if small businesses continue to be left in the dark about how to prepare for the PMTA process.

All things considered, perhaps the Center for Tobacco Products needs to develop and build a separate Department that can properly handle vape-based small businesses. Their current PMTA process is designed for Big Business and just maybe the FDA should all decide on hiring staff members who can accommodate small business as well — to help at least meet somewhere in the middle.

Within days of releasing the letter, after inviting other small business owners, they were joined by over 800 signatures. Amanda said, “No one was skeptical, people were instantly supportive, which is rare, but every business owner who contacted them only asked how they could help.”

Amanda explans, “Our goal is to gain 2,000 signatures, from distributors, manufacturers, suppliers and retailers. From one stop mom and pop shop operators to major distro‘s involved — it’s an entire pastiche of the vape industry.”

Other vape-based business owners are invited to add their information as signatories. The signatures being recorded are added via a manually based process in order to ensure no duplicates are included on the list.

FightToSurvive.org has already gathered over 1800 signatures, certainly a show of dedicated support. However, since the Fight To Survive Campaign goal is to have 2,000 signatories, the cut-off for small business owners join as a signatory by the end of this week — Friday, September 6th, 2019.

Additionally, CASAA is assisting with crafting a separate letter for consumers to sign in order to show support for the #FightToSurvive movement.