Vaping Post
Home Press US flavour ban on hold for now – but states and lobbyists... 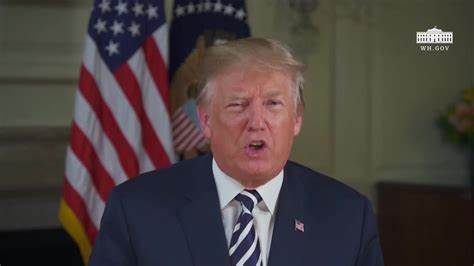 President Trump appears to be having second thoughts about his plans to ban all e-cigarette flavours except tobacco. An announcement on new restrictions was due last Monday, but was cancelled at the last moment. Instead, Trump said he planned more discussions with industry – and the signs are that he’s planning at least a partial climb-down.

When the federal government first announced new restrictions in September, health secretary Alex Azar said the plan was to take all flavours except tobacco off the market – including mint and menthol liquids. That caused a predictable backlash from consumers and the industry – and with an election coming up next year, Trump apparently doesn’t want to alienate several million voters.

A senior government official told the Washington Post last week that Trump doesn’t actually know much about the issue and was planning to crack down on vaping because Melania and Ivanka wanted him to. Now, he’s been made aware that a flavour ban is not a vote winner. It’s not clear what happens now for the flavour ban, but it’s likely that at least mint and menthol will be spared – and if enough pressure is applied there’s a chance of scrapping the idea altogether.

What seems to have changed Trump’s mind is the online outrage sparked by the first announcement of the ban, especially the rapid growth of the #IvapeIvote hashtag. As a well-known Twitter user, the president probably saw this hashtag quite a lot. Online activism is worth doing.

Several US states have jumped on the recent outbreak of lung disease as an excuse to ban, restrict or tax vapour products, despite it now being clear that the epidemic has nothing to do with conventional, legal e-cigarettes. None of these new laws are good – but Massachusetts is looking like a strong candidate for the worst.

Right now the sale of all vapour products is banned in Massachusetts under emergency regulations. That lapses on 24 December, but will be replaced by a new law that’s currently cruising through the state legislature. This law, which has already passed the state House and will go in front of the Senate this week, imposes sweeping restrictions and draconian punishments on vapers.

Under the new law all flavoured “tobacco products” will be permanently banned, except shisha tobacco. This will apply to any e-liquid apart from tobacco flavours. There will also be a 75% tax on all vapour products, including hardware as well as any surviving liquids.

Possibly the worst aspect of the law is that if police catch a Massachusetts resident with vapour products, and the vaper can’t prove that state tax was paid on them, they can seize both the product and the “receptacle” in which it was found. “Receptacle” is defined in the law as “including, but not limited to, a motor vehicle, boat or airplane in which the electronic nicotine delivery systems are contained or transported.”

What this means, in effect, is that if a passenger in your car is caught with an untaxed e-cigarette the police can take your car, sell it and give the proceeds to the state. This law – and the flavour ban – won’t apply to flavoured marihuana products, which are actually responsible for the lung disease outbreak.

The American Heart Association is planning to spend at least $20 million a year on anti-harm reduction propaganda, officially to combat the “youth vaping epidemic”. With the alarming title of the “End the Lies Youth Vaping and Nicotine Research Initiative”, the new campaign will focus on lobbying, advertising and so-called “science” aimed at proving what the AHA wants it to prove.

According to the AHA some of the money will be used to fund a group of scientists, with the aim being to “address the fact that there is no knowledge about the long-term health effects in youth”. It’s likely they’ll look for any health effects they can publicise and, when they don’t find any, they’ll leverage this into more “we don’t know” propaganda.

Other activities planned for the campaign include a nationwide “engagement and awareness” programme “designed to hold e-cigarette companies publicly accountable for their lies”, and a lobbying campaign directed against federal, state and local governments.