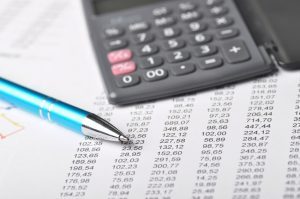 Studies keep indicating the effectivity of vaping products and electronic cigarettes as smoking cessation tools. Despite this, many entities misunderstand the products and insist on regulating them in the same manner as their deadly counterparts.

On the other hand, not only does Minnesota “boast” one of the harshest e-cig taxes across the US, but it was also the first state to impose a tax on e-cigarettes by extending the definition of tobacco products to include e-cigarettes. This heavy 95% tax on the wholesale price, naturally proves to be quite the deterrent for people interested in using the products.

“Our results suggest that in the sample period about 32,400 additional adult smokers would have quit smoking in Minnesota in the absence of the tax.”

Analyzing data from the Current Population Survey Tobacco Use Supplements from 1992 to 2015, in conjunction with a synthetic control difference-in-differences approach, the NBER researchers sought to determine how this tax affects smoking cessation rates among adult smokers.

“Our results suggest that in the sample period about 32,400 additional adult smokers would have quit smoking in Minnesota in the absence of the tax. If this tax were imposed on a national level about 1.8 million smokers would be deterred from quitting in a ten year period,” revealed the researchers.

Benefits vs Consequences of Raising Taxes

The paper authors concluded that imposing a tax on the devices should be given more thoughts and benefits vs consequences of should be taken into consideration. “The taxation of e-cigarettes at the same rate as cigarettes could deter more than 2.75 million smokers nationally from quitting in the same period. The public health benefits of not taxing e-cigarettes, however, must be weighed against effects of this decision on efforts to reduce vaping by youth.”

Society Diane Caruana - January 11, 2023 0
Data recently released by Ireland’s Department of Health from the Healthy Ireland Survey 2021 has indicated that smoking rates have risen from 17% to...