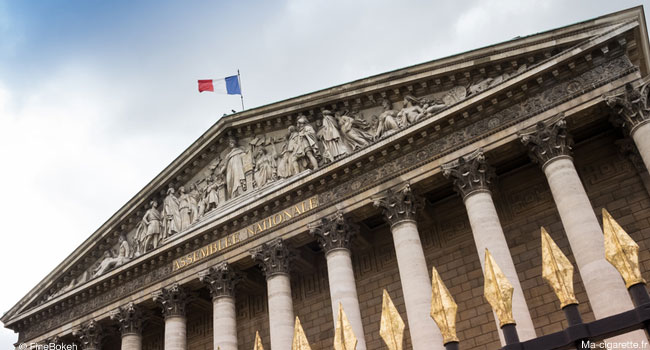 Two CBD manufacturers had been sentenced by the Marseille criminal court, for using an oil legally made in the Czech Republic, because it extracted from the whole Cannabis sativa plant, when France allows the use of oil extracted solely from the plant’s seeds and fibers
CBD is one of the several many (around 113 according to the World Health Organization) cannabinoids found in hemp, and unlike the renowned psychoactive cannabinoid delta-9-tetrahydrocannabinol (THC), CBD, produces no psychotropic effects in users. Aside from this, highlighted the CJEU judgment, the substance is “legally produced in another member state of the European Union when it is extracted from the plant of Cannabis sativa in its entirety.”

The CJEU was first called to intervene on the matter in 2018, by the Aix-en-Provence Court of Appeal. The latter was dealing with the Kanavape case, a CBD e-cigarette which was marketed as “100% legal” by its manufacturer since it respected the maximum authorized rate of 0.2% THC.

The two makers of Kanavape had been sentenced by the Marseille criminal court, for using an oil legally made in the Czech Republic. The problem was that the CBD they used was extracted from the whole Cannabis sativa plant, when France only allows the use of CBD oil that has been extracted from the plant’s seeds and fibers. The court of appeal had considered the fact that the French CBD regulations were not in par with the less restrictive ones imposed by the EU.

Subsequently, last week’s CJEU judgment ruled in favour of “the free movement of goods” in the EU which “opposes national regulations” like that found in France, “since the CBD in question (…) cannot be considered a narcotic.”

The ruling added that the ban on this substance could, “be justified by an objective of protecting public health.” However, added the CJEU, “according to the current state of scientific knowledge, which it is necessary to take into account, unlike THC, another cannabinoid in hemp, the CBD in question does not appear to have any effect. psychotropic or harmful effect on human health.”

Moreover, added the European court, “the national court must assess the scientific data available in order to ensure that the real alleged risk to public health does not appear to be based on purely hypothetical considerations.” Ultimately, concluded the CJEU, the ban could only be justified if the presence of health risks is confirmed. “The ban on the commercialization of CBD (…) can only be adopted if this risk appears to be sufficiently established.”

CBD Diane Caruana - January 5, 2021 0
As of October 9th 2020, Massachusetts had approved a total of 689 licenses to businesses selling marijuana for recreational purposes, and received 904 completed...

US: Detroit to Issue Recreational Marijuana Licenses by Summer 2021

CBD Diane Caruana - December 18, 2020 0
Legalizing the substance will diminish its presence on the black market, and therefore users will be more likely to obtain it via regulated and...