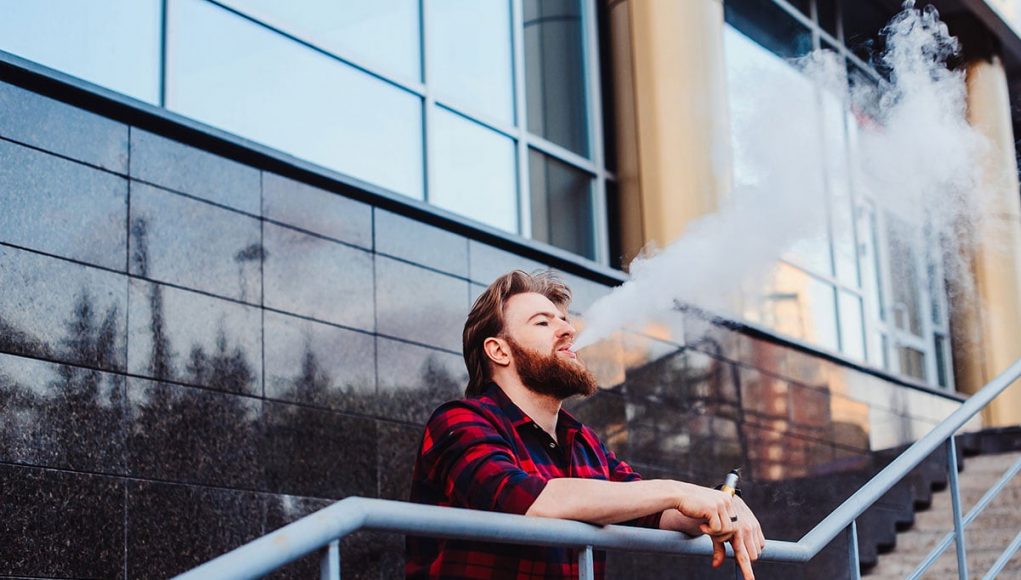 Using data from the 2017-2018 National Health Interview Survey (NHIS), the CDC researchers calculated that 5.3 million out of approximately 156 million U.S. adult workers were current e-cigarette users (“current” refers both to users who vape daily or only on some days). Between 2014 and 2016, that figure was estimated at 5.2 million.

The CDC researchers calculated that 5.3 million out of approximately 156 million U.S. adult workers between 2017 and 2018, were current e-cigarette users, while between 2014 and 2016, that figure was estimated at 5.2 million.
E-cigarette use was highest among white males, aged between 18 and 24, and employees in the accommodation and food services industry, and about half of the users reportedly also smoked combustible tobacco products.

Drop in smoking and vaping

Other CDC data released in December, indicated that “tobacco use”, a classification which also includes non-tobacco products such as vapes, has dropped. Thankfully combustible cigarette use remains significantly lower than e-cigarette use, even though the latter has dropped aswell.

“From 2019 to 2020, decreases in current use of any tobacco product, any combustible tobacco product, multiple tobacco products, e-cigarettes, cigars, and smokeless tobacco occurred among high school and middle school students; these declines resulted in an estimated 1.73 million fewer current youth tobacco product users in 2020 than in 2019 (6.20 million),” continued the report.