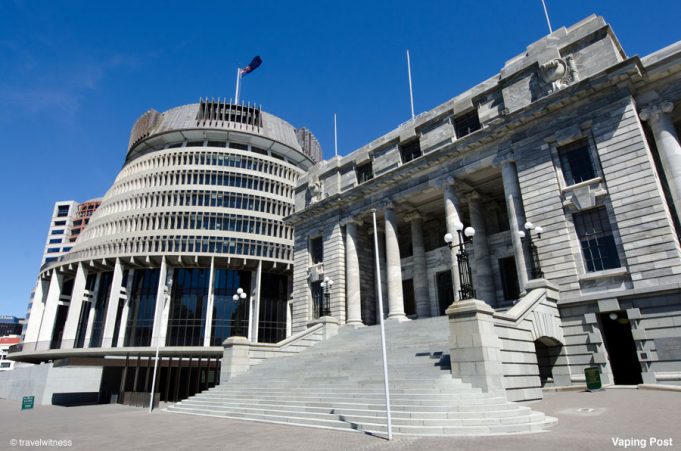 The finalized vaping regulations will be taken to Cabinet this month to be signed off and phased in incrementally.
The local Government has gazetted the ‘Notice of Proposed Quality Standards for Vaping Substance Ingredients’, and submitters were given until Thursday July 22nd to comment on the proposed material. However, the draft has been far from easy to obtain or access. “After 2,518 submissions on the latest draft vaping regulations, it’s disappointing that local vape businesses and advocates have had to jump on a plane or dig deep into their pockets to view what’s proposed,” says a leading Tobacco Harm Reduction advocate.

Those who were unable to view the documents at the Ministry of Health’s office, were advised to purchase copies of the United States Pharmacopoeia or the European Pharmacopoeia, where the proposed New Zealand standards have been referenced. The finalized vaping regulations will be taken to Cabinet in August for sign-off and phased in incrementally.

Discussing the released draft, AVCA (Aotearoa Vapers Community Advocacy) co-director Nancy Loucas, said that expecting the public to comment when access to the draft is not easy, is ridiculous. “Unless we pay a fair ransom or take our photographic memories to Wellington, we simply cannot access these new industry specs. How can we possibly comment, let alone businesses prepare in a manufacturing sense, when no one can freely view the detail,” she said.

The AVCA has consistently called for and supported the implementation of sensible vaping legislation and regulations. “We are fully supportive of vaping’s R18 status and greater consumer protection through mandatory quality product standards. The Government now looks set to reference the European and US standards, and so we’re just asking for greater transparency.”

“Surely, New Zealand vape businesses should be able to view their proposed industry standards for free? Surely, we can do better than point to a paywall, or have one copy available in an office in Wellington?” She added that the Vaping Regulatory Authority should ensure a copy of the draft is also available at the Ministry of Health’s office in Auckland, another large city where many vape manufacturers and advocates reside.

Loucas highlighted that local authorities had assured the public that more information on the regulations would be published once they’ve cleared Cabinet. However, she added, this would be “a little too late.” Associate Health Minister Ayesha Verrall is being urged to release the full finalized regulatory details to local businesses and the public, as soon as possible.

Below are links to the Government’s Gazette and the Vaping Regulatory Authority’s updated information: