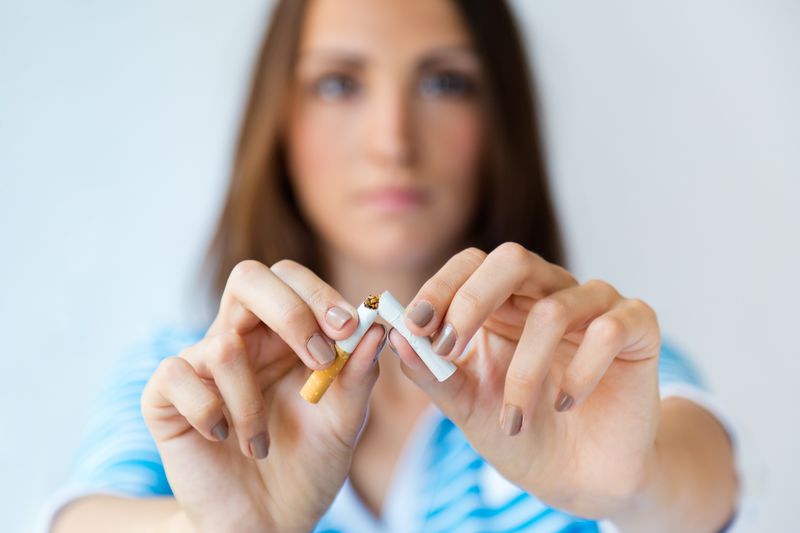 Facebook
Twitter
Pinterest
WhatsApp
Negative health experiences were the number one reason smokers chose to quit.
Titled, “e-Cigarette Cessation: Content Analysis of a Quit Vaping Community on Reddit,” the study was published in the Journal of Medical Internet Research and considers the fact that most current vapers want to quit. Recent data from Canada has indicated that this is indeed the case for over 60% of youth aged between 15 and 19.

“Our study is the first to use the social media forum, Reddit, to find out how they are breaking this habit and how they can be best supported,” explained lead study author Dr. Laura Struik, assistant professor, UBCO School of Nursing.

Together with Youjin Yang, a recent UBCO Bachelor of Science in Nursing graduate, Dr. Struik analyzed 1,228 public posts from 318 users on a “quit vaping” Reddit forum. The compiled posts were then categorized into quitting method, reasons for quitting, and barriers and facilitators to quitting.

“We chose social media to gather our data because this is where individuals, especially young people, the largest users of e-cigarettes, are sharing their experiences, including those about health,” said Dr. Struik. She revealed that negative health experiences were the number one reason these individuals chose to quit. On the other hand, she added, users reported intense withdrawal symptoms and dependency on nicotine as the top barrier to quitting.

“This is not surprising given that the most popular e-cigarettes deliver very high concentrations of nicotine,” she says. “In addition, previous studies suggest that the developing brain, such as that seen in youth and young adults, is vulnerable to long-term nicotine addiction. This makes quitting harder for this population.”

Most vapers would be smokers if e-cigs did not exist

Meanwhile, a recent article published in Nicotine & Tobacco Research, found that if vaping products had never come to exist, those teens who currently use the products, would be smoking instead.

The study titled, “High school seniors who used e-cigarettes may have otherwise been cigarette smokers: Evidence from Monitoring the Future (United States, 2009-2018),” aimed to determine whether young adults who vaped between 2014 and 2018, would have become smokers in the absence of e-cigarettes.

Study authors Dr. Natasha Sokol, a fellow at Brown University’s Center for Alcohol and Addiction Studies, and Dr. Justin Feldman, a fellow at Harvard’s François-Xavier Bagnoud Center for Health and Human Rights, wanted once again to address the infamous “Gateway Theory”: the idea that vaping causes a nicotine addiction that leads to smoking.

The researchers conducted a regression analysis of 12th-graders with data retrieved from the “Monitoring the Future” report, a survey conducted by the federal government’s National Institute on Drug Abuse (NIDA) that measures different forms of drug use by adolescents nationwide.

On the contrary to a gateway effect, the study authors found that actually the youth who do vape tend to be those who would have been smokers if vapes had never come into existence. “Our model predicted smoking prevalence quite accurately prior to the availability of e-cigarettes,” Sokol told Filter.

One More Study Indicates That Vaping is Decreasing Teen Smoking