The Swedish entrepreneur’s passion for snus, started approximately 30 years ago, when the product started being sold in pre-packed pouches rather than as opposed to the traditional “loose” way. Moreover at this time, flavours appeared on the market, which enticed Bengt to try the product and become a user.

A number of years as a dual user followed, after which he eventually managed to quit cigarettes. “Snus is my companion whenever I need it and it doesn’t bother anybody else,” said Bengt as quoted by Snusforumet. “It’s a safer way of consuming nicotine that also helps me stay focused.”

While being thankful that snus helped him quit smoking, Bengt wanted to do something about the burning/stinging sensation which came with using the product and irritated his gums. He began working on a technology for adding a protective layer to snus pouches to protect users’ gums and reduce the unpleasant stinging sensation without affecting the flavour or nicotine strength of the product.

“We carried out surveys and tests that revealed the burning sensation on users’ gums is a deterrent to trying snus or nicotine pouches for nine out of ten smokers,” he explained. “By taking the sting out of snus, we make it easier for smokers to switch to reduced-risk, smokeless nicotine products and reduce the chances that they will revert back to smoking due to problems with their gums like those I suffered from before I invented a solution.” 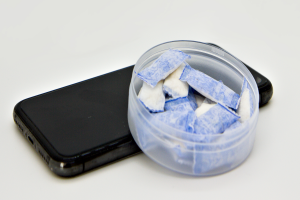 Wiberg added that around the same time Stingfree started to take shape, he stumbled across a video interview featuring former NNA Chair Professor Gerry Stimson, who was discussing the ongoing legal battle to overturn the EU’s snus ban. Finding himself intrigued, Wiberg decided to reach out in a bid to join the cause.

“I came to the conclusion that since snus had done so much for me and my struggle to quit smoking, I should do something for snus,” he recalls. “So, I come up with the hashtag #EUforSnus and started sharing it on social media to spread the message and facts about snus and how it helped Sweden almost becoming a smoke-free nation.”

The EU4Snus hashtag turned into an online snus advocacy movement which nowadays encompasses thousands of members from almost 100 countries, 80% of whom identify as former smokers.
Following this, Wiberg found himself invited to participate alongside NNA UK at the ECJ court hearing in Luxembourg alongside Stimson, Atakan Befrits of NNA Sweden, and German snus enthusiast Uwe Hille of snusfreak.com, who then partnered with him to launch the #EUforSnus hashtag.

The hashtag turned into an online snus advocacy movement which nowadays encompasses thousands of members from almost 100 countries, 80% of whom identify as former smokers. “Most people outside Scandinavia had almost no knowledge of snus,” he explains. “They spent most of their time talking about vaping. I wanted to make sure people also heard about snus.”

While to date, the EU has maintained its stance and kept the snus ban in place, Wiberg remains committed to the fight. “We plan to continue as a movement and be a thorn in the side of EU bureaucrats,” he explains. “Today, it’s rare to encounter an international discussion about tobacco harm reduction that doesn’t mention Swedish snus. For me, this is a personal triumph of which I am very proud.”

Rock Legend Slash on How Snus Helped Him Stay Off Cigarettes