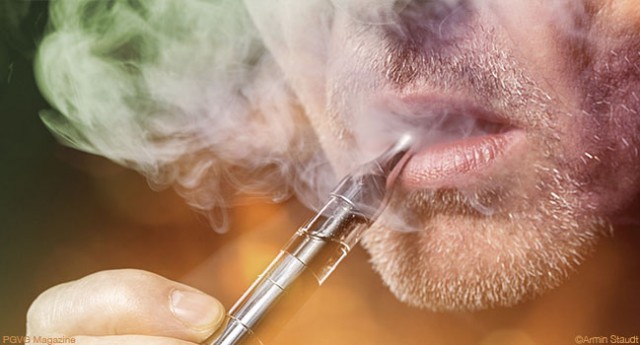 Fontem Ventures, a branch of Imperial Tobacco Group PLC, recently renamed Imperial Brands, and the owner of the e-cigarette Blu, announced that it has developed, in partnership with the Austrian company IONICON Analytik GmbH, an online analysis system for the volatile organic compounds (VOCs) present in e-cigarettes aerosols.

“By contrast, this new method allows us to test e-cigarette aerosols in a more meaningful way as we can study and replicate real e-cigarette use behaviours.” -G. O’Connell
The Vice President of Corporate, Regulatory and Scientific Affairs, Dr G. O’Connell, announced after the publication of a scientific communication in the journal Rapid Communications in Mass Spectrometry [1], that they achieved the design of an analytical setup that allows conducting online quantification of e-cigarette aerosol emissions. The study that received a financial support by the European Commission was conducted on their proprietary CigaLike, JAI, but he assures that the methodology could, in the future, be extended to assess inter-subject variability or to compare different e-cigarette models.

The analytical method is based on proton transfer reaction mass spectrometry (PTR-MS) and may apply to both inhalation and exhalation experiments. Compared to the traditional methods based on Gas Chromatography (GC) and high-pressure liquid chromatography (HPLC), the technology they developed allows a fast near-realtime determination of VOCs, and “allows a broad variety of online puff-by-puff e-cigarette studies to be conducted”, indicates Dr O’Connell. The researcher also emphasizes the importance of their approach for the evaluation of e-cigarettes from both a consumer and a bystander perspective.

An important step is highlighted by the paper with the development of a versatile smoking machine that performs a double-stage dilution that, coupled to the very precise and accurate PTR mass spectrometer, expands the dynamic range of measurements to concentrations that cover mainstream emissions but also mouth-hold exhalation and exhaled breath after inhalation, from 2 ppbv (particle per billion in volume) to 1,100 ppmv (particle per million in volume).

The PTR-MS analytical device that allows determining a broad variety of chemicals, was calibrated for the determination of the main components of the e-cigarette aerosols, Propylene Glycol (PG), Vegetal (vegetable) glycerin (VG) and nicotine. Acetaldehyde, acetone, acrolein, methanol and acetonitrile had been screened in e-cigarette emissions by a research team of the University of Irvine, CA with a similar setup but did not address PG, VG and nicotine. More recently, The Swiss Federal Institute of Technology in Zurich, established protocols to investigate the vapor produced by e-cigarettes in real-time with another type of high resolution mass spectrometric technique, the SESI-HRMS.

“This paper is further proof of Fontem Ventures’ ongoing commitment to building scientific understanding of e-cigarettes.” -M. Michelsen
The analytical performance of O’Connell’s research team in the field of air analysis, VOC detection and modeling to expand the instrument’s analytical spectrum to the field of e-cigarette studies was also highlighted in our columns, even if their former publication [2] rather testified on the rivalry between two tobacco giants. Marc Michelsen, Senior Vice President Corporate Affairs and Communications, in confident in the broad scientific perspectives of their study. They expect, in further studies, to address the impact of changing e-cigarette device parameters such as voltage and battery power on aerosol composition, on a puff-by-puff basis.

Such studies are particularly important to explore the potentials of new generations of e-cigarettes in a exponentially growing market. The most recent setups that are preferentially used by experienced vapers are associated to substantial changes in vaping patterns on the individual basis that remain to be evaluated in terms of public health safety.

At the same time as the Fontem Ventures’ paper was published, the independent researcher Konstantinos Farsalinos and his team were granted an official press statement by the prestigious medical journal Addiction for their efforts in setting up a method for testing consistency in nicotine delivery from e-cigarettes, a protocol that is proposed as a reference for the European homologation process. The French standards organization AFNOR and the European Commitee for Standardization (CEN), are very active in the domain of the electronic cigarette. We mentioned a few weeks ago the appointment of Riccardo Polosa at the head of a workgroup on emissions and the publication in the official journal of notification forms on e-cigarettes.

All above studies demonstrate that in the current European regulatory framework of the TPD, the race is on to establish standards. Will the combination of expertise between the private and public sectors be beneficial to the consumer? This is what European vapers expect but will they be heard beyond the commercial aspect?

Community Diane Caruana - December 9, 2022 0
High vape taxes will have an especially negative effect on people who are financially challenged, which is unfortunately known to be the group making...