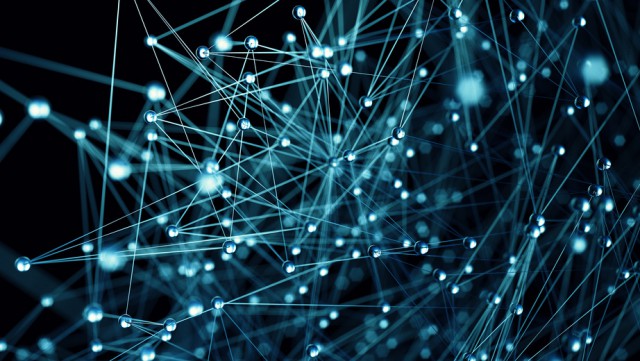 A few days ago, we talked about dry burning of bare coils and mentioned that such practice may cause the release of particles to the inhaled aerosol. The quality of these particles is linked to the material the resistance wire is made of, Chromium, Molybdenum, Cobalt, Iron, Copper… The quantity is certainly very small but a cumulative effect on the long term may not be excluded.

A US research team from the University of California Riverside investigated e-cigarette aerosols for the presence of metals (tin, copper, zinc, silver, nickel, and chromium) and used qualitative and quantitative elemental analysis techniques to identify their origin [1].

Assembling value and the aerosol’s quality

Their motivation was to link the assembling quality to the quality of the aerosol and to demonstrate that poor/cheap material and procedures used during the manufacturing process heavily weight on the quality of the products in use. One of their objectives is to advise improvements in the quality of the device to minimize the risk of contamination with metals.

The exposure to metals by inhalation with e-cigarettes remains unknown but extreme cases have previously been described for welders in occupational medicine reports.

It is stated by the authors that trace metals like cadmium, nickel, lead, tin, zinc and copper, are present in cigarette smoke at higher levels than in e-cigarettes.

Among the metals under study, tin (Sn) was of particular interest because it was present in the fluid of one of the brands investigated, in the fibers and in the aerosol. Its presence was not only in the form of atoms but also as particles up to 0.5 μm.

A study on old cartomizers but an actual concern

As often, their “subjects” are from earlier generations of e-cigarettes. Here, they got interested in some cartomizer models available on the market between 2009 and 2014. Cartomizers are e-cigarettes were the atomizer and cartridge are combined into a single unit; they are probably not the best e-cigarette ever but they are characteristic of the market in the early 2010s. Since then, several improvements have been made but the problems of aerosol contamination by trace metals remains of actuality.

The authors, by dissecting some models of e-cigarette, determined that lots of different metals were present, some of them being in direct contact with the e-liquid.

Tin, the most worrisome compound

Tin solders are present in all devices, especially to connect wires to LEDs or to assemble different metallic parts. It is important, for the best vaping quality, that aerosol and e-liquid remain out of reach of any type of alloy, especially tin solders. Tin has a low melting point (232°C), which may be exceeded by some of the most powerful devices, leading to degradation of the solder joints.

The authors noticed that not all cartomizers perform similarly [2]. By dissecting devices, they show that the wiring quality affects the production of aerosol and the densest production is the most enjoyable by the user that will discard the device that is not doing vapor. The most efficient wiring is often obtained with tin solder that needs to be carefully inspected.

If possible, do prefer brazed assembly instead of tin. Even if tin poisoning cases are almost absent from literature, their absence doesn’t mean that poisoning does not exist but rather that no link has been made between tin and diseases. Tin is also present in organotin compounds, some of which being as toxic as cyanide (CN).

A considerable scientific effort is being made to elucidate key points of aerosol quality. This is, for example the case for flavors but also for metals.

Currently available evidence indicates that electronic cigarettes are by far a less harmful alternative to smoking and significant health benefits are expected in smokers who switch from tobacco to electronic cigarettes. This is true for toxicants, for carcinogens and also for metals. However, as a general guideline, we all are in contact with metals and metal particles in our everyday’s life; each effort to reduce their impact on our body and health is valuable, especially when little awareness makes the biggest difference.

In the continued war on e-cigarettes, we hear about the “potential dangers” of e-cigarette vapor and the “unknown public health risks.”

First, I find it absolutely absurd that we’re attempting to pass laws based on unknowns, but what makes it even more absurd is the fact that there’s very little that isn’t known about e-cigarette vapor at this point. The primary ingredient of concern to those who wish to see e-cigarettes banned is the propylene glycol vapor, which has been studied for over 70 years.

I recently came across a document titled, “Reregistration Eligibility Decision For Propylene Glycol and Dipropylene Glycol“, which was created by the United State Environmental Protection Agency (EPA).

Catchy title. I was intrigued.

This quote caught my eye:

Propylene glycol and dipropylene glycol were first registered in 1950 and 1959, respectively, by the FDA for use in hospitals as air disinfectants. (page 4, paragraph 1).

In a previous post, I had shared the summary of research that had been done in 1942 by Dr. Robertson regarding the antibacterial properties of vaporized propylene glycol, but I had never heard that the FDA wound up approving it for the purpose of an air disinfectant in hospitals.

Method and Rates of Application

Read the directions included with the automatic dispenser for proper installation of unit and refill. Remove cap from aerosol can and place in a sequential aerosol dispenser which automatically releases a metered amount every 15 minutes. One unit should treat 6000 ft of closed air space… For regular, non-metered applications, spray room until a light fog forms. To sanitize the air, spray 6 to 8 seconds in an average size room (10’x10′). (page 6, paragraph 6)

A review of the available data has shown propylene glycol and dipropylene glycol to be negative for carcinogenicity in studies conducted up to the testing limit doses established by the Agency; therefore, no further carcinogenic analysis is required. (page 10, paragraphs 1 & 2)

Ready for the bombshell? I probably should have put this at the top, as it could have made this post a lot shorter, but I figured the information above was important, too…

The report of the 3 years’ study of the clinical application of the disinfection of air by glycol vapors in a children’s convalescent home showed a marked reduction in the number of acute respiratory infections occurring in the wards treated with both propylene and triethylene glycols. Whereas in the control wards, 132 infections occured during the course of three winters, there were only 13 such instances in the glycol wards during the same period. The fact that children were, for the most part, chronically confined to bed presented an unusually favorable condition for the prophylactic action of the glycol vapor.

An investigation of the effect of triethylene glycol vapor on the respiratory disease incidence in military barracks brought out the fact that, while for the first 3 weeks after new personnel entered the glycolized area the disease rate remained the same as in the control barracks, the second 3 week period showed a 65 percent reduction in acute respiratory infections in the glycol treated barracks. Similar effects were observed in respect to airborne hemolytic streptococci and throat carriers of this microorganism.

I don’t expect the prohibitionist lawmakers to delve this deeply into this subject on their own, but I certainly hope that when presented with this data that they reevaluate their stance on the subject and consider what science has to say. If they don’t, they’re simply basing their judgement off of rhetoric, misinformation, and personal bias and we all know where that gets us.

For use as a sanitizer, propylene glycol is pressurized and sprayed as a mist, and not heated like in e-cigarette and vaporized as an aerosol.

It makes an important difference if one considers the whole spectrum of re-arrangements that are allowed when heating this molecule far beyond its boiling point (188°C), alone and in combination with the other molecules present in the e-liquid.

I think that the thermal degradation products of PG, especially the aldehydes (formaldehyde and acetaldehyde), are also and even more concerning for vaper’s health than PG itself because of their carcinogenicity.

Part of the answer is given in occupational medicine reports concerning theatre people exposed to the fog produced by fog generators or haze machines (smaller particles created). Conclusions indicate irritation, dry throat and headaches upon long-term exposure (a few consecutive hours). However, repeated exposure over several years has not been assessed, yet. And this is precisely what vapers would expect from research, not speculations.

As a heated component it doesn’t cause anything either! The temp is way below that the Japanese so called researcher did trying to create anything he could detect out of it!

………….JOINT STATEMENT ON THE RE-ASSESSMENT OF THE TOXICOLOGICAL TESTING OF TOBACCO PRODUCTS”
7 October, the COT meeting on 26 October and the COC meeting on 18
November 2004.

“5. The Committees commented that tobacco smoke was a highly complex chemical mixture and that the causative agents for smoke induced diseases (such as cardiovascular disease, cancer, effects on reproduction and on offspring) was unknown. The mechanisms by which tobacco induced adverse effects were not established. The best information related to tobacco smoke – induced lung cancer, but even in this instance a detailed mechanism was not available. The Committees therefore agreed that on the basis of current knowledge it would be very difficult to identify a toxicological testing strategy or a biomonitoring approach for use in volunteer studies with smokers where the end-points determined or biomarkers measured were predictive of the overall burden of tobacco-induced adverse disease.”

In other words … our first hand smoke theory is so lame we can’t even design a bogus lab experiment to prove it. In fact … we don’t even know how tobacco does all of the magical things we claim it does.

The greatest threat to the second hand theory is the weakness of the first hand theory.

metals is really stretching it isn’t it. You cant find anything wrong with ecigs and the liquid is already FDA and EPA APPROVED. As a disinfectant in hospitals. Id do a quick retraction hand back the grant money and save my reputation NOW.