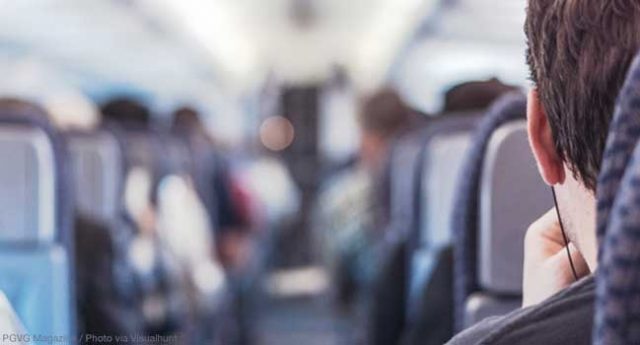 The Consumer Advocates for Smoke-Free alternatives Association (CASAA) and the Competitive Enterprise Institute (CEI, Washington, D.C.) filed a lawsuit, on April 28, challenging the Department of Transportation (DOT) in the name of its Secretary, Anthony Foxx.

The contest is against the recent Federal regulation that bans the use of personal vaporizers on board of aircrafts. According to CASAA, the DOT is not allowed to issue such regulation.

The DOT published on March 4, 2016, a Final Rule entitled Use of electronic cigarettes on Aircrafts that explicitly bans the use of the device on all flights where smoking is also banned. This includes passenger interstate, intrastate and foreign air transportation. Their concern is “the potential adverse health effects of secondhand exposure to aerosols generated by e-cigarettes, particularly in the unique environment of an aircraft cabin”.

Department of Transportation has acted “arbitrarily” and “capricisously”

The CEI indicates that Airlines are free to regulate the use of electronic cigarettes on their commercial flights, which most of them effectively did. The new regulation is then not only unlawful but also useless.

Julie Woessner, Executive Director of CASAA declared that “Congress never gave DOT any authority to regulate vaping on airplanes”. The organization opposes DOT’s “illegal use of imaginary powers” to promote an “anti-vaping agenda”.

“Congress never gave regulators the power to prohibit e-cigarette use aboard aircraft,” said Marc Scribner, a fellow at CEI. “The Department of Transportation is inventing authority it clearly does not have. Anyone concerned about government overreach should be worried by this abuse of power”.

Vaping should NOT be allowed on commercial flights. It would be terribly inconsiderate and unfair to the other passengers. This isnt the 70s when everyone would smoke cigarettes on planes. As a vaper and aviation advocate, I think this is a stupid fight.

I have to agree with Mark Wainer in such close quarters it would be rude to vape there are those with sever asthma or allergies and they paid for the flight just like I did so why should they have to deal with clouds of vapor in their face. It is not unreasonable to refrain while in flight at least for me anyway