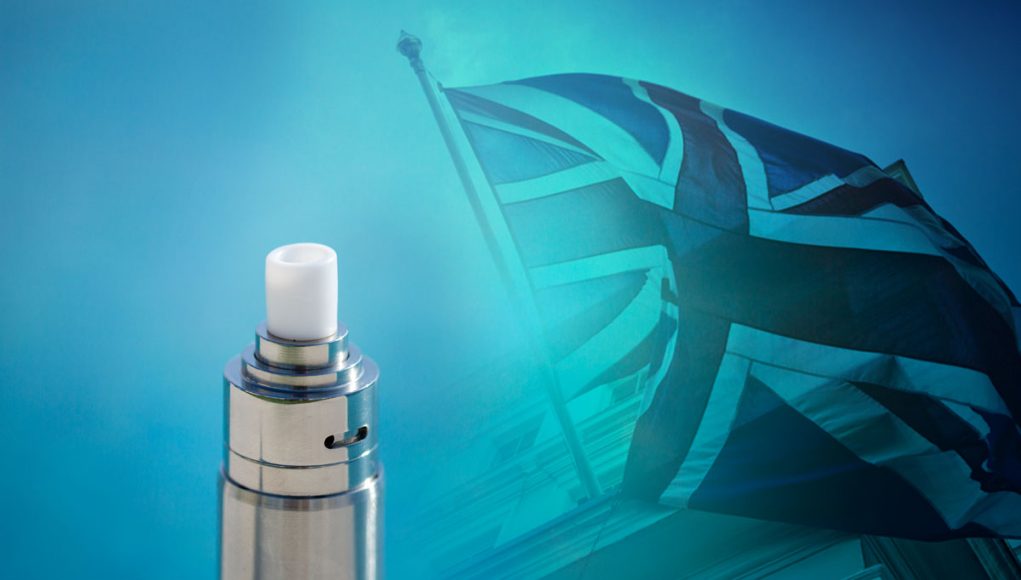 Public Health England has intervened in the increasingly controversial spread of vaping bans across the UK, with the launch of a new framework for businesses and employers. There has been widespread confusion in Britain, with many businesses mistakenly believing that vaping is covered by Smokefree legislation; sports grounds and train operators seem to be a particular problem. Now PHE is attempting to set the record straight and encourage businesses to develop sensible policies.

The new guidance sets out clear goals that any vaping policy should aim to achieve. These are:

The policy was launched at a conference run by PHE and Cancer Research UK, and PHE’s Kevin Fenton took the opportunity to emphasise that e-cigarettes are far safer than lit tobacco and should be treated differently. He encouraged businesses to look for benefits from the technology as well as risks, and dismissed concerns about “secondhand vapour”.

This new move by PHE cements the UK’s place as the most enlightened nation in its approach to vaping. Unfortunately some public health groups continue to follow a prohibitionist path, but the general trend is in the right direction.

In less positive news from the UK, Monday’s House of Lords debate on the EU TPD ended with a defeat for two pro-vaping motions. One, condemning the advertising ban imposed by the TPD, was withdrawn by its proposer; the other sparked a lively discussion but was defeated by 91 votes to 57.

The defeated motion was proposed by Lord Callanan, a former MEP who fought hard against the TPD in the European Parliament, and started out as a fatal motion – if passed it would have blocked the TPD from becoming British law. This was watered down into a “regret” motion, an official mark of disapproval, but that hasn’t stopped ASH from lobbying fiercely against it. Often viewed as supportive of vaping, ASH provoked a strong backlash in May by publicly backing the TPD restrictions. Chief executive Deborah Arnott dismissed concerns by claiming that “only” 9% of vapers risked being forced back to smoking.

Tough enforcement of a widely criticised security rule is decimating the vaping industry in Indiana. The state’s regulations on the industry, passed last year and still subject to a series of legal challenges, is now starting to bite – and the worst aspect is a requirement for all manufacturers to hire a state-approved security company to guard their manufacturing facility. Until 30 June only one company – based in Lafayette, Indiana – had been approved, making it almost impossible for out of state manufacturers to do business. A California company was approved by the state at the end of June but that approval may now be withdrawn.

Currently only six e-liquid manufacturers are allowed to sell in Indiana under the new law. The state requires any juice company to have a five-year contract with an approved security company; with only one company being approved, they effectively have a veto on who can sell to Indiana vape shops. Among other things, security companies have to be certified by the International Door Association; it’s hard to see how this relates to the safety of e-liquid. The strictness of the law has sparked complaints that the real aim is stifling the industry, not promoting public health – a familiar pattern with anti-vaping laws. Hundreds of vape shops in the state have already closed, and it’s hard to see how the others will survive.

Two e-cigarette vendors in Western Australia were raided by the police on Wednesday, according to the New Nicotine Alliance Australia. More than AU$10,000 of stock was confiscated, with the police claiming they wanted to test liquids for nicotine. However, hardware was also taken in the raids.

In separate news a Queensland vaper has had all his equipment and liquid confiscated by the state police and has now reverted to smoking. Australia’s policies on vaping continue to be among the most repressive in the world; despite increasing evidence that vapour products are a safer alternative to tobacco the country remains determined to stick with prohibition.