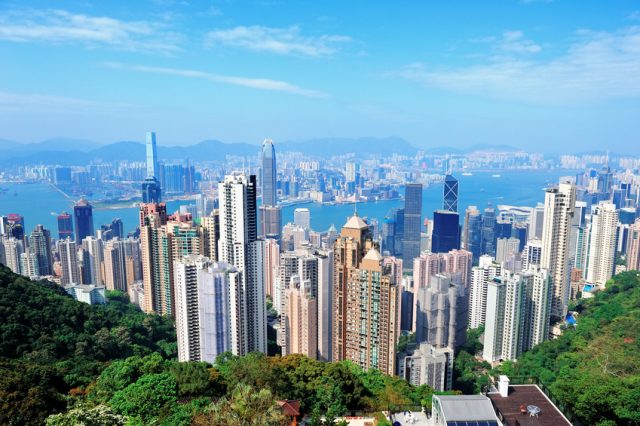 Director in regulatory and medical affairs of Nicoventures in the Asia-Pacific region, Dr. Stephen Jenkins, is currently in Hong kong communicating with local politicians, and presenting research to promote the benefits of regulating vaping products rather than banning them totally. Jenkins is pointing out that since e-cigarettes contain no tar and there is no combustion involved in the vaping process, they are significantly safer than their tobacco containing counterparts, at least 95% to be precise. He presented the lawmakers with the renowned study released by Public Health England and Royal College Of Physicians which supports his claims.

Dr. Jenkins stated, “Our view is electronic cigarettes, as they are in Europe, should have dedicated regulation to ensure that they are available to smokers and not sold to under 18s, with quality standards in place to ensure that the devices and liquids are reliable,” adding “The data and the experience globally is clearly in one direction: that they should be available and they should be regulated. […] I am very happy to have an open discussion with the [Hong Kong] government and be challenged on the evidence.”

The data and the experience globally is clearly in one direction: that they should be available and they should be regulated. […] I am very happy to have an open discussion with the [Hong Kong] government and be challenged on the evidence.”Dr. Stephen Jenkins, Director of regulatory and medical affairs at Nicoventures

He pointed out that Canada and New Zealand are now taking steps to regulate the products and that Australia is currently reconsidering its own stance. In line with all this, the World health Organization has taken a step back from supporting a complete ban, and is expected to reveal its position officially at the Conference of Parties, COP7 which which will be held in Delhi India, the coming November.

Why a ban would not be effective

The Director in regulatory and medical affairs of Nicoventures, a company that was set up in 2010 by British American Tobacco (BAT), and whose niche is producing and selling non-tobacco nicotine products, pointed out that if a total ban had to go into effect, vapers in Hong Kong would resort of obtaining the products from the black market, hence increasing criminal activity whilst purchasing unregulated therefore possibly unsafe products. Also, vapers would be able to easily obtain the products from Shenzhen, a Chinese City immediately North of Hong Kong, which is where 90% of the devices are currently imported from, hence it makes more sense to regulate the products, ensuring that consumers are using reliable devices.

Hoping that the government considers all the data

Under the current Pharmacy and Poisons Ordinance (Chapter 138), nicotine is considered a poison, therefore while non-nicotine containing vaping products are non-regulated, their nicotine containing counterparts need to be registered with the Pharmacy and Poisons Board before sale or distribution. “I hope that the government can present more justifications before presenting its proposal of a total ban in front of the LegCo,” said legislator Kwok Wai-keung, in a statement that brings hope to vapers in Hong Kong, adding, “In the meantime there should be amendments to the Smoking (Public Health) Ordinance to keep e-cigarettes away from the minors.”